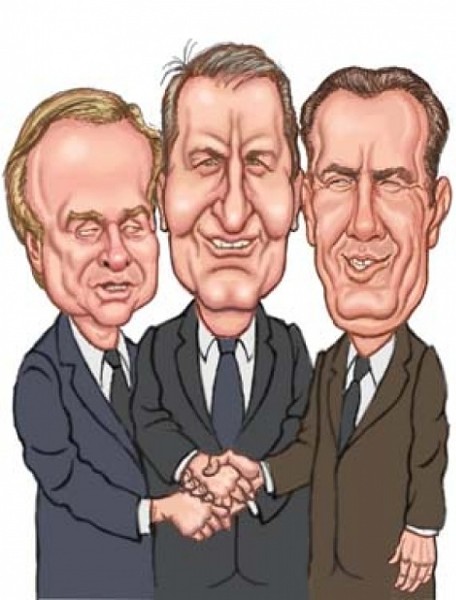 Joseph Steele, senior partner in the high-profile personal injury law firm Siegfried & Jensen, will tell you that combined decades of experience made him and fellow attorney Matthew Garretson the natural choice to help represent the State of Utah in a massive class-action lawsuit against the makers of the drugs Zyprexa and Vioxx.

Steele waged whopping lawsuits against asbestos-company bosses in the ’80s. Garretson, an Ohio lawyer, has vast experience in fighting Medicaid fraud. What else might explain why Utah Attorney General Mark Shurtleff made a beeline for them when hiring help on the cases?

Thousands of plaintiffs across the country have alleged both Zyprexa and Vioxx caused serious side effects their manufacturers intentionally hid from consumers—an increased risk of heart attack with the arthritis pill Vioxx, and dangerous weight gain with the widely prescribed antipsychotic Zyprexa. Several states have joined a lawsuit, hoping to win damages on behalf of people who took the pills—many of them poor, homeless and recipients of Medicaid.

In pursuing action against these drug makers on behalf of the state of Utah, Shurtleff had to hire lawyers beyond his own staff to help fight to recover money for the state’s Medicaid program. The payback may be upwards of tens of millions of dollars. With experienced law firms to choose from in Utah and across the nation, ultimately Shurtleff didn’t need to look any farther than the back of the phone book.

Shortly before Siegfried & Jensen’s Steele secured the contract, the firm hired Ambra Gardner, Shurtleff’s daughter, to work as a paralegal. She came to the job with no previous experience, sources say. For less than a year, she was the top paralegal in the firm’s mass-torts division, working on cases like Zyprexa and Vioxx.

Sitting inside his third-story office at Siegfried & Jensen in Murray, Steele says employing Gardner at the firm had no influence on the attorney general’s decision awarding the contract. “No,” says Steele, quietly, shaking his head. “We’re competent to do it. We’re doing it in a way that’s scientific, and that’s rational. Frankly, we are the only ones that have managed to get the job done.”

But a question remains: Was Steele’s firm the only firm to get the job done because it was the only one offered the job?

Instead of opening a bid process where competing firms would pitch their expertise to the state, the lucrative prescription-drug-case contracts were awarded on a no-bid basis. Deputy Attorney General Raymond Hintze, Shurtleff’s point man on Zyprexa, says the Attorney General’s Office was only in contact with five firms as potential candidates. Hintze also says his office approached only one firm directly as a potential hire; the other four approached the state after hearing about the legal auditions through the professional grapevine. Siegfried & Jensen’s Steele headed up one of these efforts through the affiliated Garretson Steele law firm, which would subcontract help on the state cases to several other Siegfried & Jensen attorneys—including founding partner Mitch Jensen.

Arguing the awarding of the contract solely on merit and legal experience, Steele did not mention the fact that Siegfried & Jensen has provided a steady flow of campaign contributions to Shurtleff’s re-election effort in the past two years. Campaign finance disclosure forms show the firm donated $30,000 since 2006, when the state contracts were granted. Another $5,000 came to Shurtleff in the months just before the contracts were formally signed—approximately the same time period his daughter was hired.

Maybe these near-simultaneous events—the generous campaign contributions, his daughter’s employment and the awarding of the legal contracts—were simply a bad coincidence for the attorney general.

“Bad coincidence?” Shurtleff asks a City Weekly reporter. “Maybe, if you’re trying to write a sensational story, it is.”