Catherine Healey proposed to Janet Cope in the couple’s back yard on May 13, 2008. She recalls feeling jittery as she dropped to one knee, ready to pop the question. “I thought she might say it was a dumb idea.” Instead, Healey’s partner of 13 years grew quiet and teary. Moments later, Cope said, “Yes, yes, yes.”

Before their summer wedding in San Francisco, Healey, 41, and Cope, 43, joked that they planned to register for wedding gifts at Home Depot. Reflecting more seriously, they say if they were to create an actual gift registry, it would invite well-wishers to donate to either the Utah AIDS Foundation or the Humane Society.

Martha Amundsen and Lisa Altman feel that posting their wedding announcement in The Salt Lake Tribune put a human face on the contentious concept of same-sex marriage. They say their legal marriage performed in California hasn’t inherently changed their relationship, but “it gives it dignity and respect,” Amundsen says. “Our being visible allowed people to start conversations about it.”

Once the paid announcement hit print, the pair received “tons of e-mails” along with phone calls and letters. “They were all nice. People who are upset aren’t saying they are upset to me,” Amundsen says.

Dressed in matching champagne-hued silk tunics and pants, Amundsen and Altman, both 42, were legally married on June 27, 2008. Their ceremony coincided with Gay Pride weekend. The San Francisco City Hall was “a buzz of energy and excitement with 300 couples getting married that day,” Amundsen recalls. “Because the rotunda is so huge, they could have many ceremonies going on in different places. Whenever one ended, people cheered and hollered.”

Healey and Cope traveled to San Francisco on Aug. 13, where Healey’s aunt witnessed their ceremony. Healey’s sister wanted to throw a wedding shower, but Healey invited her to just bring a side dish to a celebratory barbecue in Utah later in the fall. Cope says that the reality that she was able to look Healey in the eye and say, “I do,” was “validating and heartfelt, and brings together where we have been for 13 years.” 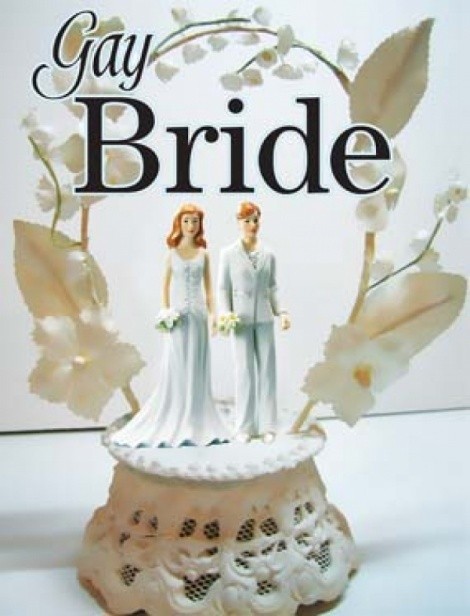 The issue of same-sex marriage centers on concepts as basic and lasting as the desire to find a partner for life, the hope of building a joint future with emotional and economic security and the longing to create a family—just as generations of heterosexuals have always done. While opponents feel that the very idea of gay marriage violates the basic definition of marriage as a union between a man and a woman and is both legally and morally wrong, proponents say the opportunity for gay couples to marry legally is a fundamental right, denied for too long. The couples in this story feel that pursuing a legal marriage validates the sincere, authentic relationships they have forged with their significant others. From their perspective, this is a logical step forward in their lives.

And, like thousands of others across the United States, these couples have headed to California, or plan to go there, for a legal marriage ceremony. Their wedding plans unfolded against the backdrop of Proposition 8, which would amend the state constitution (as Utahns did in 2004) to read that marriage is legal only between a man and a woman. California voters will decide on Nov. 4. Were the Election Day measure to pass, it would nullify a May 15, 2008, decision of the California Supreme Court that struck down all previous prohibitions against same-sex marriage. The court on that day ordered the state to start recognizing same-sex marriages on June 17.

Since that day, a steady stream of gay couples, whose unions would not be recognized in most other states, has married in California. UCLA’s Williams Institute on Sexual Orientation Law and Public Policy projects that about half of California’s more than 100,000 gay and lesbian couples will wed during the next three years and that 68,000 out-of-state couples will travel to California to marry.

Fervent support for Proposition 8 has poured into California from across the country. The Roman Catholic Church is officially opposed to same-sex marriage as are most evangelical Christian sects and conservative Protestant denominations. Among the most vested opponents to same-sex marriage is The Church of Jesus Christ of Latter-day Saints. From its world headquarters in downtown Salt Lake City, church leaders have said the church’s position on marriage between a man and a woman is “unequivocal.”

The church is directing proponents of Proposition 8 to the Web site ProtectMarriage.com According to the site, Mormons worldwide have kicked in about $5 million in fighting same-sex marriage in California. The orchestrated LDS Church effort was enough to outrage Bruce Bastian, co-founder of WordPerfect, who lives in Orem. A gay philanthropist and ex-Mormon whose foundation strongly supports human rights and arts organizations, Bastian recently donated $1 million to fight Proposition 8. “The LDS Church has no business [sticking] their big nose in something that’s a legal matter, not a religious matter,” Bastian told The Salt Lake Tribune.

Meanwhile, as the political and culture wars about same-sex unions go on, many Utah gay and lesbian couples are taking advantage of a legal leg-up while they can.