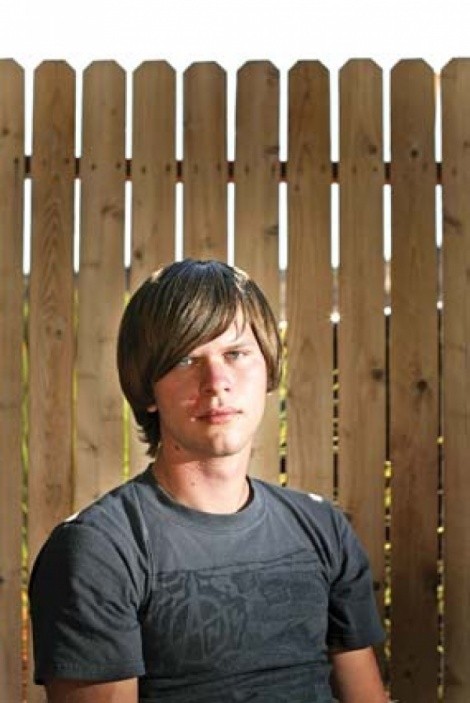 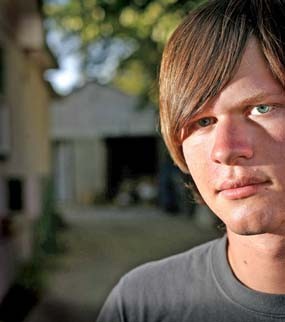 Anyone who’s spent much time here knows the simple two-story building with a white exterior and the gold-scripted “82” on the front door. Locals call it “the house just off Bluff.”

Located near the intersection of 700 South and Bluff Street, the house has a big picture window looking out on a busy street zoned for homes and businesses. There’s a small, concrete stoop in front and a driveway leading back to a detached wooden garage. A couple of bikes are parked there, but only one car. A full-size punching bag hangs from a corner of the garage. Two threadbare couches and a barbecue grill add a homey touch to the back yard.

This is a place for teenage boys—usually about a dozen at a time live at the house. Under city zoning rules, the house just off Bluff is defined as a homeless shelter. It’s a safe spot and if all goes well, a halfway point to somewhere better: School, work and eventually, healthy adult relationships. For the past eight years, beginning when the boys started fleeing from the FLDS border towns of Hildale, Utah, and Colorado City, Ariz., the news media has called them the “lost boys.” The boys themselves seem to understand the nickname is simply shorthand for a complex issue. But they dislike the name just the same.

They started showing up in St. George and other Washington County towns about the time their leader, Warren Jeffs, cracked down on the twin communities and severely limited sect members’ exposure to the outside world. In 2000, Jeffs, considered the living prophet of the Fundamentalist Church of Jesus Christ of Latter Day Saints, ordered all children removed from public schools. He wanted them home-schooled. Over the next few years, a legal net began to tighten around Jeffs for his alleged part in arranging marriages of underage girls to much older men. Convicted last year on two counts of rape as an accomplice, Jeffs is serving 10 years to life in the Utah State Prison.

The popular media account of the lost boys goes like this: Jeffs and other older FLDS men turned them out of Hildale and Colorado City because they created competition for older men seeking much younger women. People who have worked with the boys say there is some truth in that. But, says Michelle Benward, a psychologist who spends many hours a week at the house off Bluff, there is much more to the boys’ backgrounds than the simple media spin.

“A lot of them are out [of the FLDS community] because they are simply going through normal teenage rebellion and the culture isn’t as accepting of it as the rest of society. Some leave on their own when they realize they can’t live the strict way their parents demand of them. There are different reasons for how they end up here.”

Whatever the reasons for their exodus, the boys are now an integral part of St. George culture, and they continue to move through the house. In the past year, Benward says, 114 boys have come through. They are moving into jobs—mostly in the construction industry—and attend public school. They are learning about the dating scene. One thing is for sure: The lost boys of the twin towns have found a world they could never have imagined had Warren Jeffs not fallen so far.