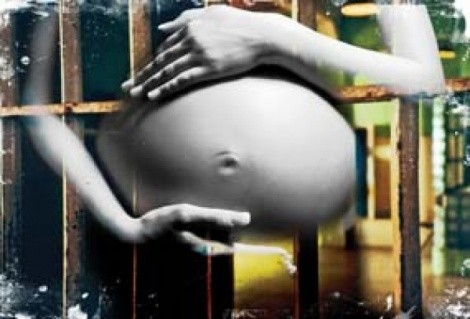 Crystal’s earliest memories were of betrayal and the destruction of trust. She says her older brother sexually abused her when she was 4, a scar she carried in silence all her life. It made mourning her brother’s early death when he was 17 an unemotional affair.

Two years later, her estranged father committed suicide by driving his car off a cliff. While her parents’ marriage had been abusive and frightening, Crystal at age 10, couldn’t stop blaming herself for their divorce. She would eventually learn her father cheated on her mother and fathered a child with a 15-year-old girl.

Her childhood had been turned upside down by lies, abuse and mistrust. Even birthdays in her family were harbingers of despair. “All the deaths in my family were around birthdays,” Crystal says, noting her father’s suicide two days before his birthday and her brother’s death four days before her birthday.

Crystal embraced drugs—the addiction, at least, wouldn’t abandon her. “How could it leave me? This was mine, and I could keep a hold of it.”

Crystal (City Weekly is using only her first name for reasons of confidentiality) went the way of many addicts, through a series of crimes and court dates. But, unlike many who roll through Utah’s 3rd District Court (which has jurisdiction over Salt Lake, Summit and Tooele counties), Crystal had more than herself to worry about. At age 22, she shared her hollowing methamphetamine addiction with her unborn daughter.

Being pregnant and addicted didn’t mean much to her at the time—except as an excuse to plead before a judge to avoid jail time. She hoped authorities would see that jail was not the place for an expectant mother.

Crystal was wrong. Seven months pregnant, she was sentenced to three months in the Salt Lake County Metro Jail on a grand-theft-auto conviction. She would give birth to her baby girl—as a county jail inmate—on Sept. 6, 2006.

Increasingly, judges are faced with what to do with pregnant defendants like Crystal. In sentencing the women, they struggle to balance the reality of limited jail space against months-long waiting lists for community drug-treatment programs. With treatment-center beds so hard to come by, judges hand pregnant women jail sentences to provide them at least with safety and some prenatal care. Judges know it’s a stopgap measure.

Some on the bench have sentenced certain drug-addicted mothers to longer terms than actually fit the crime. With no rehabilitation readily available, their thinking goes, jail might keep the women away from drugs long enough to allow their babies to be delivered with fewer complications. Though, realistically, most of the babies will be born into a world where drug withdrawal is one of their first sensations.

The Big House Maternity Clinic
Last spring, Salt Lake County Sheriff’s officials were pushing through a routine, weekly budget meeting with the County Council when they happened to mention that, of slightly more than 300 female inmates at the county jail, 20 were pregnant. Silence fell over the room as the sobering fact set in.

Since before that meeting, the Sheriff’s Office had begun tracking information on pregnant inmates and the ever-growing medical costs incurred by even this small segment of the jail population. 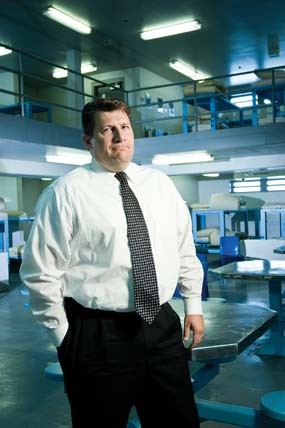 “It’s significant when you start talking about health care and the cost of delivery,” says Rollin Cook, corrections bureau chief for the county Sheriff’s Office. Cook and his staff are still gathering numbers on the trend of pregnant inmates but are concerned about what they’re seeing. With skyrocketing health-care costs everywhere, the jail’s infirmary struggles with adequate care for a population—male and female—that battles drug addiction and its devastating effect on inmates’ overall health.

“Speaking from a law-enforcement experience, a lot of us believe this is part of the meth problem,” Cook says. “Meth is eating these people from the inside out. [They’re] coming in with cancers they’ve never had before. Same with the women. Think about it—[for pregnant inmates] it is a very high-risk pregnancy.”

Still, the risks to these women on the street makes jail prenatal care a potential lifesaver—for mother and child. But for the Sheriff’s Office, constantly struggling with a facility considered a budgetary black hole, accommodating inmates at high medical risk strains their resources.

“The problem is the jail is really caught between a rock and a hard place,” Cook says. “Judges want [pregnant inmates] off the street because, when they’re on the street, they’re using drugs and putting their babies and themselves at risk. [But, at the same time,] the jail is trying to contain costs, and we’re trying to watch what happens with county taxpayer money. Sometimes we get put in the position of having to be the caretaker rather than the person responsible for the jail.”

Exact numbers are hard to extrapolate. One pregnant inmate could spend a week in jail and then come back to serve more time at the end of the same month. The nature of addiction and crime feeding off each other means some women make multiple trips to jail every year. Cook’s office estimates that the jail averages 21 pregnant inmates a month.

All of the women have access to University of Utah Medical Center for regular prenatal checkups, deliveries and abortions, but only if medically necessary (a taxpayer-funded elective abortion, even in the first trimester, is not a legal option). Inside the jail, doctors spend most of the week either on-call or making visits. On-site, full-time nurses make rounds throughout the jail performing checkups and distributing vitamins.

“Oftentimes, it’s better than anything they would receive on the outside, and that’s why judges want them in here,” Cook says. But the bills add up even for a small number of pregnant inmates (see "Bills From Behind Bars," page 4).