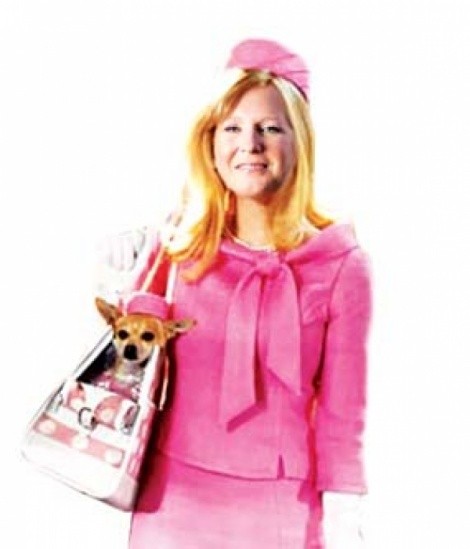 It’s past midnight and all the house lights are dimmed in a faceless South Jordan neighborhood. All the houses, that is, except one. There’s a party going on. Young people noisily come and go at this McMansion set in an otherwise sleepy cul-de-sac. Vehicles fill the home’s driveway and line the narrow streets. At 4 a.m., one neighbor, awakened by the sound of slamming car doors, has had enough and begins to call the police.

She’s been down this path before. This party is taking place March 14, 2008, at the home of Lohra Miller, Salt Lake County district attorney. On Nov. 6, 2007, Miller angrily denounced as “lies” allegations she condoned underage drinking, operated a secret law firm and ran an unlicensed day care, all inside her home. Utah Attorney General Mark Shurtleff cleared Miller of the allegations. Shurtleff must not have looked very hard.

The parties at Miller’s place died down after neighbors’ complaints attracted attention from the press and authorities late last year, next-door neighbor Jen Zielinski says. But now the neighbor claims it’s back to every weekend.

“When the media stuff was going on, [Miller] said how hard it had been on her family. That bothers me,” says Zielinski. “People think that we’re the bad guys. People think we’re liars. All we did is say what we saw going on that we didn’t believe was right. She got vindicated. And we’re the ones getting woken up in the middle of the night.”

Zielinski has turned to videotaping through her window to get someone to believe her. She’s not the only one.

A private investigator contacted about the Millers also has been filming.

Todd Gabler, principal investigator for Rüdiger Investigations in Springdale, spent months interviewing witnesses, following the district attorney with a video camera, even combing through Miller’s trash. Gabler won’t name his client but says it isn’t the Zielinskis or anyone else from the Millers’ neighborhood.

“In November 2007, Lohra Miller said, ‘None of this is true; just call law enforcement,’ which of course we did. It turns out her statements are false,” Gabler says.

The results of Gabler’s work are striking. They’re also obvious. The documents he examined would have been available to anyone else—had anyone else bothered to ask. No one did.

Lohra Miller did not respond to repeated requests for an interview left with Miller’s office assistant and the district attorney office spokesman. City Weekly’s messages for her husband Lorenzo Miller, left with the secretary at his law office, on his cell phone and his work email, were not returned.A “Very Thorough Investigation”

When results of the attorney general’s two-month investigation clearing Miller came out in January 2008, Miller trumpeted to The Salt Lake Tribune, “I knew there was nothing to the allegations.” That morning, next-door neighbor Gary Zielinski phoned up the attorney general’s investigator. “How [is it that I can] tell you everything? … Then you come out and say you can’t find anything?” he recalls asking.

Murphy says the attorney general, “did a very thorough investigation" into allegations of underage drinking and drug use. "We didn’t call any of the neighbors liars,” he says. But no one the attorney general’s office interviewed was able to provide any concrete evidence against the Millers.

Gabler, the PI, interviewed different people. Among his finds is a man who attended a party at the Miller home and who claims underage drinking was indeed occurring there, though it is not clear the Millers were aware of underage drinkers. It is but one of many rocks the attorney general apparently didn’t look under during his investigation. Maybe he figured it was small potatoes.

The sorts of things that Miller stood accused of by neighbors weren’t the usual stuff of big-time state attorney general investigations. It was said she was a bad neighbor, or a bad parent; she was said to flaunt local city zoning laws and thumb her nose at less binding neighborhood restrictive covenants.

The South Jordan Police Department did look, however. Police department documents show an investigation of the Millers was launched in March 2005, only to be shut down two months later after a police investigator called Lohra Miller to follow up.

“Spoke with Lohra and she said she moved the business to another location,” the officer’s May 2005 report says.

Evidence suggests that was simply not true. The law office would continue operating in the Miller house for another six months, until the Ivory Crossing homeowners association sent a notice to the Millers saying they had to either close the law firm or be sued. A letter from the association attorney dated Oct. 10, 2005, states, “The management committee which has a fiduciary duty to enforce restrictive covenants has received complaints from other residents about your home.” Complaints included:

The letter continues: “Although you have been asked before to comply with the governing documents, you have for reasons unknown been unwilling or unable to comply. … Unless you stop the traffic, the parked cars and the operation of the home business and day care immediately and permanently, I have been instructed to file a lawsuit.”

The Millers were charged $129.65 to cover the cost of having the attorney write and mail the letter.

Meanwhile, during the time it now appears Miller was operating a law firm without a license, Miller, as prosecutor for Taylorsville city, was charging four Hyundai dealers with selling cars without a license during a special summer 2005 event in the Taylorsville High School parking lot. Court documents show each dealer pleaded out the case for $3,000.