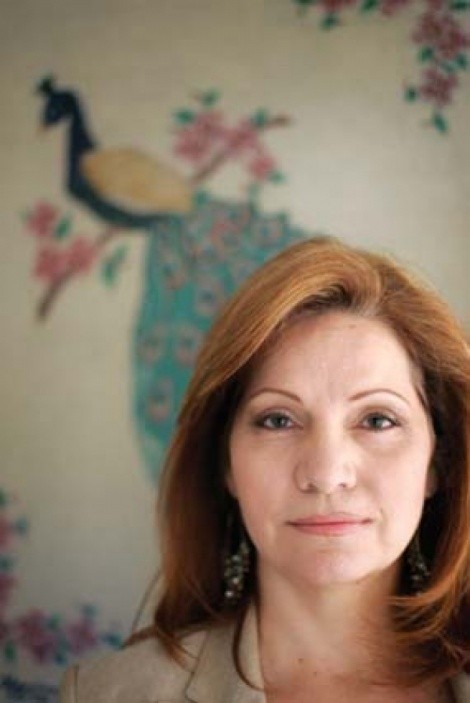 LAS VEGAS—Six-year-old Kathleen Mackert packed a suitcase she found in the closet. She put in some food from the kitchen of her family’s home, a blanket, a change of clothes and her nightgown. It was after school and her mother wasn’t home from work. She set off down the street in Kearns, determined to find new parents. Her mother and father could not be her parents. Not a man who did such terrible things to her. Not a woman who failed to protect her from him. They couldn’t be her parents.

She says she had tried to kill herself a few months before. “I was in hell, I might as well go there,” she recalls now, 44 years later. Her suicide attempt came shortly after her father started sexually abusing her. But her mother, Myra Tolman, interrupted her plans. Kathleen Mackert says her mother smelled the aspirin on her breath in the middle of the night and forced her to vomit the pills. Tolman says, however, she saw an empty aspirin bottle and a few pills scattered around her daughter’s bed, dragged her to the bathroom and made her vomit.

Kathleen Mackert walked through the quiet subdivision, spring buds marking the trees in nearby open fields. Surely a parent would find her, take her in for their daughter and love her. But as it grew darker, she couldn’t figure out where she was. She kept walking. No one came out to ask the scared little girl in a long dress, coat and thick braids if she wanted a new home.

“Kathleen Fawn Mackert,” her mother screamed at her as she pulled up in her car. She always used the full names of the seven children she had with her polygamist husband, Clyde Mackert, when she was angry. “What do you think you are doing?” 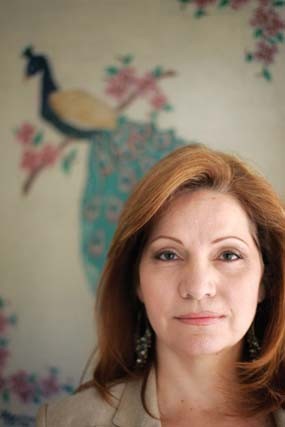 Tolman is now 77 and raises Shih Tzu puppies in Bonners Ferry, Idaho, a few miles from Winston Blackmore’s breakaway polygamist community in British Columbia, Canada. She lives with her eldest daughter, Mary, now a Southern Baptist. None of the seven children Tolman had with Mackert live in polygamy. But Tolman still believes in the principle, even though she stopped being a plural wife many years ago.

She doesn’t recall Kathleen running away, although Kathleen’s older sister Rena vividly remembers crying at the door as her sister left. Tolman also disputes her daughter’s version of the suicide attempt. “Kathleen was always eating things she shouldn’t,” she says. However, she adds, that was also around the time that, whenever Clyde Mackert came to visit and sat in the living room with his third wife and children, Kathleen would stand terrified in the hallway.

“I don’t know why she’s so afraid of me,” Clyde Mackert would say to Myra. No one knows, Kathleen Mackert says, of the 27 children he had, how many her father molested.

“No pancake is so thin that it doesn’t have two sides,” Tolman says, who acknowledges that her husband abused her daughters. For her, “my children grew up in a very loving family.” She says she knew nothing about the sexual abuse by her children’s father until 1978, 20 years after Kathleen was born. “I never dreamed a man so religious would be doing things like that with his daughters,” Tolman says.

Kathleen Mackert accuses her mother of rewriting history. “Mothers in that society do not protect their children,” she says. When she watched the women from Yearning for Zion ranch crying for the children the state of Texas took from them in early April to protect them from a culture that allegedly was rife with physical and sexual abuse, she saw only crocodile tears, even as she found herself crying. Suddenly, Kathleen Mackert was 6 years old again, desperate for someone to rescue her from her own family.

On May 28, the Texas Supreme Court ruled that 468 children of parents belonging to the Fundamentalist Church of Jesus Christ of Latter Day Saints had to go back to their families. “On the record before us, removal of the children was not justified,” the justices said in their ruling.

The courts have spoken. But Mackert has her doubts about the children’s safety and their future—most certainly if their childhood in polygamy turns out like hers. Clyde Mackert and his first three wives achieved national fame after the 1953 Short Creek raid when they were prominently featured in a Life magazine article. Photographs from the story depicted smiling adults in a rural setting, sewing or gathered around the piano for evening hymns.

Behind the smiles, though, Mackert says, was a world where men pounded on the pulpit as they preached that, “a parent may beat a child nigh unto death for direct disobedience.” Her story, with its extraordinary twists and turns from the dark, gothic terrors of her childhood through six years as an exotic dancer, reveals much about institutionalized abuse within the FLDS community as she was growing up, and how that abuse plays out in later years.

Until the YFZ ranch raid, Kathleen Mackert had not, as she puts it, “done media.” Then she started appearing on the Fox network, professionally commenting on developments in Texas. She has done countless hours of therapy to combat the corrosive nature of her upbringing. Part of the battle to overcome that upbringing led her, she says, to a job as a stripper, until it became too destructive.

She says the image of people who leave polygamy is that they are doomed. “They become dropouts from society, marginalized, victims. I never used drugs, I never wanted to lose control. For me, it was about being in control. Everyone has a coping mechanism. Mine was stripping.”

For the FLDS, Kathleen Mackert’s eventual divorce from her husband and move to Las Vegas “confirmed all their worst suspicions about the outside world.” She says she danced for many celebrities. Members of the Utah Jazz came in one day at 4 a.m. after their plane was stranded at the airport. One of the players, she says, was so infatuated, he wanted her to come back to Utah.

“If only he knew how much it took me to get out of there,” she says, laughing.

Today Mackert lives alone in an apartment in a gated community in Las Vegas. She tends bar, dotes on her grandchildren and drives around town in an Audi convertible with the top down. But the scars of her father’s abuse still linger. She’s drawn to unavailable men, she says, something she fights hard to combat. “That’s the hardest part to heal from.”