Some spicy dishes for those who like their fireworks edible. 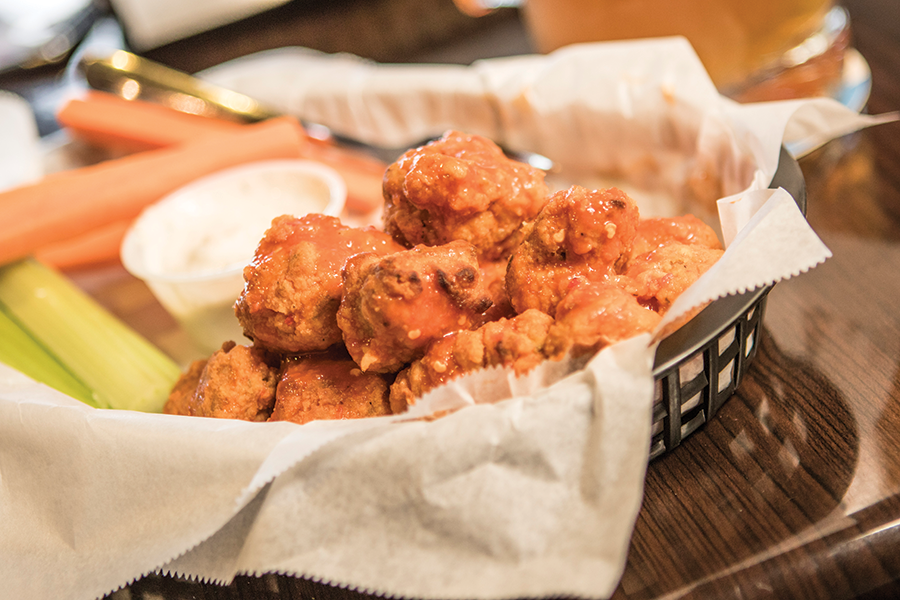 Like most everything, fireworks make me think of food. There's no better way to visualize the right combination of flavors and textures on the tongue than to sit and watch all those loud pops of color exploding across the summer night sky. Before taking that first bite, your mouth is a blank canvas of dusky nothingness. After that bite, however, everything fizzes, sparks and whooshes to life. Your taste buds frantically try to stay on top of all the action, and your brain stops fussing about whichever neurosis du jour happens to be front and center to utter some "oooohs" and "aaaahs" of its own.

The best way to set your mouth ablaze with the flavors and sensations worthy of the hottest time of the year is to check out places that aren't afraid to light the fuse beneath the spice powder keg. Cool and refreshing is all good and well in the summer months, but if you're looking to get some color this year, check out a few of the most scorching—and tasty—restaurants in town.

Kobe Japanese Restaurant
Years ago, Kobe hosted an eating challenge to pound some of its spiciest sushi rolls—if you were watching Man v. Food circa 2010, you undoubtedly saw the episode where Adam Richman attempted said challenge. In the years since that episode aired, the restaurant nixed this trial, allegedly because bros from all over the place were stomping in with their YouTube entourages and wrecking the serene atmosphere of this Millcreek mainstay. While they don't offer it as part of a dining challenge, its memory continues to be honored with the Hellfire Roll ($7.50), which is still on the menu. This roll is made with spicy tuna, jalapeños and red hot pearls of a secret spicy sauce that is a true testament to the kitchen's skills at blending flavors. 3947 S. Wasatch Blvd., 801-277-2928, facebook.com/kobejapaneserestaurant

Pretty Bird
If you're a spicy food fan, Chef Viet Pham's love letter to Nashville-style hot chicken should be at the top of your list. Whether it comes as a quarter chicken ($9.50) or in a sandwich ($10.50), Pretty Bird's hot chicken is a masterwork of smoky flavors. As is the case at most purveyors of spicy food, diners get to pick the heat levels that they'd like to tangle with. If you want to take it to the limit, order your bird hot behind. It's the level above hot, and it's replete with heat. The nice thing about getting something spicy at Pretty Bird is that you're not just setting your mouth on fire—there's a harmony to the different spices that find their way into every nook and cranny of that beautifully fried chicken that keeps you coming back for more even when your mouth is begging you to stop. 146 S. Regent St., prettybirdchicken.com

Indochine
Every heat seeker has an experience with spicy food that made them feel like they have permanently injured themselves. Mine happened at Indochine. I was interested in their spicy hue noodle soup ($11) because it sounded like pho with a bit of a kick. Their hue evokes that cumulative effect that most subtly spicy foods share—the first few bites were fine, but, man, did those scovilles start to stack up. When I was about midway through the bowl, I could feel the heat lapping at the back of my eyeballs, which made me worry that I would eventually go blind. Luckily, I had no such lasting physical problems, but my pride still stings from my haughty underestimation of this furious red soup. 230 S. 1300 East, 801-582-0896, indochinesaltlake.com

Szechuan Garden
It's hard to pick just one dish from the menu of this Sandy favorite. Sichuan cuisine uses its signature peppercorns to straight up manipulate the senses when it comes to spicy food. The mapo doufu ($7.95), for example, is a simple dish of tofu cubes and minced meat that has been tossed in a volatile mix of chile and Sichuan peppercorns. It's almost as if the numbing sensation imparted by the peppercorns is there to protect you from the heat for just long enough to enjoy all those rich flavors. If you've never indulged in getting your tongue hijacked by Sichuan cuisine, this is the dish to start with. 1275 E. 8600 South, Sandy, 801-233-0027, szechuangardensandy.com

Trolley Wing Co.
A Salt Lake institution, the pictured Trolley Wing Co. made a name for itself by baking their wings twice instead of dunking them in a deep fryer. The breading on the outside serves a dual purpose—it's thick and crunchy enough to help tamper down the heat of their various buffalo wing sauces, but it also creates a landscape of unseen craters that tend to attract pools of hot sauce that explode on impact. Their menu has several sauce variations, but their traditional hot wings ($11) are the best bet. Their sauce plays with the familiar palette of vinegary acidity and tangy heat while letting the diner actually taste the chicken. It's also one of the best places to get vegan wings—their fried seitan tastes just as good as the chicken once it's all dressed up and ready to sink its teeth into your taste buds. The result? The word explosive comes to mind. Multiple Locations, trolleywingco.com