The local musicians who play Provo's Rooftop Concert Series are nothing if not eclectic, ranging from indie-rock band The Moth & the Flame to rap crew House of Lewis. But something the performers have in common is that they are usually in one of two places in their careers: on the verge of making it big, or in the center of mainstream success. However, pop-rock band Fictionist—who's performing at the Rooftop Concert Series' fifth-anniversary show with fellow Provo bands Neon Trees and The Blue Aces—doesn't fit neatly into either of those two boxes.

A few years ago, it seemed like Fictionist had "made it." In 2011, the band was a finalist in a contest to be featured on the cover of Rolling Stone. They were ultimately eliminated from the competition, but still seemed to be climbing upward, especially when they were signed to Atlantic Records shortly afterward.

Fictionist began working on their debut with the label, but, "It wasn't a really creative relationship and ultimately not good for the band," says songwriter, bassist and lead vocalist Stuart Maxfield. "It didn't really allow us to do what we do best." The album was never released, and Fictionist was dropped from the label in late 2013.

But the split "ended up being a really, really good thing," Maxfield says. After regrouping, Fictionist teamed up with June Audio producer Nate Pyfer to put together a new album, their first since their self-titled EP was released in 2012.

Essentially turning Maxfield's and, later, guitarist Robbie Connolly's homes into temporary recording studios, Fictionist "did everything completely different" on the new record than when they had worked with Atlantic, Maxfield says. "We took our time. We just worked when we felt like it, rather than being ... constantly under the gun at Atlantic."

And it was that unfettered, deadline-free creative freedom that allowed Maxfield, Connolly, drummer Aaron Anderson, keyboardist Jacob Jones and guitarist Brandon Kitterman to make the full-length Fictionist truly special. With Pyfer, Fictionist were given license to take risks and get "rid of a lot of the rules that weren't helpful before," as well as any pre-conceived expectations, Maxfield says. "We wanted to figure out what this record could be rather than pretend like we knew what it was before we even started, and that's kind of the downfall of what happened prior to this record. We had a lot of people telling us what we needed to be, and there wasn't a lot of room for discovery." 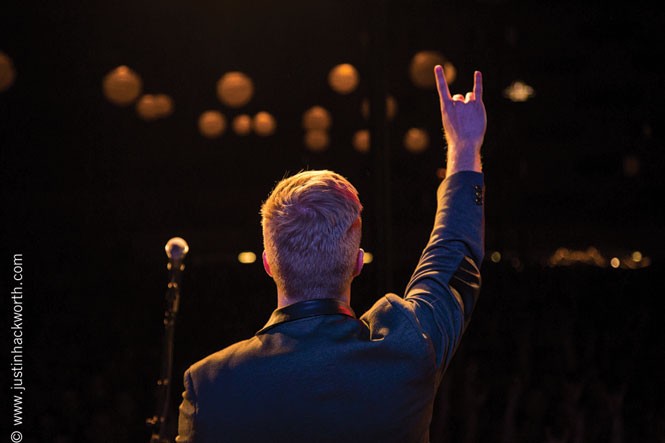 Discovery played a huge part in the Provo sessions. The recording setup was limited to what the band could fit into Maxfield's and Connolly's homes, so they had to find innovative ways to achieve the sounds they wanted, experimenting with unconventional instruments such as a junky keyboard Connolly found in a back room at his father's dental office. "The philosophy is we wanted to do the most with the least and not the least with the most," Maxfield says.

Not being tied to a label also gave Fictionist the room to make choices such as having Connolly sing co-lead vocals and also write for the first time, as heard on the dreamy but snappy rocker "Lock and Key." 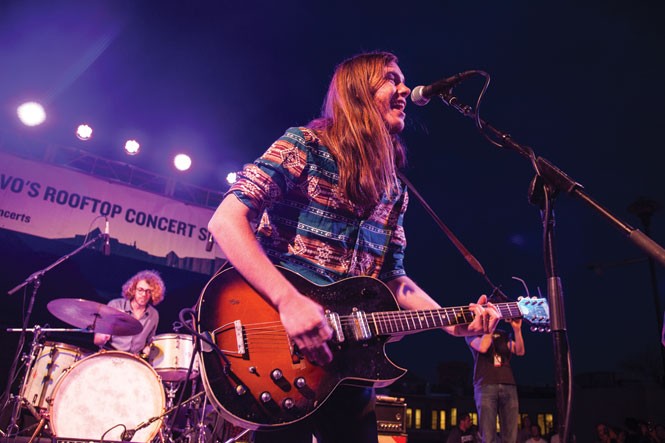 Now, Fictionist is ready to bring the product of their hard work to fans. "I think it's like Fictionist as I've always wanted people to hear it," Maxfield says.

Fictionist is set for national release Oct. 7, with an official release show at Velour on Oct. 17, but it will first be available at the Oct. 3 Rooftop Concert Series show, where the band will present their long-awaited new material to the scene that gave them their start. 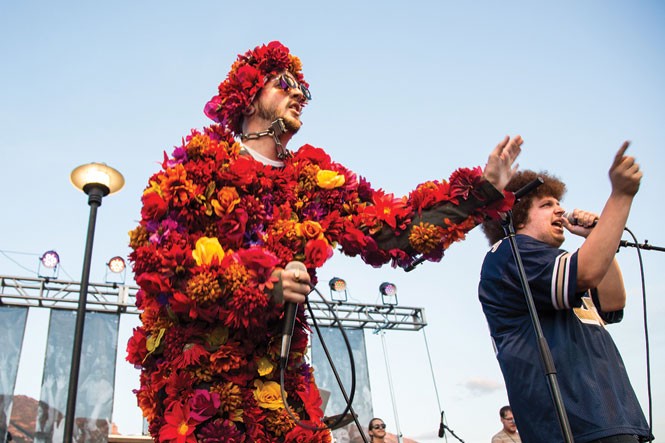 In the past, the Rooftop Concert Series has "given us the opportunity to realize our show on a bigger stage in front of a bigger crowd," Maxfield says. "As a writer, you are never sure how a song is going to travel in the negative space to the listener. It's fun to hear the tunes bouncing off the buildings in the middle of the city; there is a romance to it."

Fictionist is just one of many stellar acts that have helped make the Rooftop Concert Series a huge success. "If we didn't have a good music scene, if we didn't have like really good musicians writing really great music, the Rooftop Concert Series wouldn't be what it is," says C. Jane Kendrick, who is an original organizer of the series along with Sarah Wiley, Justin Hackworth and Mindy Gledhill. 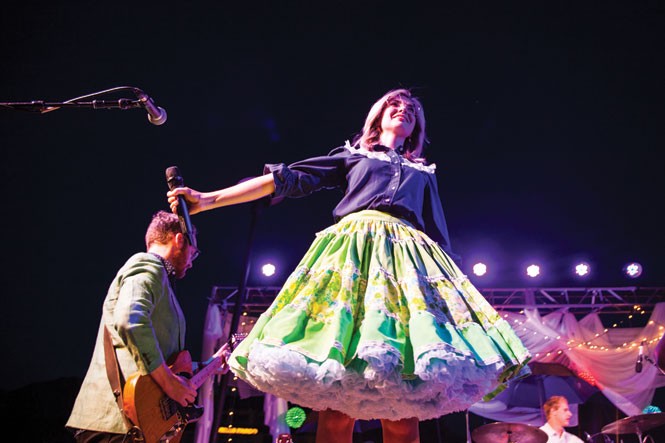 And Fictionist is excited to be back at the Rooftop Concert for a show that will begin a new chapter for the band.

"This show really feels like a reward for us hanging in there for the last couple years," Maxfield says. "We are excited to show people what exactly we have been up to. Given the amount of time our fans have had to wait for this record, I think they deserve a killer show."