Raising funds for doc through Kickstarter 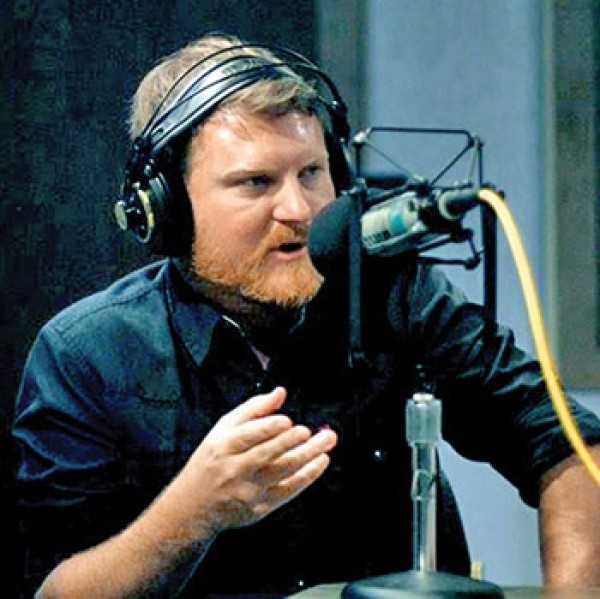 Salt Lake City filmmaker Andrew James is the co-director of the 2009 documentary Cleanflix. With the help of Kickstarter.com, he’s working on releasing his newest doc, Street Fighting Man (StreetFightingManTheMovie.com). James moved to Detroit for a year to work on the film. One character, whose nickname is Jack Rabbit, is a retired cop who now fights crime on his own.

What’s your documentary’s agenda?
We are definitely trying to “show” as much as possible. That’s why I moved to Detroit and worked on the film every day for a year. I didn’t want to fly in, ask a few questions and leave. I wanted to spend quality time, get to know the city, develop relationships and allow the story to unfold organically with as little interference from me as possible. But really, there is no such thing as pure objectivity. I wouldn’t be making this film if I didn’t have some kind of purpose or agenda. I set out to capture the bare-bones reality of being poor in America, and I went to Detroit looking for stories. What it boils down to is how you choose to present your work. Are you going to tell people what to think? Or show them your findings and allow them engage with the material on their own?

Vigilante justice is a story we usually see in comics and movies—what was it like to see it in real life?
It was inspiring. However, I wouldn’t call Jack Rabbit a vigilante per se. His most deadly weapon is a video camera, not a firearm. He does arm himself from time to time as a precaution, but his primary focus is gathering intelligence. He does this by coordinating with members of his community, offering rewards for tips and using a video camera to catch criminals in the act. I had the opportunity to document all of this with my camera, and it was electrifying.

Is it hard not to get involved in the action while filming a documentary?
I operate best when I can just stand back and observe, but it’s not easy. The two biggest challenges to making this technique work are trust and time. You have to earn the trust of your subjects, and you have to be willing to wait around for things to happen. Real life is slow and completely unpredictable. Sometimes so much is happening that you literally freeze in your tracks, not knowing where to go first. Other times, the universe seems uninterested in cooperating in any way. So there are lots of ups and downs, and more down time, which translates into time to doubt yourself and your work. Luckily, I had a great team of producers who pushed me, encouraged me and helped me along the way.

Does your documentary call attention to broader social issues?
Street Fighting Man is about three men, each a generation apart, struggling to survive in post-industrial Detroit. My hope is that the film will deepen the conversation about economic inequality in this country. Through each of their lives, the film reveals a complex web of problems that are all interrelated, from joblessness to rising crime. There are 20 million people in America living in extreme poverty right now. Where do we go to hear what they have to say about American life? How do we connect with people who are virtually ignored by our media? My hope is that Street Fighting Man will offer a fresh perspective on what it means to be poor in America today.

How are people in Detroit coping with high levels of crime and economic turmoil?
People are creative and resilient—surprisingly so. And Detroit is a model city in this regard. Many Detroiters grow their own food, police their own streets, build their own homes and organize neighborhood block clubs. In fact, Detroit is probably the most civically engaged city in America. Part of that is out of necessity, but there is definitely more to it than that. It’s become part of the culture of Detroit to care about the collective and work toward something greater than yourself.

When and where can audiences see Street Fighting Man?
We are working to be done with the film by August 2012. Our hope is to premiere the film at a film festival later this year and roll out some theatrical screenings shortly thereafter.

How are things going on Kickstarter?
The fundraising is happening right now. We are trying to raise 20 grand before June 10. If we don’t reach our goal by the deadline, we don’t get any of the money, so it's really important that we reach our goal in time. Anyone can donate to the film for any amount they want, from 1 dollar to 10 grand. The donations are handled by Amazon.com, are completely secure, and you get rewards for donating at different levels. Every dollar counts!Â