The subjects of Sundance 2020 films had some similarities, but it was really about how those stories were told. 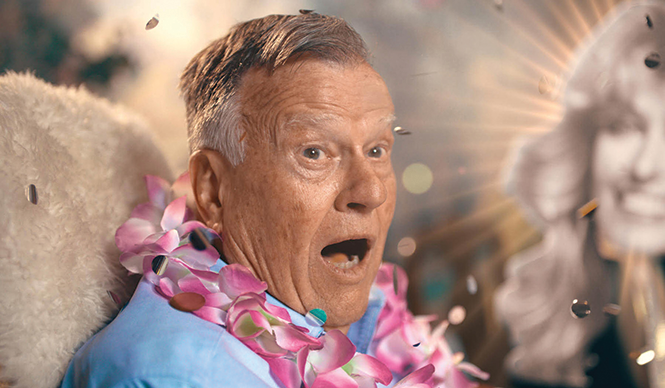 Because we humans seek understanding by looking for patterns, every year's Sundance Film Festival inevitably becomes a quest for thematic connections. Sure, it's a collection of a couple hundred features and short films spread across 11 days, but what does it all mean?

Sundance 2020 offered several different ways to answer the question, even if they might say more about the lens of the interpreter than about something deliberate or inevitable. Given the timing of this year's festival being set during the impeachment trial of Donald Trump, it was natural to think about the documentaries that were about political activism—and more specifically, about political activism by people who might not otherwise have considered themselves activists, until they felt they had no choice. The U.S. Documentary Competition addressed the teenage Parkland, Fla., school-shooting survivors with Us Kids, the cartoonist trying to re-claim Pepe the Frog from alt-right appropriation in Feels Good Man and ACLU attorneys challenging the administration's attacks on civil rights in The Fight. And those were just the ones with a specifically American, Trump-era angle, as others like the Kenyan documentary Softie showed the perils around the world of putting your principles on the line.

It was also hard to avoid tales, in both documentary and fiction form, dealing with the dangers of the online world. The well-received U.S. Dramatic Competition story Zola managed to take the potentially alarming phrase "based on the tweet thread by ..." and create a wild fact-based road trip comedy. The documentary The Social Dilemma dealt with the disturbing ability of online juggernauts to influence our behavior, while the drama Spree found a guy trying to go viral in a disturbing way.

While some trends might be functions of responding to history, others felt more like cases of trying to make history—particularly in the kinds of filmmakers and stories selected for the U.S. Dramatic Competition. Of the 16 entries in the category, only three were directed exclusively by white men, resulting in stories covering a wide range of perspectives. It was fascinating, however, to find two festival films with basic plot descriptions that were nearly identical—a 1980s-set story about a father with upwardly-mobile aspirations putting strain on his family after moving for a new job—approaching it from such different angles. Sean Durkin's terrifically insinuating The Nest cast Jude Law as the dad, relocating his family from New York to England, and a country manor that becomes a unique kind of haunted house; Lee Isaac Chung's Grand Jury Prize and Audience Award winner Minari offered a lovely story about a Korean family wavering between tradition and assimilation in the Arkansas Ozarks.

Yet if there was one surprising thematic territory across festival categories, it was the subject of aging—from the Chilean documentary The Mole Agent about an attempt to go undercover and investigate allegations of abuse at a retirement home, to Lance Oppenheim's wonderful documentary Some Kind of Heaven, about the particular challenges facing residents of a massive Florida retirement community. Even more specifically, three features addressed the same topic—a woman forced to confront becoming a caregiver for an aging parent dealing with dementia—in radically different ways. In Florian Zeller's The Father, it was psychological drama, as an intentionally disorienting narrative puts us inside the head of the ailing parent (Anthony Hopkins). In the Midnight entry Relic, Natalie Erika James turns it into body horror, as Emily Mortimer plays the adult child coming to believe her mother has become something ... else. And in Sundance 2020's best film, Kirsten Johnson's documentary Dick Johnson Is Dead, it was rendered as gallows humor, with the filmmaker and her dad preparing for the end of his life by staging it. The result was hilarious, deeply emotional and wise—and a great reminder that while it's possible to summarize a festival by describing what the films were about, the real artistry comes from how the filmmakers tackle those subjects.