It takes a special mix of personalities to coexist in a band, and Finn Riggins takes that idea to an entirely different level. When the Hailey, Idaho, band isn’t on the road for roughly two-thirds of the year, they live together in a tiny cabin in the Pioneer Mountain Range. And if you’re expecting them to sound like backwoods bluegrass straight out of Deliverance, forget about it: The trio deals in high-energy pop-rock with occasional proggy excursions that Rush would be proud of. Among their arsenal of instruments are steel drums, a boatload of synthesizers and organs and more traditional guitar-bass-drums. The band’s latest album, Vs. Wilderness, was released last fall and landed the band critical acclaim across the Northwest, as well as a spot opening a tour for Built To Spill. Now, they’re headlining their own tour across the states, including a stop in Utah. Lazy Billy and the Pillows open the show. The Woodshed, 60 E. 800 South, 9 p.m., $5

Freeway with Jake One

Freeway first came to prominence as a scion of Jay-Z, appearing on Jay’s album The Dynasty: Rock La Familia before putting out his own, gold-selling debut, Philadelphia Freeway, in 2003 with assists by producers Just Blaze and a young Kanye West. Success hit Freeway hard, and he nearly dropped out of the rap game when he felt it was conflicting with his Muslim faith. After a few years away, he instead returned and joined forces with Rhymesayers producer Jake One and is prepping to start his own label after putting out several tunes on random mixtapes the past few years. The Hotel, 155 W. 200 South, 9 p.m., $10 adv./$15 day of

Swingin’ Utters
San Francisco old-school punks Swingin’ Utters don’t have to fake their empathy for the working class; the band members have kept their day jobs through nearly two decades of knocking out straightforward punk to the delight of mosh pit advocates across the country. Their sound evolved a bit through the years, incorporating some country and folk flourishes ala The Pogues, and they are now touring in support of their first album of new material in seven years, Brand New Lungs. I’m guessing there will be a run on ice packs and IcyHot after these guys put the aging punks of SLC through what is sure to be one of the sweatiest shows of the summer. Burt’s Tiki Lounge, 726 S. State, 9 p.m., $13

Reggae on the Mountain at Gallivan
It’s a bit odd that a show in the flatlands of the Salt Lake Valley is called “Reggae on the Mountain,” and the reggae show actually on a mountainside a couple days later (Jimmy Cliff) has no such moniker. But oh well; what matters is that this daylong rasta fest has a nice mix of reggae straight outta Jamaica, including Don Carlos (with members of Black Uhuru), the incomparable Marcia Griffiths (one-time I-Threes singer alongside Bob Marley and the Wailers) and rising star Dub Tonic Kru, along with locals inspired by the reggae style: Carlos Cornia, Codi Jordan Band, Head Ease and Roots Rawka. Gallivan Center, 239 S. Main, 1 p.m., $25 advance/$30 day of show

The Henry Clay People with Silversun Pickups, Against Me!
I like the Silversun Pickups just fine, but I have a sneaking suspicion that’s mostly because of the massive multi-tracked guitar parts that remind me of an era when Smashing Pumpkins’ Billy Corgan hadn’t lost his mind (or touch for writing catchy rock anthems). And Against Me! has a way with making political angst entertaining, which is difficult in these jaded times we live in. But the reason I’m going to this show is The Henry Clay People, a Los Angeles crew led by brothers enamored with Pavement, Built to Spill and Guided By Voices, but just as influenced by the shimmery classic Cali-rock of their dad’s record collection: The Byrds, Fleetwood Mac and Jackson Browne, who The Henry Clay People covered earlier this year at their gig opening for Drive-By Truckers. The band’s new album, Somewhere on the Golden Coast, is a fine guitar-rock antidote to all the sensitive beardy-folk out there. The Rail, 235 N. 500 West, 7 p.m., $26 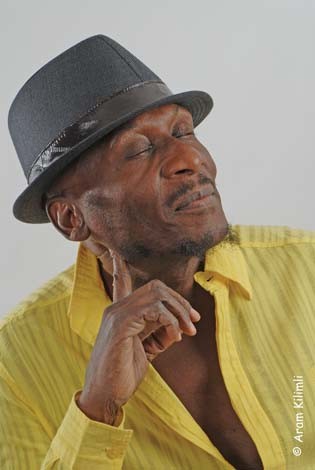 Jimmy Cliff with Michael Franti
Whether you love or hate reggae, Jimmy Cliff is owed as much due for the genre’s popularity outside Jamaica as the acknowledged master of the form, Bob Marley. Cliff was the star of The Harder They Come, the ground-breaking 1972 Jamaican gangster film that presented reggae to a global audience for the first time thanks to a soundtrack packed with then unknown artists like Toots & The Maytals, Desmond Dekker and Cliff. His songs in the movie like “You Can Get It If You Really Want” and “Many Rivers To Cross” launched a decades-spanning career for Cliff, and his music has been covered by the diverse likes of Willie Nelson, Bruce Springsteen and New Order. Even so, there’s nothing like hearing the original, and Cliff remains a stellar live performer nearly 40 years since his breakthrough. Deer Valley Resort, Park City, 6 p.m., $37