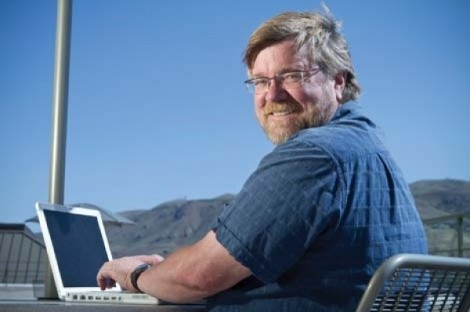 It’s all a fog now, but as I review the fossil record—with carbon-14 dating, of course—it appears that I started at City Weekly (then-Private Eye Weekly) sometime in 1993 as a freelancer after I was booted from The Salt Lake Tribune. Yes, it’s coming back now: I was still swatting out the flames from arrows slung by then-Tribune Editor Jay Shelledy when I got a call from Tom Walsh asking if I’d write something for Private Eye.

“Who’s doing the Hatton-Ward murders?” I blubbered.Several months later—when ski season had ended—I searched out Frank Hatton-Ward. He had been bounced off the Salt Lake City Police force after going public with an alternative scenario for the unsolved murders of three young women in the late 1980s: Karla Maxwell, Christine Gallegos, and Lisa Strong. With a little help from the unemployed cop, I found witnesses and wrote a series on the cold-case murders identifying Strong’s killer as gangsta-wannabe Forrest Whittle.

It’s rare that a newspaper takes the lead in a murder investigation; credit John Saltas for having the intestinal fortitude to publish it. Long story short: Rocky Anderson then pushed for a special grand jury. Whittle was indicted and later convicted of Strong’s murder. As far as big deals go, that one ranks near the top for me.

When Walsh blew to Miami in 1996, I took the reins as editor of City Weekly. On the editorial side, we had a tiny staff of three—including the paper’s spiritual ballast, Ben “Dylan” Fulton—augmented by a small, if frisky, stable of freelancers, whom I affectionately dubbed the Desperate Housewives. We also had a nuclear option called Lynn Packer. We deployed him to blow apart Olympic scandals and Deedee Corradini’s City Hall, to name just two.Over the next few years, I hired the likes of Bill Frost and Scott Renshaw. Actually, I think Saltas hired Renshaw. He liked the fact that Scott had been to Stanford. But I get full credit for hiring Frost. He hadn’t had a lot of fancy schoolin’, but was in possession of a wicked wit, and, hey, the kid could write.

Do I miss CW? Sure I do. I miss the great parties that John Saltas throws. I miss our building next to Port O’ Call, where then-3-year-old Mikey Saltas would play in my office with all the cool, free stuff the editor gets in the mail. In summer months, the temperature would hover around 117 degrees. It was so hot that ink would melt like butter and actually run off the page. We’d have to repair to the Port for cool respite. Back in those early days, to get respect, I sometimes had to go postal on mayors, attorneys general, district attorneys and anyone else who dared mess with my reporters, or CW, in general. Remember District Attorney Neal Gunnarson? I reported him to the cops for stealing hundreds of our “free” papers from racks around the valley. Seems he didn’t like some of the stuff we wrote. No charges were ever filed, but his political career was, shall we say, truncated.

Something I don’t miss much about my CW years was having to write an opinion piece on just about everything. What do I know, anyway? Until recently, I thought a concealed-weapon-permit holder was a type of thong they sold at Blue Boutique. In 2002, I determined that City Weekly needed younger blood at the helm, on account of I couldn’t understand why young people were replacing their pubic hair with tattoos. I called up Shelledy and told him he was giving me my old job back at the Trib, where I remain today.

There is still much in pop culture I don’t fathom, which they tell me—like forgetfulness—is a clear sign of aging. What were we talking about, anyway?