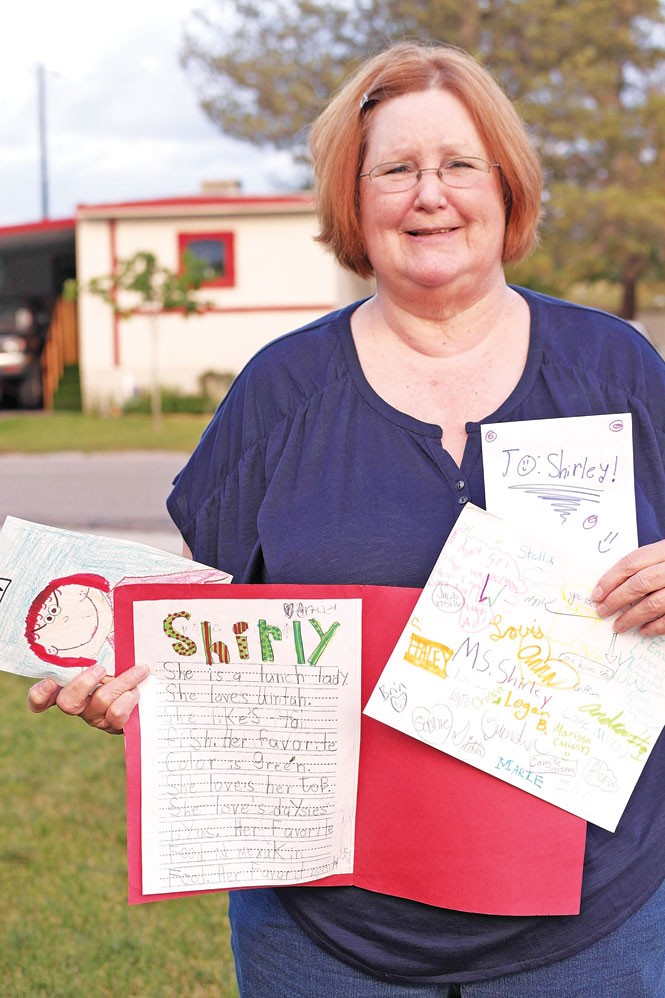 When 17 students at Uintah Elementary School had their school lunches tossed into the trash in January, it brought national television outlets to the school's front door and also prompted a criminal investigation to look into sweeping accounting discrepancies by the lunchroom manager.

The criminal probe—known to Salt Lake City School District officials, but not made public until this week—shows that Shirley Canham, the 61-year-old lunchroom manager who threw away the lunches, had also spread nearly $9,000 in lunch money into the wrong children's accounts.

Police reports show that 334 individual checks were applied to the wrong accounts between 2009 and 2014. According to the reports, there was no evidence that Canham was stealing money or enriching herself.

The Salt Lake County District Attorney's Office declined to prosecute the case. But neither Canham nor the district were informed until September of that decision. During the lag time, some say, a cloud of unwarranted suspicion surrounded Canham, who resigned prior to the current school year. And after Canham came under fire for throwing out the lunches that January day, the district changed its policy in regard to dealing with the lunches of students whose accounts had run dry—and the change is right in line, Canham says, with her own unofficial policy that no child's lunch would be thrown away.

The discrepancies in Canham's accounting had failed to draw the attention of parents because their children—regardless of where the money was applied—were being fed.

Per district policy at the time, children whose lunch-money accounts had run dry were to receive fruit & milk lunches; if they'd already proceeded through the lunch line, their hot lunch was to be thrown out.

But Canham says that when a child didn't have enough money to cover the costs of a full lunch, she pressed the fruit & milk button but let the children eat their regular lunch.

"I knew that I was going against what I was supposed to, but I just couldn't do it," Canham says. "I couldn't take food from a first grader who was sitting there bawling her eyes out. I made that decision on my own and I never told them about it. Guilty of that."

According to an external investigation commissioned by the district to look into the matter, Canham's district supervisor came to the school Jan. 28 to find out why the Uintah lunchroom had issued 1,138 milk & fruit lunches—the highest in the district.

As the supervisor asked to see Canham's lunchtime process, Canham says, she decided to begin following the rule, and tossed the lunches of 17 children in the trash, replacing them with milk and fruit. And as she did so, she says, "chaos" ensued. Children who had their lunches taken away began to cry, and teachers, shocked at what was unfolding, opened their wallets to pay for the children's lunches.

By this time, though, the damage was done. The saga devolved into a media frenzy, during which death threats were reportedly leveled against Canham.

It also prompted district officials to scrutinize the practices of lunchroom employees. In the case of Uintah, this sparked a call to the police, who showed up at the school in March to question Canham about the accounting issues.

According to the police investigation, district officials believed Canham might have been pocketing cash payments and covering them up with money from the checks. But no concrete evidence of this surfaced.

"There was no malicious intent there," says Canham, who says she was shocked to hear that she had applied nearly $9,000 to the wrong accounts and denies having ever misapplied money on purpose.

Canham, a 14-year school district employee who had been a lunchroom manager for eight years, says that since being interviewed at the police station, she "never knew from one day to the next if I had a job."

According to Jason Olsen, a spokesman for the Salt Lake City School District, administrators didn't find out until September that the criminal case had been closed.

"The district was not informed of the District Attorney's decision in a timely manner," Olsen wrote in an e-mail to City Weekly after declining to speak about the matter over the phone. "We called in September and asked for the information. It is our understanding the district attorney is willing to review this issue again if there is ever information brought forward."

According to a report accessed by City Weekly through an open-records request, Salt Lake County District Attorney Sim Gill reviewed the case with a team of attorneys and opted to not file charges against Canham in July.

"The final conclusion was that, all things being equal, it made no sense to file charges because we didn't feel there was reasonable likelihood of success at trial," Gill told City Weekly, noting that several of the parents who unknowingly had money diverted to other children's accounts didn't seem worried.

Michael Clara, a school board member, says he fears that the simple presence of a criminal investigation tainted Canham's credibility with parents, teachers and board members.

City Weekly obtained the police reports through an open-records request. An initial request for the records was denied because police officials said it didn't have any reports pertaining to Canham. A month later, though, it was revealed that the reports, for privacy purposes, had been deemed classified. After screening the reports, detectives downgraded the classification and released the documents to City Weekly.

On Sept. 11, an external investigation was released that laid much of the blame for the incident on Canham, who, along with giving children lunches regardless of their payment status, had failed to send notices home to parents informing them of delinquent accounts.

Salt Lake School Board Vice President Heather Bennett says the incident has sparked productive reforms to a school lunch system that had simply not kept up with the times. For instance, Olsen says, cash payments now must be processed online or in school offices.

"The fact that child nutrition was operating in a different world and had been since its inception was kind of surprising to me," Bennett says, noting that in the case of her children's lunches, she has sent cash to school with no guarantees besides faith in the school-lunch worker that the money would be appropriated correctly. "There's a fair amount of money that goes through that system, so it needs to be treated with the same kind of care and fiscal controls that any other school system has."

And the district has also implemented a policy where all children are served a lunch regardless of their account status, a policy that Canham points out is no different than the one she used.