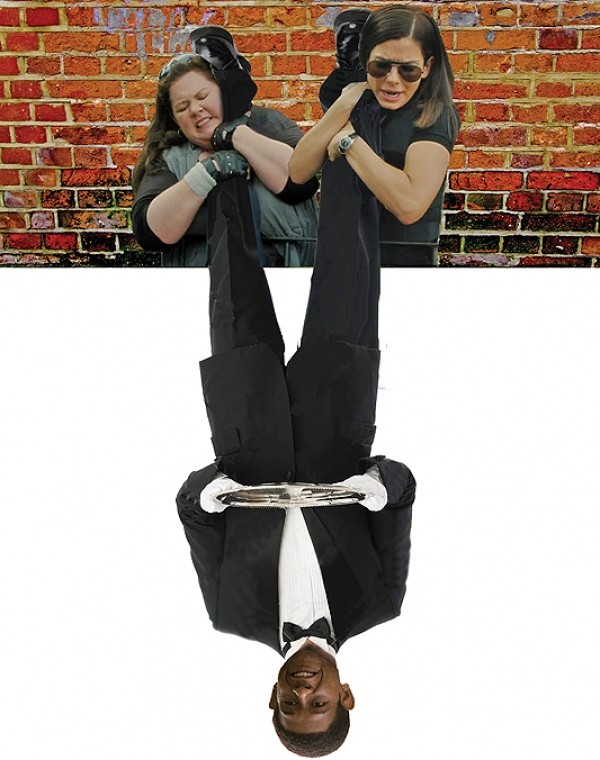 At last, the summer movie season is over.

For those who found themselves frustrated by a nonstop parade of superhero fantasies, apocalyptic extravaganzas and boneheaded comedies, there’s a feeling in the air that now comes the time of year when—if I’m not a 15-to-25-year-old white male—Hollywood might actually be about to release some movies meant for me.

Don’t kid yourself. You don’t matter.

I don’t mean you specifically, of course. You’re a wonderful human being, and the world is a better place because you’re in it, I tell you from the bottom of my heart. I’m just playing the odds here, because virtually nothing the mainstream filmmaking community does has anything to do with what you, Average Person Reading This, might want to see in a movie theater.

During the summer, that might seem to be an obvious statement. Sure, occasionally a movie starring women (The Heat) or African-Americans (Lee Daniels’ The Butler) achieves some measure of box-office success. But we can just dismiss that as an aberration, because, come on, it’s not as though women or nonwhites are interested in stories about people who look more like them. That’s just crazy talk.

But it actually runs deeper than that, because Hollywood isn’t merely targeting 15-to-25-year-old white males in North America. This is the era of the global box office, after all, and that means making movies that translate easily to appeal for foreign markets.

That’s why you’ll see so many computer-animated features; kids are kids, and dubbing is easy. That’s why you’ll see a conspicuously multiracial cast like that of Furious 6; all the better to market it to the rest of the world. And that’s why you’ll see plenty of spectacular destruction and fantasy worlds; the less dialogue or peculiar American idioms that have to be translated, the better. If you’re a movie-industry executive, and you’re trying to preserve your job by avoiding risky misfires, building blockbusters for the consumption of the entire world is the smart play.

Ah, but what about what happens when the kids are back in school, and multiplex offerings suddenly suggest that the film industry is concerned with stories about complicated adult humans on planet Earth? These are movies in which people talk to one another, and there may not be a single special-effects shot or gunshot. Doesn’t that suggest a different set of principles are at work?

Yes, it does. Those principles, however, once again have nothing at all to do with you, unless it’s incidentally. That’s because the fall-to-holidays movie season is all about the image of the movie business that Hollywood wants to sell. Like virtually everything else in Hollywood, it’s a battle of egos, of people trying to win. The object of the victory just changes from money to awards, allowing executives and actors to spend some time believing that it’s all about the art.

Studios don’t make “awards bait” movies—including this year’s scheduled biographies of famous figures like Nelson Mandela and Walt Disney, or historical dramas like The Monuments Men, or literary adaptations like August: Osage County—because they think you want to see them. They make those movies because they want to win awards. And in so doing, maybe they’ll also convince you that those movies are better than other movies, and in so doing make more money.

The astonishing thing is that great movies still manage to happen. They happen because directors, writers and actors still throw their hearts and souls into what they do, and they sometimes make amazing work in spite of the demands of a machine designed to create either “properties” or “prestige.” Or they create that work outside of the machine entirely, taking a chance that, somehow, a film festival or critical consensus or word of mouth will build audience interest.

It becomes ever more crucial to understand, even when the posters are covered with laurel branches from festival appearances or the trailers are full of somber symphonic music, that you’re always being marketed to. Maybe find a critic that you trust to help guide you, or experiment with something just because it intrigues you.

Just remember, while the serious movies tell you they deserve serious attention, that awards consensus is just like any other consensus: It’s based on the broadest possible appeal, and rarely on idiosyncratic or daring ideas. The movie you love the most this fall might be the one that nobody else would ever consider “award-worthy.” And maybe that’s exactly the way it should be.