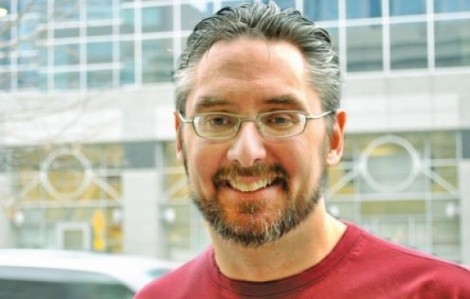 It’s a myth that suicides increase over the holidays, but it’s true that suicide rates in Utah are always high. To combat this, Frank Clayton teaches a free class, Happiness 101, to local groups and via Webinar (SaltLakeMentalHealth.com). Clayton, who worked in the financial industry before he took a personality test that indicated he’d be better suited to a career as a therapist, has gone from “suicidal to happy therapist” and now sits on the Utah Suicide Prevention Council.

What’s the difference between Happiness 101 and traditional therapy?
I’ve worked with therapists who’ve said, “OK, I’ve been working with this person for a while, they’re no longer suicidal, they’re no longer depressed. [But] I don’t know how to help them be happier, I only know how to stop them being miserable.” They got them up to where they’re just kind of blah. Really what you’re talking about is a lifestyle change. People say, “I want to be happier,” but a lot of times I find that people are actively feeding their own unhappiness, and they’re not aware of it.

As Americans, we put a lot of stock into the big things—getting the promotion, getting married, having the baby. We think that, “Oh! That’s the thing that’s finally going to make me happy.” And it really just doesn’t work that way. Studies have shown that life circumstances account for only 10 percent of our happiness. What accounts for our happiness is the little things, the things that we overlook, our attitude. When you shift your attitude from pessimistic to optimistic—which can be done, and which I teach in the class—that’s going to be a lifelong shift.

If a person wanted to be happier, they would have a much better shot by putting their effort into shifting from being pessimistic to being optimistic, than in putting their effort into, “OK, when I meet Prince Charming and I get married, then I’ll be happy.” Marrying the right person provides a happiness boost—but that wears off. Even if you met the absolute ideal person, if you were unhappy before you met them, eventually you’ll return to being an unhappy person.

But aren’t some people’s lives just objectively terrible?
What I pound on in the class is choice. OK, so your job and your relationship suck. Maybe it all sucks. First, I really sit with them on that. Acknowledge that. It’s important to really honor that that’s where their life is. My question after sitting with them is, “What would you like to do about that?” What I find is that when people are making categorical statements like that, they’re not looking at solutions. When I’m working with people who are depressed, it’s very, “I’m trapped, there’s nothing I can do; I don’t have any choices.” So, at the appropriate time, I help them explore their choices that they do have. I’ll sit with them and, in a kind way, pick apart their argument about why they can’t change anything. I’m very much about empowerment and not telling other people what they should do, but instead setting forth this banquet of different choices and letting them pick.

It’s really easy to work at a crappy job and go in day after day and say, “I hate my job.” But you’re still choosing to go there. Why would you keep choosing to do something that you hate doing? People counter with, “Well, I don’t have any other choices, it’s a crappy market.” Yeah, but you can still be putting in applications while you’re at your crappy job.

People who go around espousing the idea that “Life is beautiful, nothing can get me down”—does this bring other people up or does it bring them down?
We look at our neighbors and say, “Oh, they seem to be so happy and I’m not.” That’s a tricky thing; it can inspire us to go higher and be better. But it can also tip the other way, where you go, “Oh, they seem so happy, and I’m just miserable. I’ll never be like them.” Which goes back into pessimism. There are three myths of happiness. One is that you’re either born happy or you’re not. If a person has that mindset that some people are born happy and some aren’t, I could look at a happy, upbeat person and just feel completely deflated because I don’t think there’s any chance that I could be as happy as you, so why would I even try?

Usually, it’s a sign of where people are at, if someone sees a happy person and is like, “They suck. What’s there to be so happy about?” I have been in those really dark places, so I can really empathize with my clients when they are in that hateful place, where they want to tear somebody’s eyes out because they’re smiling and laughing like there’s not a care in the world. And I know that they don’t have to live like that.

How does one spread happiness without coming across as a jerk?
Most of the time, I find what happens is people say, “Something’s different about you. You’re smiling, it seems like nothing’s bothering you. What’s up?” and then you say, “Oh, I took this class, Happiness 101; it really changed my perspective.” Versus going in and imposing your happiness on everyone else.

The Framingham Heart Study showed that when you become happier, everybody in your inner circle of friends has a 15 percent chance of being happier. The next rung out—your friends’ friends, whom you may not even know—have a 10 percent chance of being happier. Even if there’s just one person on the Webinar who’s out in Cedar City or Tooele or Box Elder, I’m not just helping that person; I’m helping the people in their ring, and the ring out from that, and the ring out from that.

Utah’s eighth overall in suicides, in general. We’re sixth when it comes to ages 11 to 24; we’re No. 1 when it comes to people who are contemplating suicide. If you look at a map, the most suicides are happening in the metropolitan areas. But if you go by percentages, there are 10 counties in the outlying areas that are in the 90th percentile as compared to the national numbers. And there isn’t a therapist just around the corner; there isn’t a psych hospital just down the street. The people in rural areas are who I’m trying to reach. Utah is the buckle of the suicide belt. It runs along the west side of the Rocky Mountains.

What are some of the scientific methods of positive psychology?
Sonja Lyubomirsky, the author of How of Happiness, has reams of research about what she calls the 12 happiness habits. A few of those are: cultivating optimism, taking care of your body—which includes meditation and exercise—reducing overthinking and social comparison, forgiveness, practicing religion and spirituality.

She has a self test that will help you to figure out what your top happiness habits are. I can say, there are reams and reams of research that says exercise is great for happiness, so you should go exercise. Off you go. But I’m not an exercise guy—it’s like pulling teeth. The test lays out your four top happiness habits—these four would be the best of that for you. On top of that, because like you have the New Year’s resolution—we’ve all done the “OK, I’m gonna get in shape this year” thing—we join the gym, and by March, it’s over. It’s not enough for us to recognize, “These are the things that will make us happy.” We get in New Year’s resolution mode—“OK! I know my top happiness habit, and I’m going to start doing that. And essentially, by March, it’s over. And then she gives the five hows of happiness, which make sure that you follow through.