Everybody wins when nonprofits compete for new donors 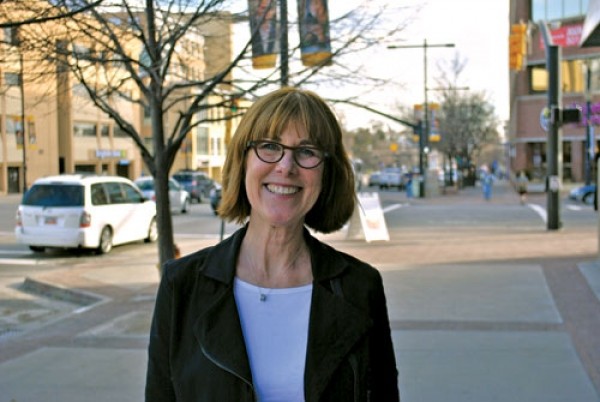 When you think of nonprofits, you might think of gentle, soft-spoken folks working together to save crippled kittens. But on March 20, Utah’s nonprofits will engage in a knock-down drag-out fight for donors—sort of. It’s the second year of Love UT, Give UT, a 24-hour funding drive for the Utah-based nonprofits that specifically benefit Utah. Nonprofits are vying to receive the most donations in their category (by number, not by amount) on LoveUTGiveUT.org within those 24 hours to win additional funding. Such events have been happening in other states for years, but this is just the second year for Love UT, Give UT, which is spearheaded by the Community Foundation of Utah (UtahCF.org), itself just five years old. Fraser Nelson, the foundation’s executive director, talked to City Weekly about why this day is such a big deal for so many.

Why put a deadline on charitable giving?
Part of the whole theory behind this is to appeal to younger people who are used to going online and doing impulse buys. There’s some “gamification” built in—competitions between nonprofits of different sizes. But it’s not the amount of money they raise; it’s the number of donations they receive. The top prize is $5,000, and for a small nonprofit, that’s a significant amount of money. Last year, the competition got very fierce between about 10 p.m. and midnight. The Pride Center and the Girl Scouts were neck-and-neck until about a quarter to 12. And then—our theory is—the Girl Scouts woke up every Brownie in the state whose mom had a credit card and forced them to give; all of a sudden there was a real spike and the Girl Scouts went way over the edge.

There are people who give throughout the day, and then there are certainly people who get excited about it later, at the end. We also do a drawing at various times during the day, so whoever is giving when the drawing takes place, we give an extra $100 to the nonprofit they gave to.

How is Love UT, Give UT different from other charity drives?
There are a few of important goals about the day. One is, certainly, to raise as much money as we can for as many nonprofits and schools that we can. Last year, we had about 357 organizations participate, and we raised about $800,000. But the idea is also to help nonprofits get new donors. A lot of our work is reaching out to people who haven’t been philanthropic before; people who, by giving a small amount, can help create a huge thing; and to reach younger people who are used to giving on their smartphones, on their tablets, online—not writing checks, not going to galas. And we’re helping the nonprofit sector generally get with the Internet age, and getting with social media. This event really gives them a reason to do it, and a platform to do it through, and a way to become more familiar with those technologies. And then, when the day is done, they have a whole bunch of donors who’d never heard of their cause before.

Last year, 34 percent of the people who gave gave to nonprofits they’d never even heard of before. You go online, you think you’re buying a book, the next thing you know, you’ve got a dress. You thought you loved cats; turns out, you also love art. So it’s bringing all of those people online, which leads to our third goal: to help Utahns see the incredible diversity of nonprofits and all of the work they do. New money, new donors and new awareness.

How can there be causes people haven’t heard of?
There are some organizations that take part in Love UT, Give UT that serve niche populations—like abandoned horses. I didn’t even know there was such a thing. Turns out, they get driven to the west desert and dropped off. They were one of the winners last year—Noble Horse Sanctuary raised more money in one day than it does in an entire year because the thought of homeless ponies being dropped off by rich people in the west desert is such an outrage. There are people solving those problems, and maybe they only need $20,000 or $30,000 a year to do it.

People can type in a zip code, they can type in a cause, and all of the affiliated things will come up. But just like going on any other website, you think you’re going there to support one thing, and the next thing you know, it’s like, “Oh, I like them too!”

With the rise of Kickstarter, do you think there too many people asking for money online and taking away from nonprofits?
One thing that the Community Foundation believes is, the more the merrier. We are agnostic as to issue, agnostic as to the way people give. Our belief is that everyone can be a philanthropist, whether that’s a donation to someone who wants to do something that’s not tax-deductible but just their passion, or whether it’s a million-dollar check to the symphony. All of us can play a role. Events like this 24-hour day of giving just draw attention to the way, by our collective action, we can really make a difference. There were 6,500 people last year who gave $800,000. The actions of a lot of people created a very large impact.

Why do we need to have nonprofits when we have the private sector and the government?
Nonprofits are extraordinarily entrepreneurial. They have to be responsive to the things that are happening right then and there in their community. There are lots of issues that have come up that the first response is the nonprofit sector. Think of AIDS. There wasn’t AIDS, and then there was. Nothing happened with the government for a decade; nonprofits were already serving that population. If you think about some of the issues that Salt Lake has faced over the years, whether it’s meth or clean air, here’s the government, talking about clean air, and there’s Breathe Utah, and Utah Moms for Clean Air, working that issue for years. So, the creative response will always come from the people. And sometimes, the people need a little money.

Is all of the prep for this day worth it for all of these nonprofits?
To me, this is a way to find organizations doing good work. They can’t write the War & Peace of abandoned horses for this. That’s another place that our partner Friendemic is really being helpful, in helping them tell their story with a Facebook page, or a video, or a tweet. If you look at people like me in there ’50s who are running these organizations, we don’t know how to do that. So Love UT, Give UT, and our social-media partner Friendemic, is really helping to bridge that communication.

Do you look into these charities to make sure they’re giving?
No, the only checking we do is to make sure they’re a legitimate charity. They have to have a charitable solicitation permit from the State of Utah. The organization that provides the solicitation permit is really more of the policing agency. In this event, we do not do that. In our own giving, that the Community Foundation does, we spend a great deal of time looking at lots of different metrics.

But there is a false sense that overhead is a bad word. Entrepreneurs understand that in order to build a business, you need some money. Charities are no different, and we can’t starve them by saying, “You can’t have anything that helps you run your business.” That’s not to say that everyone needs giant Macs, but they ought to have something that works, right? And if we say, “Well, this organization spends X amount on administration,” it may be that that’s a big part of how they do their work. And you wouldn’t want the homeless shelter or another incredible organization to be paid $30,000 a year—you want the best person in that job. You want the people who go to that shelter to get the best possible care and shelter. And it’s going to cost something. So, certainly, if you look at some of the really scammy organizations—most of them have to do with veterans because there’s a zillion of them and it’s hard to tell one Wounded Warrior from the other—you see that they brought in $500,000 last year and the executive director got paid $200,000. But if they brought in $20 million and the executive director got $150,000, yes. So you have to look at the whole picture.

How do nonprofits and companies who want to match donations get involved?
Companies and nonprofits can register right up until March 18. People can also pre-donate.