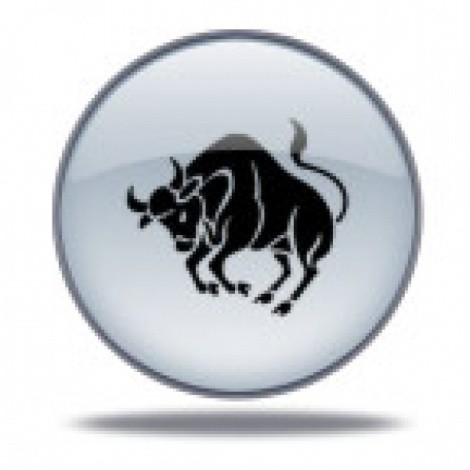 ARIES
(March 21-April 19)
Your power symbol for the week is an ant carrying a potato chip. It means you’ll possess so much strength that you’ll be able to hold aloft burdens that are much bigger than you. More than that, Aries. You’ll look graceful doing it. And here’s the kicker. That giant load you carry may ultimately provide nourishment not only for you but also for everyone back at the nest.

TAURUS (April 20-May 20)
Have you ever been filled with a terrible yearning to become something new? Do you know what it’s like to be racked with a ferocious hunger to change your life? Speaking from experience, I know that such a state can sometimes feel heavy and dark. But I’m here to tell you that it can also be a tremendous asset. The key to transforming it into a gift, ironically, is to see it as a gift. So your assignment, Taurus, is to interpret your ache for transformation as a potent blessing. To do so will give you the power to perform magic you can’t even imagine yet.

GEMINI (May 21-June 20)
Ariel was going through a hard time. She’d been weaning herself from a painkiller she’d taken while recovering from surgery. Her cat ran away, and there was a misunderstanding at work. One night while at a nightclub with her friend Leila, she spied her ex-boyfriend kissing some woman. Meltdown ensured. Ariel fled the club and ran sobbing into the street, where she hurled her shoes on top of a passing bus. Leila retrieved her and sat her down on a bench. “Because up until now you’ve displayed such exemplary grace in the face of chaos,” Leila said, “I’m giving you a free Crazy Pass. It gives you a karma-free license to temporarily lose your mind.” This compassionate humor helped Ariel feel more composed. The rest of the night she partied beautifully, achieving major relief and release without hurting herself. Now, Gemini, in accordance with the omens, I’m awarding you, too, with a free Crazy Pass.

CANCER (June 21-July 22)
It’s finally the right time for you to hear a piece of advice you weren’t ready for before. If I had told you this any earlier, you would have at best misinterpreted it and at worst had no idea what I was talking about. But in recent weeks you’ve recovered a portion of your lost wildness, which means I can confidently reveal the following truth, courtesy of poet Charles Simic: “He who cannot howl will not find his pack.”

LEO (July 23-Aug. 22)
There’s oil on Saturn’s moon Titan! NASA reports that its spacecraft Cassini found vast lakes of liquid hydrocarbons. There’s enough, from what I can tell, to supply 40 generations of humans with enough fuel to go joyriding in five-mile-a-gallon SUVs for a thousand years. In response to the revelation, militant patriots are already calling for the U.S. to invade and occupy Titan. In related news, I predict that a novel energy source will soon become available for your personal use, Leo. Luckily, it won’t be nearly as hard to tap into as Titan’s riches will be for the oil companies. It’ll also be much better for the environment.

VIRGO (Aug. 23-Sept. 22)
“Whatcha gonna do with your freedom?” asks Lakshmi Devi on “Freedom,” a song from her CD Raise a Holy Fire. Here’s what she says she’ll do with hers: “I choose to lose control in the presence of staggering beauty/ I choose to be stripped of what is unreal.” In my view, that’s an epically brazen way to use one’s freedom — right up there, in terms of radical moral zeal, with choosing to ease the suffering of everyone you encounter. With these examples to inspire you, Virgo, take some time to make an aggressive new formulation about how you’ll use your growing freedom.

LIBRA (Sept. 23-Oct. 22)
“Partner needed for mission from God,” read the classified ad I spied online. “I’m driving across the country in a banana-yellow 1979 Cadillac Seville with a Lionel Richie photo dangling from the rearview mirror and the thousand-page manuscript of my autobiography piled in the trunk. The mission is driving to Mexico to find my biological father, a rancher. Swimming pools will be peed in, convenience stores trashed, and large sunglasses worn. If you accompany me, I’ll pay you $1,000.” In calling this to your attention, Libra, I’m not necessarily suggesting you take the guy up on his offer. However, I do hope you’ll be alert for comparable proposals that would reward you for helping interesting characters carry out edgy, inspirational quests.

SCORPIO (Oct. 23-Nov. 21)
If you hurt another person, you hurt yourself. The act of inflicting injury distorts you, making it more difficult for you to be in alignment with your highest potential. The converse is also true. When you hurt yourself, you inevitably hurt others. The damage you cause to yourself diminishes your ability to give your best gifts. Keep this mind, Scorpio, as you celebrate Do No Harm Week. Be scrupulous in your intention to practice non-violence in every way you can imagine.

SAGITTARIUS (Nov. 22-Dec. 21)
Farmers in Morocco can earn 40 times more money by growing marijuana instead of avocados or tomatoes. Meanwhile, my friend René brings in ten times the salary she used to make as a secretary by working as a stripper at a nightclub. That means she can devote less time to earning a living and has more time to do what she loves, which is playing music. I expect that you’ve received or will soon receive a comparable opportunity or temptation, Sagittarius. I’m not sure what the morally correct action will be. But I do urge you to try to put your long-term interests above your short-term interests.

CAPRICORN (Dec. 22-Jan. 19)
When the first George Bush ran for U.S. President in 1988, he worried that he and his wife Barbara appeared less affectionate in public than their opponents, Michael and Kitty Dukakis. “Sweetsie,” he wrote to her, “Look at how Mike and Kitty do it. Try to be closer in, more romantic on camera. I am practicing the loving look, and the creeping hand. Yours for better TV and more demonstrable affection. Your sweetie-pie-coo-coo.” Though my moral principles make it tough to ask you to imitate any president named Bush, it’s my astrological duty to do that, at least in this one matter. Your Love Quotient has got to go way, way up. So please: Practice the loving look and the creeping hand. And find an excuse to call someone “sweetie-pie-coo-coo.” [Source: My Dear President: Letters Between Presidents and Their Wives.]

AQUARIUS (Jan. 20-Feb. 18)
How do I come up with your forecasts? First I meditate on the chart of the current astrological configurations. Then I say this prayer to the higher powers: “Please help me tune in to the message that is most important for Aquarians to hear.” After that I close my eyes and release my creative mind into the tidal swells of the collective unconscious, suggesting that it find an image or phrase or story that captures the essence of the next step you need to take. Right now, for instance, I’m getting a vision of you not relying on me, but rather exercising the initiative to hunt down the question that’s most important for you to ask right now.

PISCES (Feb. 19-March 20)
Rumor has it that you are overflowing with so many fresh, hot ideas that you can’t use them fast enough. So why not give some away? Like for instance donate a few to me. I’ll be glad to take them off your hands and find a decent home for them. If I use your brilliant notions to make lots of money, I may even give you a kickback. So don’t let your surplus of brainstorms bog you down, Pisces. Send your excess to me at uaregod@comcast.net. (P.S. In case you can’t tell, I’m joking. In fact, I’d love it if you kept all your smart ideas for yourself, and worked expeditiously to turn every one of them into some practical improvement in your life.)