Are French wineries cleaning dirty money? Does it matter? 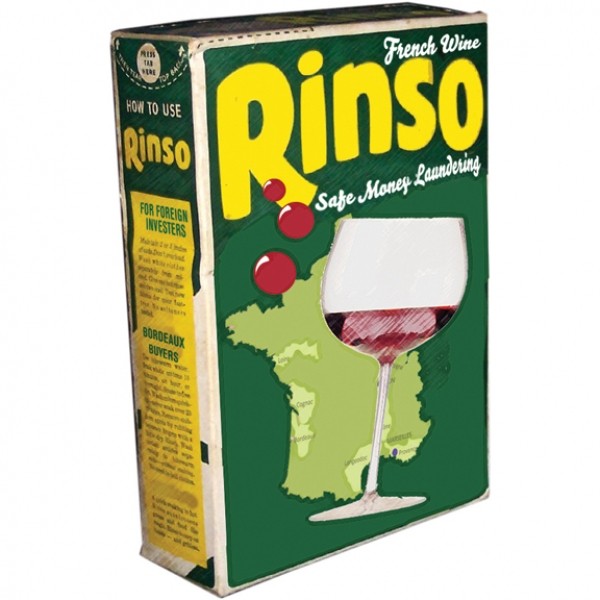 Normally, I discuss specific wines, beers and such in these pages. However, recent news about the French wine industry suggested to me that we might take a small detour this week. If you’re enough of a wine geek to care about the financial underpinnings of Bordeaux and Cognac, I think you too will find this of interest.

Let’s say you’ve got Walter White’s Breaking Bad-size cash-flow problems—that is, not too little cash, but too much of it. Mountains of the stuff—piles of ill-gotten gains, but no off-shore bank account in which to stash it. Where you gonna turn? Well, how about the French laundry? And, no, I’m not talking about Thomas Keller’s nifty Napa restaurant. I’m talking about laundering money in France.

According to France’s finance ministry, there is much suspicion that foreign investors are using the French wine industry as a way of cleansing their dirty money. That’s according to the just-released study by Traitment du renseignement et action contre les circuits financiers clandestins (Tracfin), a branch of the French Finance Ministry dedicated to fighting money laundering and terrorist financing. The report points fingers at Russian, Ukrainian and Chinese investors, in particular. “Wine is a very attractive sector,” a ministry spokesperson was quoted as saying in Wine Spectator. The report does also caution, however, that most foreign wine investors are legit.

You don’t have to be super sleuth to know that the Chinese are sending huge amounts of money abroad—nearly $3.8 trillion between 2000 and 2011, according to a report by the Washington, D.C.,-based Global Financial Integrity (GFI), an organization that monitors and investigates money laundering. In the past decade or so, Russians and Ukrainians have become major investors in French vineyards and the French wine industry in general. But more recently, Chinese investors have been rapidly buying up Bordeaux chÃ¢teaux, and currently own some 50 vineyards in Bordeaux, alone.

According to The Moscow Times, representatives of Tracfin said that “Suspicions were raised byÂ transactions with holding companies inÂ tax havens like Cyprus.” The Tracfin investigation suggests that foreign investors with holdings in tax-friendly countries are routing money to French wineries via “complex legal structures.”

However, some French wine experts disagree. One such expert, Gregory Pecastena, was quoted in the Rossiiskaya Gazeta saying that he is “doubtful that foreigners are buying wine chÃ¢teaux forÂ money laundering,” stating that he “suspects theÂ investors simply want toÂ get involved inÂ a profitable business.”

Cognac is certainly profitable. Exports for the prestigious French brandy to Russia and China have soared in recent years, and in the past eight years, Russians have purchased seven wineries in the northern French region of Cognac, also resulting in a corresponding increase in real-estate prices for the area, which has ticked off some locals who’ve been priced out of the market.

Bordeaux-based wine writer Jane Anson sees things from a different perspective, however. Quoted in the South China Morning Post News, she said, “The arrival of the Chinese has been a blessing for Bordeaux. So far, what they have done is buy properties that haven’t been invested in for quite a long time. What they are doing is generally investing in quality,”

So, it appears that the jury is still out regarding the French wine industry’s money laundering which, even if true, would only account for a miniscule amount of the wine produced there. Would any of this deter me from enjoying France’s great wines and brandies? Not for a Margaux minute.