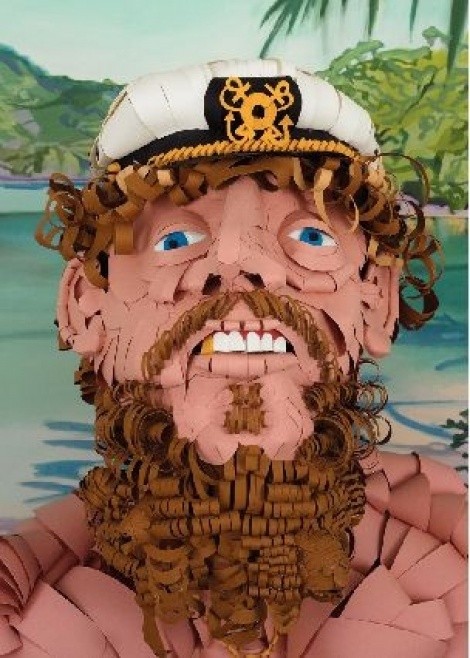 Artists find their way into exhibits in a number of ways—from highly regimented juried submissions to invitational shows where it pays to be known. But artists asking other artists is a novel approach, a risk that could produce bold new visions on a space’s wall—or pieces that don’t quite mix with the show as a whole. Cara Despain, a City Weekly contributor, and Kenny Riches, artist and former gallery owner, serve as co-curators of GARFO Gallery at Visual Art Institute, housed in the old Garfield Elementary School. They selected 10 artists and asked them each to invite another artist.

The results, within the parameters of works on paper, encompass an international cast: from the paper mobiles of locals Amber Heaton and Clare Taylor to drawings by San Franciscans Bryson Gill (former Salt Laker seen at Kayo) and Casey Jex Smith. Miami’s TM Sisters had been featured in ARTnews and Artforum magazines, and New Yorker Maya Hayuk had been seen in XLR8R magazine (Michelle Matson’s “Guilty Seaman” is pictured). Many of these artistic perspectives might otherwise never be seen in this state.

It’s not just a cosmopolitan combination of styles; it’s a looking glass of the art world‘s younger visions. The artists have been seen in Juxtapoz Magazine, the Moscow Biennale, Uncertain States of America: American Art in the 3rd Millennium traveling exhibition, and Art Basel Miami Beach fair, where Despain and Riches met Zurich map manipulator Clifford Errol Bruckmann. The gambit by Despain and Riches of “relinquishing control as curator, (enabling) the curator as artist” has paid off with a show of astonishing richness.