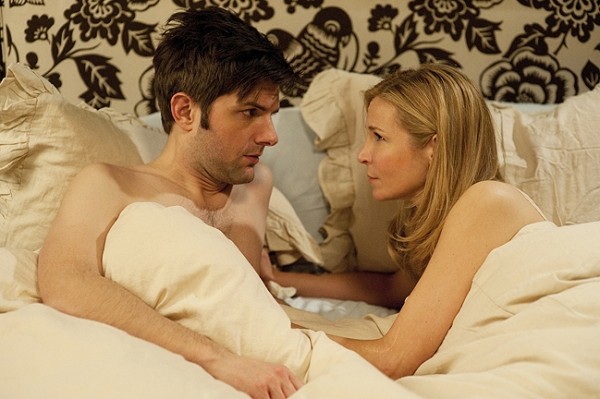 Friends With Kids
Two single BFFs (Adam Scott, Jennifer Westfeldt) decide to have a baby together while still dating other people, much to the dismay of their friends (Jon Hamm, Kristen Wiig, Maya Rudolph) and pretty much no one else. (Roadside Attraction)

Casa De Mi Padre
A Mexican rancher (Will Ferrell?) struggles to keep his father’s business afloat amid shady deals and telenovela temptations in the biggest comedy-career misstep since Jack Black’s Nacho Libre. Subtitled, so you get to read the half-assed jokes. (Pantelion)

Girls Gone Dead
Six hot girls rent a vacation house for their high school reunion—naturally, a psychopathic serial killer with an axe shows up and starts chopping them to bits. Guest appearances by Ron Jeremy, Jerry “The King” Lawler and Beetlejuice! (E1)

Get the Gringo
A ’Merican thug (Mel Gibson—yes, he’s still working) outruns the U.S. Border Patrol but lands in a tough Mexican prison, where he receives enlightenment and guidance from … a 10-year-old boy? This really is a tough prison! (Fox)

The Three Stooges
Sean Hayes, Will Sasso and Chris Diamantopoulos star in the Farrelly Brothers re-imagining of The Three Stooges that no one asked for—except maybe Will Sasso. On the upside, it pisses all over Christianity, so it’s not a total loss. (Fox)