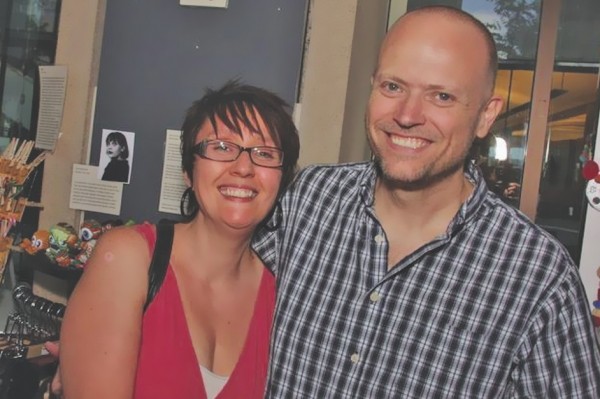 As far as healthy food goes, yes, Utah has a bit of a hill to climb. Who else would stack two pounds of pastrami on a burger? But with obesity rates rising, more people are looking for healthier local options.

The latest local vegan-friendly diner is Frisch, the brainchild of Leigh and Rachel Kade, who may be a familiar couple to many in the art scene as the creators of Grimmleighs. While creating art was a great business, the couple had dreams of opening a cafe for a long time. Initially thinking about opening a food truck, the couple came across the old Rico’s location on 500 East and immediately took up residence.

As a family, they had been vegetarians for years and switched to vegan foods a few years ago, so creating a menu from their own recipes wasn’t too difficult. All that was left was to complete the building transformation, thanks in part to a large backing from Kickstarter.

The Kades have taken on the term “compassionate eatery,” with an emphasis on compassion for animals, the planet and the community they serve by offering some of the more creative vegan options you’ll find in Salt Lake City. The technicolor tempeh kale salad contains all organic veggies with toasted almonds, the highlight of a salad menu that also includes a quinoa black-bean dish called the Toni, and the broccoli burst. Not to be overlooked are the wraps, including the specialty fancy boy, made with spicy soy chicken and vegan mayo. But the real secret to the Frisch menu are the dips, featuring red-lentil-curry and edamame-spinach flavors that are to die for, served with veggie sticks or tortilla wedges.

Along with a kids menu and daily specials that include a Taco Tuesday with handmade corn tortillas, Frisch is one of the few places that doesn’t just care if you come to buy their food—they care about what you eat.