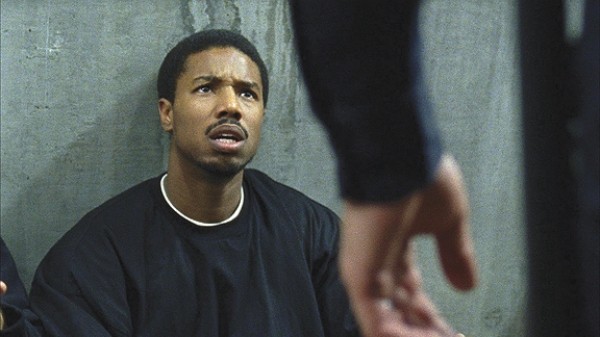 In the early hours of New Year’s day 2009, Oscar Grant—a 22-year-old African-American man—was shot by a Bay Area transit officer while handcuffed and face-down on the ground at Oakland’s Fruitvale train station. He subsequently died. The officer spent less than a year in prison for the incident, and its faint echoes in the George Zimmerman/Trayvon Martin case make Ryan Coogler’s movie about Grant—the Sundance award-winning Fruitvale Station—seem particularly timely and urgent. It opens with eyewitness video showing the police aggressiveness; it closes on footage of a real-life commemorative vigil. Fruitvale Station makes people emotional. They feel that what they’ve just seen is important.

But it’s time to make a key distinction: It’s possible to find both the incident depicted in the film and the Zimmerman/Martin case infuriating examples of What’s Wrong With America, yet still consider Fruitvale Station a fairly lousy piece of filmmaking.

Structurally, Coogler takes a stripped-down approach, limiting his scope (with the exception of a single flashback) to the 24 hours leading up to Oscar’s death. We see Oscar (Michael B. Jordan) trying to mend fences with his girlfriend—and mother of his daughter—Sophina (Melonie Diaz) after an instance of infidelity. We follow him as he tries to get back the job he has lost as a result of being chronically late, and as he considers getting back into the drug-selling business that already landed him in prison once. And we see him gathered with family at a birthday party for his mother (Octavia Spencer), and with friends preparing for the ill-fated night on the town.

Coogler doesn’t exactly try to sanctify Oscar, capturing the quick temper and frustration that may have contributed to his earlier poor choices. Jordan’s performance is strong work, impressively natural as a fundamentally decent guy who still has a bit of an edge. He’s matched by castmates Diaz and Spencer, talented actors who give their all to their emotional moments while remaining anchored in something fundamentally real.

Yet those performances often feel like the only genuine thing about Fruitvale Station. It’s a stacked deck of a script, so furiously determined to make us identify with Oscar that literally nothing in the movie serves any other purpose. He helps a young woman by calling his grandmother to get advice on frying fish. He tries to save a dog that’s been hit by a car. He races playfully with his daughter. He financially supports his struggling sister. He helps a pregnant woman find a place to use the bathroom. This Oscar, he’s an all-right fellow, in case there was even the slightest question.

Then, for the rest of the 84-minute running time, we get Bitter Ironies and Foreshadowing: The Motion Picture. Oscar dumps his weed into the bay that very day and resolves to get his life back on track. He wanted to stay home, but Sophina pushes for fun in the city; he was going to drive, but his mother suggested taking the train. His daughter tells Oscar, while hearing fireworks, “I’m scared, I hear guns.” The husband of the pregnant woman happens to be a web-design entrepreneur who hands Oscar a business card (and, we assume, the prospect of a job). He runs into not one, but two people we’ve seen him interact with previously, in the same densely crowded train car. Even if literally every single thing that happens in Fruitvale Station happened to Oscar Grant in real life during that 24-hour span, it’s still terrible screenwriting. Verisimilitude is not a “Get Out of Narrative Plausibility Free” card.

The few minutes involving the train-station incident itself are appropriately tense, capturing the rapid escalation of a minor scuffle, exacerbated by at least one cartoonishly dickheaded cop. But Coogler has built Fruitvale Station on a false premise: that the unnecessary death of a young black man was terrible and tragic only if all the stars were aligned in a specific way to demonstrate his worthiness. It’s a horrible thing that Oscar Grant is dead—and Coogler doesn’t trust that we can come to that conclusion without beating us over the head. As we watch his family and friends pray and mourn, it’s easy to feel their pain, because this isn’t a story so much as it is a sympathy generator.