Foreign Figures Getting "Nothing" Done, Tony Holiday's Porch Sessions, KUAA's Keeping It Up, and more. 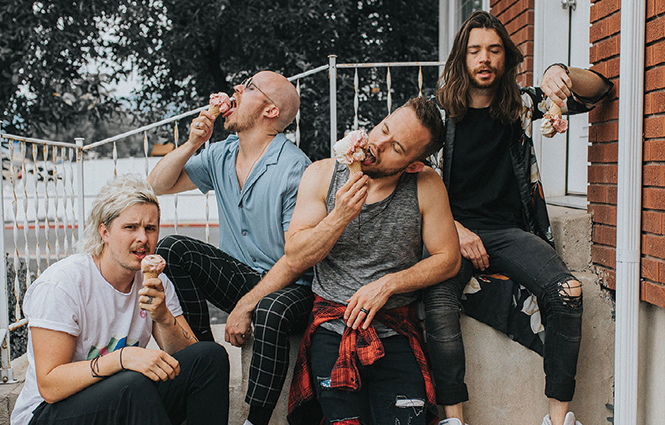 Foreign Figures Getting "Nothing" Done
If anyone knows how to keep their heads up during rocky and uncertain times, it's pop people. And by that, I mean disciples of success, ambition and the churning out of bangers. Utah County has long been a hotbed for such artists, and Orem-based stars-on-the-rise group Foreign Figures certainly fits the description. They've taken the weirdness of quarantine in stride, with all the gusto of a marketing machine and all the charm of their being a foursome of handsome, talented young men. Their stream of content has changed little in the days since mid-March, first taking a show cancellation at Velour in stride before moving on to cheeky teasers about their new single "Nothing"—a name they amply pun-ified all over their social media, and which itself contains the lyrics, "what's this song about? Nothing at all." Playful and upbeat, the song actually kind of gets at what a lot of us are hungry for during these endless days of quarantine: fun for fun's sake. The group seems to have shacked up together for their own quarantine time, and at least into April were still releasing videos. Created by a band made up of members who have all been frontmen in past projects, the videos feel like watching a reality TV show, full of hijinks, charisma and the odd dramatically delivered song. Stream "Nothing" on Spotify, or their January single "King," which is a good indicator of what their upcoming album Everything is Never as it Seems will look like.

Tony Holiday's Porch Sessions
Local folkie-Americana soloist Tony Holiday—who typically lives the life of a nomadic musician—settled into the reality many of us have had to. For him, that meant settling into his porch. But he didn't plan to do it alone; in mid-April he published the first of a series of Virtual Porch Sessions, a quarantine passime version of his usual IRL Porch Sessions uniting musicians all across the country, from as far east as Memphis to as far west as the Bay Area. The first session involved a pieced-together video of artists (Aki Kumar, Southern Avenue, AJ Fullerton, Victor Wainwright, Hector Anchondo, Kid Memphis, Jake Friel, Max Kaplan, Danny Banks and Holiday himself) singing parts of the fittingly-chosen "How Long" by blues artist Leroy Carr. It's a surprisingly well-constructed work that maintains the humble feeling of sitting out on one's porch, in one's yard or in the garage with the door wide open. More of these heart-warming and humble compilations are in the works, and updates can be found at Holiday's Facebook page (facebook.com/thefrontporchsessionsusa). Upcoming acts include locals like Talia Keys and national acts like Lauren Williams, Red Casey, Whitney Shay, TK Jackson, Lindsey Beaver and Ghalia. Holiday also has an album in the works, Soul Service, out May 29—something to anticipate because, at the very least, listening and looking forward to new music is something that hasn't changed at all during this time.

KUAA's Keeping It Up
For me, nothing calls to mind the gentle quiet of growing up in the '90s, pre-Internet, like listening to the radio in your house. While my childhood home was filled with the sounds of Top 40 pop stations that my mother loved, my taste has evolved a little as an adult. Thanks to KUAA and all their creative and resilient work, interesting music comes to my apartment featuring music from, and the voices of, locals just like me. The station has been showcasing several guest DJs lately, like Adam Tye of Diabolical Records and local musician Time Chimp, alongside their usual programming. If you've lost track of the days, and the word "weekend" doesn't mean anything to you anymore, be sure not to miss the Friday show from The Sound Department, hosted by Tony Glavas and airing from 10 p.m. to 1 a.m. (perfect if you've been experiencing quarantine insomnia). Another goodie not to miss is their 2nd Wind show, featuring what they've dubbed "intersectional psychedelia," and which curates stuff from all ends of the psych, folk and experimental spectrum. It's not just the music you should go for, either, of course. Radio is about music and community, and KUAA is working to connect us all, especially now. Whether driving in your car or listening online at home, tune in to KUAA at 99.9 FM or online at utaharts.org/programs-and-events/kuaa-radio to get out of your head. 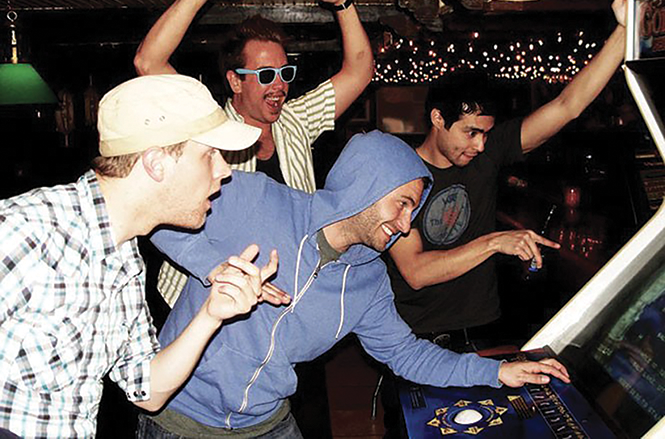 May's Concerts from the Crib
Concerts from the Crib was one of the first organized attempts to get live music to the ears of SLC locals marooned in their homes, in their living rooms, on their couches—and that's pretty much still where we are. With the success of their first run of Instagram Live shows last month, The Depot is keeping the music rolling: Another month of quar, another set of concerts to enjoy from home. This month's schedule is peppered with a slew of great locals, kicking off with the scrappy punk rock of Racist Kramer, along with solo-ists Seth Brown and Morgan Snow, all during the first week of the month. Next up on May 8 is Sammy Brue, a young local musician who has lately risen out of his reputation as simply the most impressively young folk artist in the region, and shown himself as an artist with the talent and grit to make it to the top—and definitely out of the chaos of Corona. Local indie darlings-on-the-rise Dad Bod follow on May 10, with a solo set from Dustin Wayne of the Wayne Hoskins Band on May 11. The rest of the month features acoustic stylings from future.exboyfriend (May 15), plus Provo indie staples Brother., Irish folk-n-rockers Murphy & The Giant and the emo-rap of Utah native Phobia the Greatest. Don't miss this chance to reconnect with some of the most entertaining acts SLC has to offer; tune in to @thedepotslc on Instagram for viewing info and times. 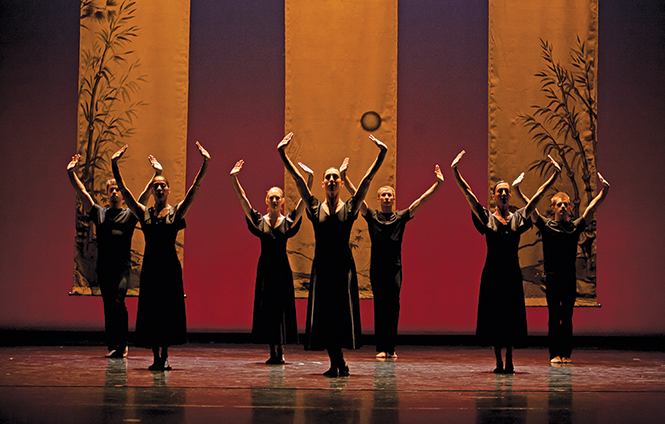 RDT Keeps Us on Our Toes

While many of us are just missing seeing live music or going out for a drink, some are surely missing the energetic act of going out for a night of dancing. I know I'm not alone in living a much more sedentary life during the pandemic, and it can be hard to find ways to stay active, entertained and spirited. Luckily, anyone who wants to get back in touch with their foot-tapping qualities can find hope in the online dance classes offered by Repertory Dance Theater. From more traditional modes of dance like ballet, jazz and hip hop, to Bollywood, modern dance and Afro-hop, they've got classes at multiple skill levels and at multiple times of the day and week. These classes are obviously a great solution to the problem of physical inactivity right now, and offer a way for instructors to still have some income, as well as offering community members the chance to learn something new and move their bodies to a beat while stuck at home. The best part? Even for those being conservative in our spending right now, the classes are affordable, operating on a pay-what-you-can model friendly to all financial circumstances. So don't wait another minute—get up and start to move, or at least let RDT help you try. Visit rdtutah.org/danceclasses.html to view class listings and register.