Bops and Words from Jay Warren, Mundi Project Provides Lessons for All, Sammy Brue Grows Up, and more. 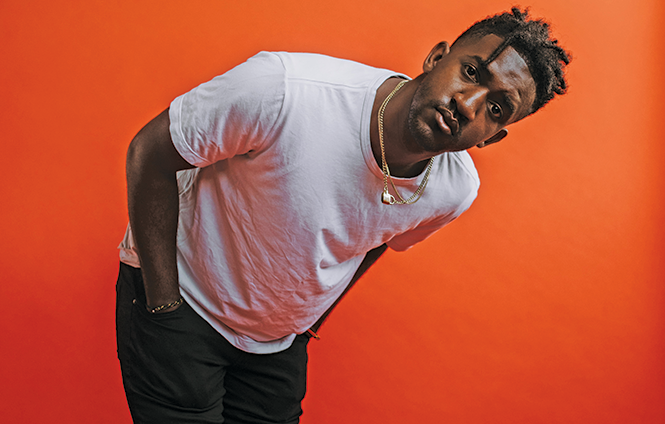 Bops and Words from Jay Warren
Local pop crooner Jay Warren has been teasing music for the past several years, building on an R&B-informed soulfulness with a decidedly contemporary air and emotional weight. His singles releases date back to 2016—the year he dropped an even more minimalist version of The National's "I Need my Girl." His newest single is his best yet, and indicates the hit-making future implied by the dulcet tones he's kept strong with his work in the Saints Unified Voices Choir. "Take It Higher" does indeed take Warren higher, close to bop status, with its fusion of disco-era sensuality and gleamingly modern production that places it close to what's hitting on the radio today. Released June 26, it's in anticipation of his upcoming debut album, due in September. And in addition to preparing for that release, Warren has been busy engaging with the Black Lives Matter movement on his blog (jywrrn.com/blog). Using his background as a Black man first and foremost—as well as what seems to be a deep well of patience and graciousness—Warren has started accepting questions about BLM and what the movement is all about. The first post, dated June 8, explores questions about exactly what All Lives Matters means (spoiler: It means you should read his blog post about it) and why Black people are calling on white people to do more in this moment. A Utah artist on the rise, and with generosity and articulateness that's just as dazzling, Jay Warren is one to keep an eye on—both for his music and for his words. Stream his singles on Spotify, or buy on iTunes.

Mundi Project Provides Lessons for All
Along with like-minded groups like SpyHop and Salt Lake Academy of Music, the Mundi Project is pretty much saving summer for kids and teens with their all-ages approved online classes, hosted via Zoom. The project focuses in general on breaking down "socio-economic and generational barriers" that keep some people away from learning music, and the model makes more sense than ever as many face the new barrier of COVID-19 and its restrictions on live lesson-taking. While they usually offer almost too many resources to count, for now they're going ahead with classes, their concert series and other workshops, all through virtual formats. Students of all ages can sign up for ukulele classes, where they can work on learning music theory and tablature alone, or in a parent-child pairing. And while the ukulele classes do cost tuition—for which there is assistance available—they've started a free series of classes, under the umbrella of Music Engagement at Home, which includes classes like Skittles & Scales (Music Theory for Little Learners), Songwriting for Parents (How to Write a Lullaby), and Need for Composer Diversity in Music Education, to name a few. Mundi shows that it's possible not only to keep the kids engaged with music learning this summer, but for parents to get a chance to pick up something new, too. Learn more at mundiproject.com and see more events on facebook.com/mundiproject.

Sammy Brue Grows Up
Utah's own wunderkind of folk is still a teen, still good and still growing. This much is apparent on his newest release, Crash Test Kid, released June 12, three years after 2017's I Am Nice. The album title and the music itself show a slightly tougher version of the Brue who was just nice, with some electric juice pumping through the album. This is owed both to aging out of his early teenage years of songwriting, and into the big bad world of young adulthood in this fiery, falling-apart world, as well as his collaboration with big-time producer Iain Archer. His natural tendency towards folk and Americana is still there, but with songwriting that feels a little more sincere, probably owing to more life experience. But Crash Test Kid often inches towards more raging, rock 'n' roll territory, too. Electric blues rip through the song "Teenage Mayhem," the standout departure from the rest of the album, and hints of its energy pulse through the crashing lament of "Skatepark Doomsday Blues" and the borderline Kurt Vile-esque track "Megawatt." They speak to, as Brue says of the title track in a performance available on his Instagram, growing up in "this shithole called the modern world"—a sentiment most kids his age, musical geniuses or not, can definitely relate to. Apocalypse aside, these moments on the album are very compelling, and signal his growth even more than the newly deft production. If Brue graduated from his folky youth into a ripping and rocking adulthood, it might not be such a bad thing. Stream it on Spotify or purchase on iTunes.

PANDOS hosts Virtual Music Festival Fundraiser
The new reliance on livestream concert sets has become the perfect vehicle for the many new fundraisers needed for mutual aid networks, bail funds, funerals and more connected to COVID-19 and the widespread protests against institutional racism. This virtual music fest, though, will address and assist the Navajo Nation, which is being hit particularly hard by COVID-19 because of racism—that is, environmental racism. Despite centuries-old treaties promising indigenous nations like the Navajo funding for healthcare and infrastructure for basic necessities like clean water, the U.S. has failed time and again to provide the promised support, leaving the Navajo Nation with the highest infection rate in the country. The neglect of the Navajos' basic material needs in general, but especially now, is a sly continuation of the more direct acts of genocide committed by the U.S. government as long as white immigrants have been colonizing this land. Utah-based Native and environmental rights organization PANDOS (Peaceful Advocates for Native Dialogue and Organizing Support) is looking to help with this new challenge, securing 8,000 COVID-19 test kits to deliver to the medically underfunded and difficult-to-navigate rural communities of the Navajo Nation, as part of their new Mobile Testing Project. As of press time, PANDOS was still seeking Native and non-Native performers to contribute to their livestream festival to raise funds for essentials like water, food, firewood and sanitation supplies. Learn more about how you can contribute and tune in to the live stream of local talent on July 3 at 6 p.m. at Facebook.com/PANDOS.org. 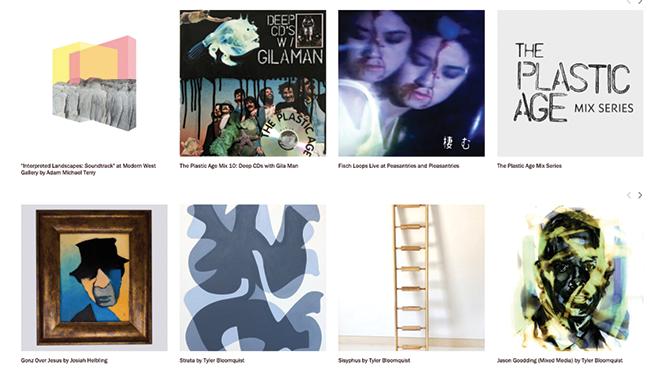 Local Binge: FOUNTAINavm
"Record label" is too limited a term for the scope and influence of local multifaceted culture-creator and -curator FOUNTAINavm. Founded by Adam Michael Terry—AKA DJ Finale Grande around the club circuit—the label is home to all things niche yet expansive, and all things utterly cool. Label artists including Fisch Loops, Concise Kilgore, Gila Man, Tyler Bloomquist, Ian Camp, 1990bling, Applegreen, Lloyd Miller, Rhino Horn Placebo, White Squalor and Finale Grande himself all have digital and physical releases up on the site, whose clean, compelling aesthetics are maintained by Terry's partner Alysha Kester-Terry. Many of FOUNTAINavm's artists are vinyl heads and experienced producers around town, which has resulted in the patchwork project called The Plastic Age—an "explorative, archival, archeological, audio anthropological mix series," that finds label artists pulling from vinyl, cassettes and other found recordings. Also up on the site are recordings from live events, such as Fisch Loops Live at Peasantries and Pleasantries and Live at Diabolical Records: Critical Beatdown Nite, to name a few. A fantastic resource for familiarizing oneself with a tight-knit community of cross-medium creators, it's also a great way to get out of a music rut and learn something new about the genres these artists constantly reference, experiment with and build upon.