Salt Lake Men's Choir + Damn These Heels, 12 Minutes Max Dials Up, To Karaoke or Not Karaoke?, and more.

Salt Lake Men's Choir + Damn These Heels
Utah Film Center's Damn These Heels Queer Film Festival (see July 9 City Weekly ED: Link here) is something of an SLC institution at this point, and a key part of the tapestry of arts that makes this city great. Unfortunately, just like most other in-person arts events, it has gone mostly virtual due to the pandemic—but this isn't stopping groups from getting together to view the films that most excite them. The new format is easier in some ways than attending an IRL film festival, with no need to run from one screening to the next, Q&A's and other features being non-existent when viewing from one's own home, and with the tickets being per-household instead of per-person—a screaming deal for folks with roommates or families. The Salt Lake Men's Choir is taking advantage of this moment, too, by collaborating with Damn These Heels on a screening party of Keyboard Fantasies, a documentary about the prolific jazz-folk and new age synth pioneer Beverly Glenn-Copeland. In an announcement on their Facebook page, SLMC President Justin Hudspeth notes that the story of Glenn-Copeland—who withstood the loneliness of being an out gay person and later an out trans person before it was common to be either, as well the challenges of being an underappreciated artist of color throughout the '70s and '80s—resonates with the Salt Lake Men's Choir, in that they have also long celebrated their queer elders, and what it means to sing the song in one's heart. The streaming party is on July 16 at 7 p.m., details for which can be found at facebook.com/slcmenschoir. Others wishing to stream the movie at other times can find details at damntheseheels.org.

12 Minutes Max Dials Up
The Salt Lake City Public Library has been keeping busy trying to find ways to get back to their usual programming, which for many is a normal part of summer's fun and entertainment. Luckily, they've got 12 Minutes Max ready to get up and running again. The program showcases brief performances across the mediums of dance, music, film, theater, written word and other kinds of performance art, followed by equally brief Q&A sessions—earning its name of 12 Minutes Max. It affords artists the valuable opportunity to test out new work or works-in-progress, and this first virtual version of the event is no different than past incarnations. It features, ironically enough, a dance performance about the limits of technological communication that debuted way before the pandemic—almost exactly a year ago—by SLC-by-way-of-Minneapolis dancer Halie Bahr. There will also be a short film by Mikkel Richardson (who has in the past showed his film work at UMOCA) and a performance by Logan-based musician Man meets Bear. The latter also works as a lake ecologist, an interest that is evident in his structuring of songs as ecosystems using a synthesis of folk aesthetics and noise material. Head to vimeo.com/435803763 for the video page, or visit services.slcpl.org for more info, and tune in on Sunday, July 19 at 2 p.m.

To Karaoke or Not Karaoke?
About a year ago, when life was normal and you could bounce around to three different karaoke bars in one night, City Weekly published a story about why we karaoke. It was a good time for the writer, to be sure, and karaoke devotees surely miss their favorite pastime. So, as we did a few weeks ago when shows at bars started to happen again, it's time to address the issue of live karaoke—many nights of which are starting to pop back up on summer calendars at local bars. Should one go belt one's heart out while the pandemic still thrashes around our state? Unfortunately, reader, it might not be the best idea—or at least, that's our opinion. Back in May, it was reported that an early March gathering of some choir singers in Mount Vernon, Wash. led to, uh, 87% of them falling ill with the virus (read about it on CNN, or do a simple google search "is it safe to sing in public 2020"). While church choirs and community choirs alike mourn the loss of group singing, the same concerns might be applied to the karaoke-loving community. While it's technically usually just one person on stage singing, we all know what happens on karaoke night at a bar when everyone's got some brewskis in them. So, do what thou wilt, readers, but consider saving thy spittle for another day, and a safer communal mic. Or, revisit one of our blog posts from back in March, when we outline how to host your own Instagram Live karaoke (spoiler: it involves a lot of drinking at home). 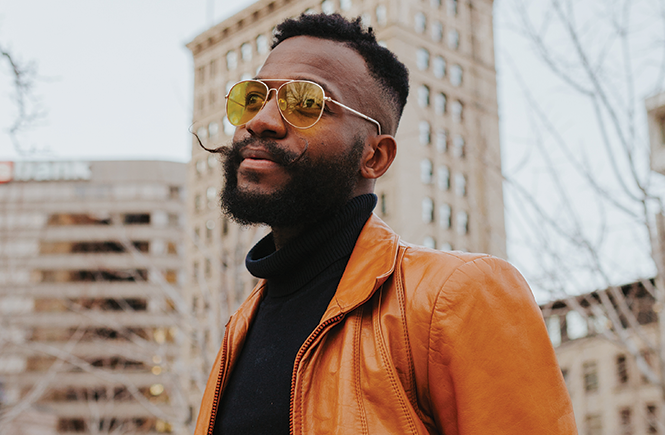 Holladay Hosts Uncommon Concerts
The Holladay Arts Council is getting on the creativity train alongside so many others, taking up the drive-in concert model for a new series of concerts at Highland Drive and Donelson Lane. Kicking off July 18 with the Joe Muscolino Band, the new series is free as long as one snags a reservation in time, with the performance space capped at 100 cars and up to six occupants per vehicle. The same rules as a drive-in movie basically apply—move around, sure, but be polite about it, which these days means wearing a mask when leaving the car. The sets all begin at 8:30, going until 11 p.m., with the exception of the very last night of the series (Aug. 29) which will go on at 7:30 and feature two acts, the Kage Hughart Project alongside the Charley Jenkins Band. This is a truly unique opportunity to enjoy longer-than-usual sets by beloved locals like funk and soul masters Joshy Soul & the Cool (Aug. 1), and the dynamic, contemporary stylings of Jersey Street Band (Aug. 15) and, as a repeat, the country-loving Charley Jenkins (Aug. 29). Don't wait to reserve a spot for your car so you can roll down to Holladay and enjoy a safe summer's night out under the stars, with plenty of tunes to go around. Go to holladayarts.com/"un"common-concerts for reservations and more info. 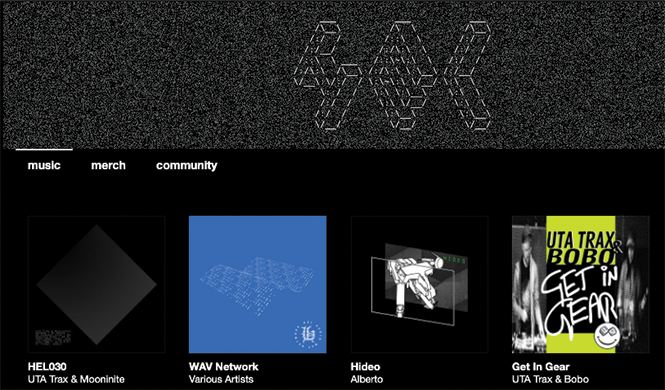 Local Binge: Hel Audio
Launching in 2012, Hel Audio has transformed SLC for the better as a go-to spot for crazy, challenging electronica offered up by the label's roster of mainstay local and un-local artists alike. From the fuzzy, ambient noise of Braedyn Jae to the deliciously starry-eyed dream pop of Bobo, then to the clubby experimentations by UTA Trax, or the cinematic, creeping sounds of Θ (yes that's the real name), there's something for everyone here, whether they're familiar with experimental electronic music or not. It may take some time to get into the grooves of what makes some of these similarly wandering artists distinct, which is made more challenging by their frequent (and very good) collaborations. Artists like RS2090, SIAK, Ben Q Best and Karl Jørgensen (the founder) collaborate often with their especially robotic leanings. The myriad other artists who have releases on the labels are too numerous to accurately describe, but be assured that the next time you need the relaxation of some excellent electronica, Hel Audio is the place to go. Another great way to get a sample of the participating artists is to take a peek at their big compilations, like 2014's Industry or the February 2020 release WAV Network. Visit helaudio.bandcamp.com to purchase and stream, or visit helaudio.org to purchase their newly released HEL030. The collaboration between UTA Trax and Mooninite features contributions from Lauren Smith and Bobo, and all proceeds (forever) go to the NAACP Legal Defense Fund.