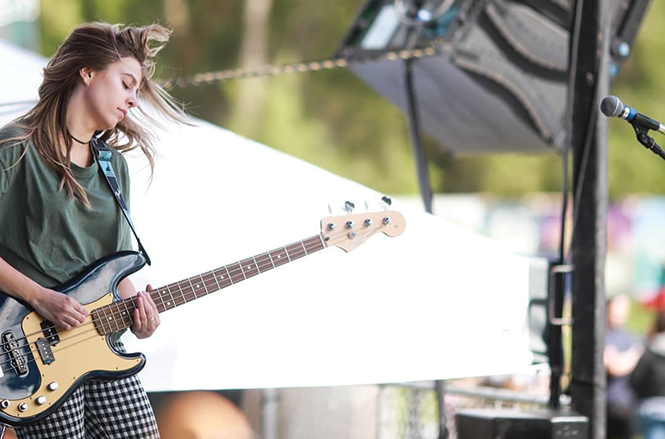 SLC Skate Babes Boogie Down
At this point, we've all at least heard if not seen that rollerskating has become the craze during the pandemic. For many, unemployed free time and the loss of normal summer activities meant picking up new hobbies, and while some opted for bread-baking, getting into Animal Crossing or learning TikTok dances, others fell for the nostalgia-infused and classically-cool activity that is lacing up the skates. If your Instagram stories haven't been full of people showing off their new wheelie kicks, you've surely passed by some empty local basketball court or park plaza where unnervingly stylish folks in knee-highs and booty shorts are whirling around with varying levels of skill and grace. Salt Lake City Skate Babes (@slcskatebabes on Instagram) has been a space for local skaters since early April, where new rollerskaters could submit progress videos of them learning slick twirls and tricks in their eye-catching skates. Now, though, it seems everyone in the community is good enough to move on from gliding solo and instead gather for weekly community skate nights at Jordan Park near the Peace Gardens. Local DJs set the vibe, integrating the activity with music just as it was in the '70s. Recently, the Social Disco Club helped turn one Monday night into a bona fide roller disco, with the help of DJs Typefunk and Ryan Condrick. If you haven't been able to kick your skates off all summer and want a place to show off your moves, put on your grooviest mask and head over to Jordan Park Mondays at 8 p.m. for one of the coolest ways to close out the summer.

Fork Fest Practices COVID-consciousness
Surely many hoped that by September, we'd have kicked this old virus, but that's not the case. And while we may have had one expectation dashed, other things have come out of the woodwork that no one could have predicted—mainlyA by way of the innovative solutions to finding new normals. Utah County's Fork Fest has come up with one of these new and heartening inventions with their COVID Conscious Music & Arts Festival. Along with the support of local and state health officials, the organizers of the fest have decided to go on with a physical and virtual version of the fest on Saturday, Sept. 5. In-person attendance will be limited so that they can practice safety precautions like social distancing during the live concerts, which will take place at Art Dye Park Disc Golf Course (try saying that five times fast), hosted by the Harrington Center for the Arts and Velour Music Gallery. Despite changes to make it safer, though, it's still very much a big affair, with 27 featured bands, three stages and a variety of vendors, food trucks, games and activities for kids. Local acts like The National Parks (who just released a new album in the spring), The Backseat Lovers, Ryan Innes, Brother. and Bri Ray are among well-known acts that will perform. The festival is free for children ages two and under, and otherwise costs $25 for general admission, $45 for VIP tickets and $10 for older children. For those who want to watch from home, the professionally-streamed event will cost a much lower cost of $12, including access to the Fork Fest Songwriting Panel on Sept. 3. Head to forkfest.org for more information on safety protocols and for ticket info.

Ogden Farmers Market Brings the Music Back
While farmers markets up and down the Wasatch Front have started back up, not everything is quite as it was. You may have noticed while wending your masked way through the booths at the markets, there's something missing—and it's not the copious amount of cute dogs or vibrant summer squash at every turn. Markets are also typically home to humble tunes from local bands and soloists, but that just isn't the case this year, sadly. Single stage events in small park areas present just too much risk of congregation, especially considering that markets are already bustling with people. Though there are many new outdoor shows popping up at venues and bars all over the valley, farmers markets have been playing it safe. But Ogden's own market has found a workaround for those who miss easygoing tunes at summer markets. Thanks to a collaboration between Ogden Downtown Alliance and the Farmers Market Ogden, there's a way to enjoy the missing music—and one that's been paying artists, too. Every Friday night at 6 p.m. this summer, Facebook has been home to a concert series made up of bands and buskers who are absent from the market this year. If you haven't tuned in, make sure to catch one of the last few dates of the summer by heading to facebook.com/ogdendowntown where the event is listed, and where it will be streamed. Maybe make a stellar dinner with your market veggies while you're at it, and it might just feel like you aren't missing out on anything after all. 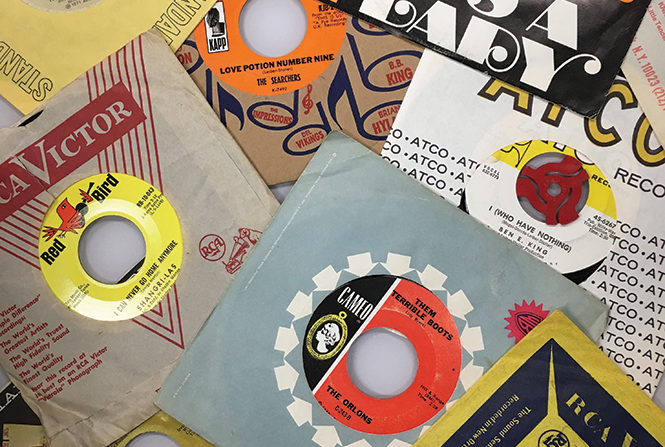 KRCL Preps for Record Fundraiser
A few weeks back, we mentioned KRCL's upcoming Annual Record and CD sale, a fundraising event throughout September that helps sustain the community radio we all love and listen to, and which has been a reliable tether to reality and a source of understanding our city's unique struggles during the pandemic. Naturally, this time around is going to be a little different due to the virus, but KRCL is taking many precautions to keep the event safe, including making it mandatory to reserve a spot at the outdoor event, which will take place outside the KRCL office every Saturday of September. Hand sanitizer will be widely available, masks are mandatory and the record racks will be appropriately distanced, making for safer digging than maybe any local store. However, if you still want to stay extra safe, or just want a shot at the good stuff without all the effort, you can tune into their pre-sale event on Facebook Live on Sept. 3, where KRCL's John Florence will present some of the finest donated vinyl they've received for bidding. If that's still not enough though, make plans to reserve a spot on one of the Saturdays from 9 a.m. to 2 p.m. KRCL supporters can also continue donating their own personal records to the sale throughout the month—an easy alternative way to support for those who can't buy any new records right now. Visit KRCL.org for more info on reserving a spot and dropping off donations and visit facebook.com/KRCLradio for the Facebook Live presale event.

The Backyard Show Goes On at Urban Lounge
It's pretty weird that, as the summer closes out and fall approaches, we've finally started to see more consistent instances of outdoor shows, bar patios re-opened and people donning masks as they head out into late summer evenings for just a taste of a normal summer, even as COVID cases have been rising. It's been a weary, dull summer for many, though, and with no specific changes in sight, it's understandable that shows like the new-ish backyard nights hosted behind the Urban Lounge have gained some popularity. Outdoors, after all, is the safest place to be near people. So, if you want one last shot at a summer eve of revelry, catch this gig before September yields to fall. Longtime local five-piece Scenic Byway will grace the back lot behind Urban on Sept. 4 with their atmospheric, jazz- and jungle-infused rap rock, alongside fellow locals The Fervors and Dangus Kong. The Fervors have already graced an Urban backyard set in August, alongside fellow psych rockers foursome Lord Vox, and Dangus Kong just wrapped recent shows at Ice Haus and Westminster College. The latter will be the balance between Scenic Byway and The Fervors, with their distinctive style of funk-infused jam rock. Make your Friday a fun one and visit theurbanloungeslc.com for tickets and more info; remember to bring a few friends to be seated with.