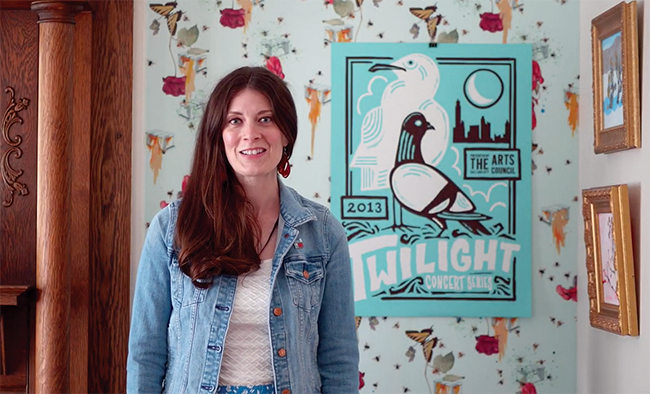 Twilight Concert Returns for Benefit
It's already in full swing, but the Twilight Concert Series is back, in a respect. The iconic SLC summer series is best known for its accessible mix of low ticket prices and, when gathering was possible, its location downtown at the Gallivan Center (though it departed to Pioneer Park for a few years). The loss of the series this summer is truly a sad one, since it brought many big-time acts to SLC for shows that were unbelievably and uniquely affordable considering who and what they featured. Now, the organizers—including the Salt Lake City Arts Council and S&S Presents—are teaming up with local artists for their Light Up Locals Fundraiser, which will benefit still more local musicians. Instructions on how to submit for consideration of aid is still to come, but the aim is to give each selected local artist $500 in emergency relief. The council will be in charge of divvying up these funds, which will be available at the end of October. Tickets to the event are the same $10 as usual, and will treat virtual attendees of the pre-recorded concert to performances by Marqueza (see this week's feature story), the three-piece mystical psych rockers Lord Vox, the Provo-based indie folk band The National Parks and the swinging blues maestro of SLC himself, Joshy Soul. Unlike other virtual performances, this one is available to donors at any time after Sept. 3, and ending when the donation period ends, Sept. 25. There's also the opportunity to pitch in more for perks like ticket vouchers for future S&S shows, Twilight Concert Series merch and posters, and gift cards to a local restaurant. More information about ticket purchase can be found at twilightconcerts.com

ULEIA is on Red Alert
Many organizations and movements have sprung up during these six (6!) long months of COVID, and while for some things may feel more normal now, there are still masses of people whose industries have been decimated, and who are still without income. This includes thousands of workers in Utah alone who are part of the Utah Live Events Industry Association, a group formed after the pandemic ripped apart the entertainment world back in March. The group is the backstage answer to NIVA (National Independent Venue Association), encompassing all those who work behind the scenes before and after the show: bookers, lighting tech, sound and stage crews, equipment renters, tour managers and so many more. The bigger the show, the more people it employs, and it's exactly the biggest shows that seem like they'll get back to business last. They've teamed up with movements like #WeMakeEvents to increase awareness about the sheer number of people struggling without entertainment industry jobs. Many of these lost jobs are freelance positions according to Tristan Southwick, a local show production veteran who City Weekly talked to last week about the closure of Bricks, also known as In the Venue and Club Sound. Southwick works for a show gear rental company called Upstage, whose owner, Chris P. Martin, is vice-president of ULEIA. The group recently put on a display with #WeMakeEvents involving a nationwide "red alert" event on Sept. 8, where technicians used their connections to venues and lighting spaces to light up the night with red—including the Utah State Capitol. Here's hoping that they can indeed shine a light on the dire needs of entertainment industry workers, so that one day, the show can go on.

Arizona Sun Shine at Kiitos
Kiitos is taking up the patio lifestyle like so many other local bars, but since they don't have one, this upcoming show will be even more low-key when it takes place in their parking lot instead. Located on the scrappy side of the tracks and surrounded by warehouses, Kiitos Brewing has always been an unassuming spot, but in a refreshingly humble way compared to other new local brew breweries and taprooms. Anyone who's spent time at their annual Oktoberfest celebration knows they know how to throw a party out of doors, though. This weekend, local alt country rockers Arizona Sun will bring their distinctive sound to Kiitos on Saturday, Sept. 12 with a TBA opener. The band is maybe the only one of their kind, at least locally, to feature a violinist, and reaps the benefit of vocalist Echo Austin's strong, soulful style. What's sure is that the group—made up mostly of Arizonans-turned-Utahns, all of them passionate lifelong musicians—will make for a rollicking weekend evening with their set, which starts at 5 p.m. and presumably goes until the patio shuts down at 10 p.m. The outdoor set will also include, of course, socially-distanced tables and face mask regulations to be adhered to when not sipping on one of Kiitos' innovative brews—which are sure to take a turn soon towards the autumnal. A food truck will be available to round out the night and satisfy cravings beyond those for alcohol. Arizona Sun also promise to "unveil a big surprise," and for any fans, hopefully that surprise is some kind of upcoming release from the spirited five-piece. Follow them for more updates at facebook.com/arizonasunband.

Dawn Chorus and their Slow, Steady Singles
Local atmosphere rockers Dawn Chorus have taken a different approach to releasing music since last year, and one that suits the high-stress new world the pandemic has offered musicians. The three-piece group has played together in various bands for years, but only in 2018 did they come together to make this project. So far, their work together has resulted in the 2019 EP For Sore Eyes and a bunch of singles. The short group of songs on For Sore Eyes is heavy on the Radiohead influence, but not in a heavy-handed way. Their clear penchant for soft experimentations in indie music has carried through to their recent slew of singles, a pattern of releasing that they've decided to focus on over longer collections of songs. Their most recent track, "Origami Heart"—released in August—couldn't be farther away from the moodiness on their debut EP, with its friendly, wiry guitar parts and woozy, upbeat vibe. It's the result of gradual movement in a trippier and sunnier direction, preceded by the very catchy "Arm's Length" and the psychedelic "Kaleidoscope." They return to form on their two newest tracks, out Sept. 24—a pair titled Wax // Wane. "Wax" treads lightly back towards melancholy, and "Wane" follows up dramatically, sprinting towards a chaos that plummets in circles at the end like a well-trained sky diver. The experimentalists have more single releases planned for October and November, and at this point it's clear that the wait is worth it both for them and anyone who listens. Find their music up on all streaming services, or at dawnchorusslc.bandcamp.com

Dusty Boxcars Duo at Afterwood
There's a new date-night option for those who want to take a ramble up to the mountains, and it comes complete with a patio perfect for dinnertime tunes. Afterword is a new Heber City dining spot created by the folks at Tupelo on Main Street in Park City. The new restaurant brings the whole world over to Heber Valley, with an inspired and high-class menu that references cuisine traditions from pretty much everywhere. Pair that with the stylings of folks like the Dusty Boxcars Duo, who deal in all the best kinds of blues and Americana, and you've got a swanky yet low-key date night made in heaven. Made up of Kerry Strazdins and John Thomas Draper (though they sometimes play with backing artists on bass, mandoline, sax and drums), the Dusty Boxcars Duo reference classics from Lucinda Williams to Bob Dylan, and even country classics like Patsy Cline. Since 2012, they've been spreading their folksy style all around the Salt Lake valley and in the mountainlands of Park City. They'll grace the patio space at this exciting new addition to the Utah restaurant scene Saturday, Sept. 12, just in time for dinner between 6 p.m. and 9 p.m. Visit afterwordrestaurant.com for reservation info, and follow the Dusty Boxcars Duo at facebook.com/DustyBoxcars to see where the dusty winds will blow them next.