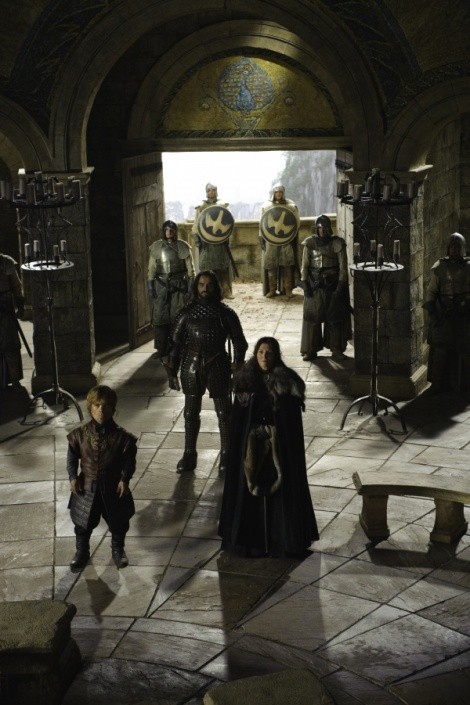 Series Debut: As Fantasy Geek Events go, HBO’s adaptation of Game of Thrones is probably more anticipated than The Hobbit, the final Harry Potter movie and the executions of anyone involved with Your Highness combined. Based on author George R.R. Martin’s epic A Song of Ice and Fire book series, Game of Thrones is a fantastical and grimly realistic medieval tale involving the classic elements of conquest, power and survival. What sets it apart is Martin’s willingness to go deep, and dark: multilayered storylines, incest, rape, casual murder, night-dwelling humanoids with a penchant for beheading—not the stuff of Burger King action toys. As expensive as it looks, Game of Thrones may not live up to Martin’s vividly painted world, but the lead performances are excellent. In particular, Peter Dinklage’s turn as younger dwarf brother Tyrion to royal (and, ahem, very close) siblings Cersei and Jaime Lannister is a show-stealer in a series with a whole lotta show. Be prepared to commit—Game of Thrones could last for years.

Series Debut:
Admittedly, Perfect Couples never quite clicked—but to be replaced with a show headlined by a hack who hasn’t had a regular TV gig since the ’90s? Dick move, NBC. The imaginatively titled Paul Reiser Show not only attempts the impossible task of sanitizing a Curb Your Enthusiasm-style show for non-HBO broadcast (Seen those edited Curb reruns in syndication? Not so funny) but also tries to make it … pleasant. Add some kiddies and puppets, and this could play on Nickelodeon. Even a pity appearance from Curb’s Larry David himself can’t help this limp suckfest from being an even bigger insult to the quality Thursday comedies around it than Outsourced. Aren’t there still some Perfect Couples episodes in the can, NBC? Queue ’em up.

Friday Night Lights
Friday, April 15 (NBC)
NBC Season Premiere: The final season of Friday Night Lights finished its premiere run on DirecTV in February, and the DVD set was released last week—anyone who really cares about this show has already seen the end, grieved and moved on. The Only TV Column That Matters™ is only mentioning it to avoid the wrath of City Weekly assistant editor Rachel Piper. Done.

Mob Wives
Sunday, April 17 (VH1)
Series Debut: Just when you think VH1 has scraped the bottom of the barrel, they burrow down under it and hit the septic tank: Mob Wives follows the stilted reality-TV “lives” of four cat-fighting Staten Island stereotypes, er, women, as they “struggle” to “pick up the pieces and carry on while their husbands or fathers do time for mob-related activities.” Great. So why are they on TV? “To finally set the record straight and show the world that, while their lives may seem crazy at first glance, they love, laugh and get their hearts broken just like everyone else.” That is, if everyone else stars in The Real Housewives of Jersey Shore. Another score, Vile Hubris 1.

Burn Notice: The Fall of Sam Axe
Sunday, April 17 (USA)
Movie: I love free-wheelin’, freer-drinkin’ Sam Axe (Bruce Campbell) as much as any Burn Notice fan—but can he carry a two-hour “origin” movie? Yes and no: The Fall of Sam Axe, directed by Burn Notice star Jeffrey Donovan, smartly goes the comic route in telling how Axe went from Navy Seal commander to mojito-swilling Miami beach bum circa 2005, prior to partnering up with Donovan’s burned-spy character. But since this is Bruce Campbell, it instantly feels like a Syfy B-movie, minus the cheap aliens and half-naked women warriors wielding broadswords. Speaking of which, isn’t it about time for you to make another Syfy B-movie with cheap aliens and half-naked women warriors wielding broadswords, Bruce?