Salt Lake Gaming Con brings gamers of all types together. 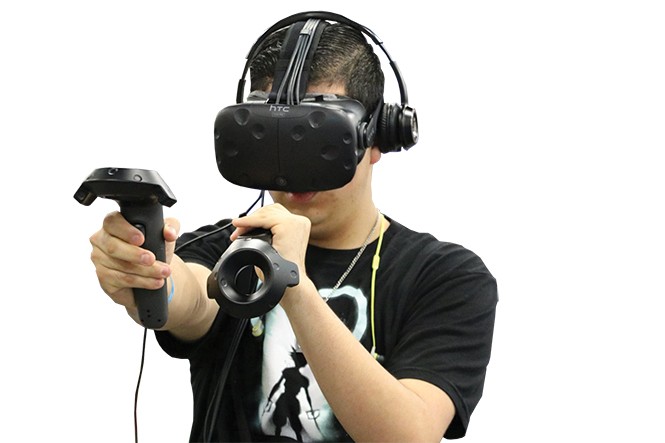 When you think of the word "gaming," there are a few different places your mind can take you—and they might not seem to belong in the same conversation. For some, they drift right to the world of digital: video games, computers or online roleplaying. Others think of the analog: board games, cards, war games or pen-and-paper roleplaying.

Since these two schools of gaming are so different, they each have unique needs and requirements—and, often a different following. In response, when Salt Lake Gaming Con makes its way to the South Towne Expo Center this weekend, the exhibit hall will be divided in thirds, with tabletop games on one end, video games on the other and a vendor floor acting as the "no man's land" between.

According to Jake Williams, one of the Gaming Con organizers, the division between these two types of gamers is more blurred than it might initially seem, and the convention represents that. "Most tabletop gamers play some type of video game, and most households have some type of gaming console in their home," Williams says, "but we want to provide more than that. We work with a lot of different communities to help have content for everyone."

In an effort to bridge the gap, Williams says that Salt Con (a local board game-focused convention) has provided a library of 700 of their board games for attendees to play for free. Additionally, Fantasy Flight Games, a top manufacturer of games—including the Star Wars board- and roleplaying games—is ready to run tabletop demos. On the other side of the exhibit hall, companies like PlayStation and Microsoft offer similar experiences for those wanting a taste of the digital side. Want to try something a bit more physically challenging? There's a life-sized Mario Kart track, as well as a giant Nerf gun battle, to simulate the thrill of first-person shooters.

Williams is no stranger to either style of gaming, and his interest in conventions stems from his status as a professional gamer. "As a kid, I grew up in the arcades playing Street Fighter and Mortal Kombat," he recalls. "However, a few years ago I won a HeroClix World Championship. I then became sponsored, and was able to travel the U.S. to see other gaming conventions."

HeroClix is sort of the tabletop equivalent of a fighting game like Street Fighter. Your favorite characters from comic books and other nerdy creations are represented by 3-D figures, and players have their heroic avatars battle each other, making use of the characters' unique abilities. If it sounds like something you'd be interested in, Salt Lake Gaming Con can hook you up. "While I love video games," Williams continues, "it isn't quite the same as sitting across the table from someone, trying to be a few moves ahead and out-think them."

Williams points to companies that have a presence at the show to help with that exposure. "Last year, [Fantasy Flight Games] had a lot of video gamers that came out and were able to try a game that a lot of them had never seen before. On the flip side," he adds, "Microsoft brought in quite the virtual reality set up. People who had never tried VR were able to try it for the first time."

Salt Lake Gaming Con is run by Salt Lake Comic Con, so in addition to live gaming, the program includes celebrity guests and panels that can help you improve your skills—ranging from tabletops to roleplaying. Whatever "gaming" means to you, you'll find it represented here—but don't miss your chance to discover that it can mean a different kind of gaming as well.