The Politician: In conversation with SLC metal giant Jon Parkin 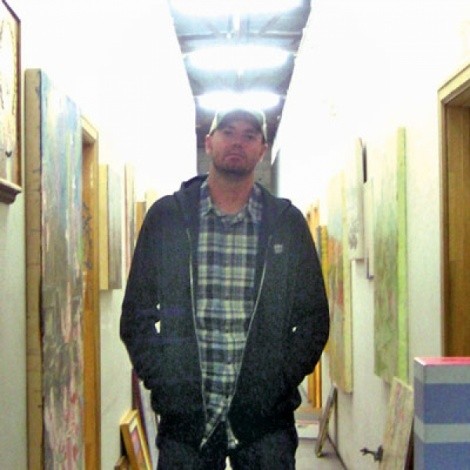 Jon Parkin is vocalist for Gaza and Bird Eater, both of which are on Black Market Activities, a label distributed by Metal Blade Records. Gaza has just completed their second LP for Black Market Activities, recording with Andy Patterson over the last four months. On March 31, 2009, Gaza played their first show as a four-piece. This conversation took place in the kitchen of Captain Captain studios on a rainy Wednesday evening:

City Weekly: Describe your role at a show.

JP: I am the politician. I am usually the guy that is shaking hands and saying, “Thanks for letting us play your club,” “We appreciate the help on the road,” that sort of thing. A lot of times, I get a strange reaction because when you are talking to kids, seeing a 6-foot-7 guy up on stage, yelling and screaming while there is all this music going on. Then you step off the stage and shake someone’s hand, and you say, “Thanks for coming”—they are kind of set back by that. They say, “Wow, you are so nice; we figured you drank goats’ blood.”

CW: Describe your place in the historical continuum of music. What are you doing?

JP: Refining ideas. Metal right now sucks, let’s just get that out of the way. It sucks really bad, and these are the T-shirts they sell at Hot Topic right now, it’s these guitar players doing the mad sweeps, super scales. That feels empty, like you are taking a guitar lesson and putting it into a metal song, and it is not very emotional.

CW: Hold on: Gaza is technical as shit. What is the line of differentiation?

JP: We’re not just soloing over everything. Like throwing silverware down the stairs, that is what it sounds like to me, those prove-it-core bands. That is what I hope comes across with us, not showing off a riff, but a sense of panic or terror or doom.

CW: Why did you record with Andy Patterson again?

JP: We could have recorded with anybody for this record. We could have gone with Kurt Belew, but we have such a good vibe with Andy, why fuck it up? Working with Andy, he is so generous and so willing to try whatever. We knew that we would get the record we wanted with Andy, and that has been the case.

CW: Why has the record taken so long?

JP: There wasn’t a lot of extracur ricular effort. A lot of time the guys were only writing at practice, we’d get together once or twice a week, bang our heads against the wall, and try to do something on the spot, and it just wasn’t working.

We toured for quite a while on the last record. We didn’t really start writing anything until a year and a half ago. Then Casey broke his hand, he punched a wall at a party three days before we were supposed to go into the studio. Vocally, I don’t really ever have a lot of stuff written down before I go in, so trying to create that live and spit words out without having a rewind and stop button, it is very difficult. I really don’t do any of the vocal stuff until we have all the tracks down.

But we are done with it now, and really on that cusp where we are like a parent wanting to show pictures of the kids—we can’t wait to just get it out there. It is a little more grumpy, not so spazzy; for lack of a better term, it is heavier. But, I think, with the guys as determined as they are after finishing this, we could write another record in six months, where this last one took three years.