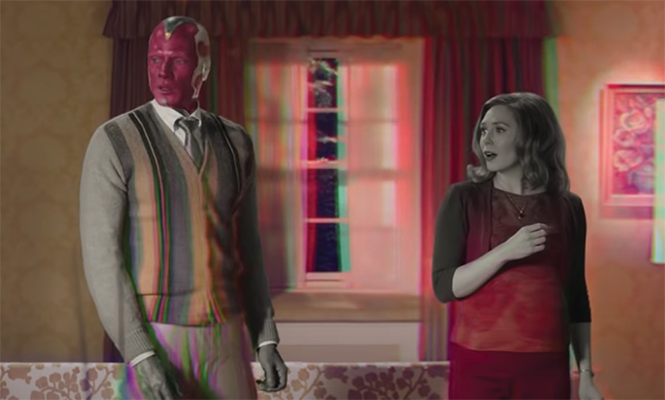 It's no news flash that 2020 has been, frankly, the worst. It's impacted all of us, though some more than others. We've been asked to endure a pandemic with no leadership or help from the highest levels of our government, and our state leaders work pretty hard to endanger us, too.

But there are things to look forward to! As the year clicks over to 2021 and the vaccine makes its way through the population, things will start to get back to normal-ish. Aside from that, we have all kinds of nerdy things to be excited about next year.

For one, we're getting all of the stuff that got delayed from 2020 because of the pandemic. That means we'll be able to see Black Widow, Dune and Ghostbusters: Afterlife. All three of those films (and many more) were delayed indefinitely because of COVID-19, and now they all have 2021 release dates.

But more than looking forward to those specific films, I'm looking forward to seeing them in an actual movie theater. I don't think there's been a week since 1996 that I haven't spent at least one movie's worth of time in a theater, and I haven't stepped foot in one since March. I'm going through serious withdrawals. I won't be able to go inside of one until I have the vaccine, but I can't even tell you how much of a religious experience getting back to the movies will be, regardless of what it is.

Another thing to look forward to is the amount of content coming to our small screens, especially if we're going to have to continue social distancing until we reach herd immunity with the vaccine. To kick off the year, Marvel starts with WandaVision on Disney+, a bizarre looking show starring the Scarlet Witch and Vision. Which is odd, because we watched Vision die. It looks like a cross between the House of M stories told in the Marvel comics and I Love Lucy, and I'm here for all of it. After that, we'll get Falcon and the Winter Soldier in March, then Loki in May. All of these shows bring back their Marvel Cinematic Universe cast members, and will tie into the greater universe in a way that the Netflix Marvel shows like Daredevil and Jessica Jones weren't really able to.

On the Star Wars front, they've got so much coming out on the small screen as well. We'll be getting a new animated series called Star Wars: The Bad Batch following a group of misfit clones in the early days of the Empire. We'll also get Star Wars: Visions, a series of animated shorts set in the Star Wars universe, all conceived and produced by different Japanese animation studios. And then there's Star Wars: The Book of Boba Fett to cap off the year, as teased in the season finale of The Mandalorian, continuing the mysterious bounty hunter's story.

There's more Star Wars than that to look forward to, as well. Star Wars: The High Republic will take readers of books and comics back 200 years in the timeline to an era when the Jedi were more plentiful and spiritual as they deal with a great catastrophe. I've read the first three books in the era, and every single one of them is a winner.

Some might be excited about Zack Snyder's Justice League director's cut on HBO Max, though I'm still scratching my head on that one. That seems more appropriate for 2020 where everything hurts.

More than all of the content I can consume, though, are the other things I'm looking forward to doing in 2021. I'm looking forward to having a simple game night with my friends. Playing board games or Dungeons and Dragons over Zoom doesn't quite have the same warmth that playing in person does. And after almost a whole year of responsible isolation, I can't wait to just ... see my friends and extended family again so we can play games.

I can't wait to go to a nerd convention. I'm not sure which will be the first I'll feel safe going to (it will definitely be post-vaccine), but when I go, it will be nothing short of glorious. There's magic in roaming a convention center or hotel complex with thousands of your fellow nerds—and I miss it.

There's no doubt that 2020 has been a long-term traumatic event for all of us. We didn't just live through a pandemic, we got hit with an earthquake, a summer of protests, and a windstorm that tore down so many of our favorite trees. It's been a lot. But 2021 promises light at the end of the 2020 tunnel that I'm looking forward to more than anything. Let's just hope that light isn't an oncoming train.