Get in the Game

Voting isn't all about winning, so just do it

If you could choose anyone to represent Utah in Congress, who would you pick?


Scott Renshaw: Jefferson Smith from Mr. Smith Goes to Washington. Because that filibuster speech should be taught in schools.


Bill Frost: The zombie-fied corpse of Ronald Reagan, just to finally shut up local Republicans who have such woodies for The Gipper.


Jeremiah Smith: I would have Alfred P. Doolittle represent us in congress. He has a real ear to the common dustmen and can get himself to the church on time.


Kolbie Stonehocker: Albus Dumbledore, provided he decided to get involved in Muggle politics. I think Congress could benefit from his cool head, wisdom, sense of humor, and acceptance of all blood statuses and societal underdogs.


Rachel Piper: Coach Eric Taylor from Friday Night Lights. Clear eyes, full heart, can't lose. Everyone in Washington would tremble before his stern Coach Taylor gaze and be won over by his righteous yet open-minded sense of morality. Second runner-up: Admiral Adama from Battlestar Galactica.


Colin Wolf: Why don't we just adopt all the cats from Kitty City, tape 'em together, put 'em in a suit and send them to Washington? 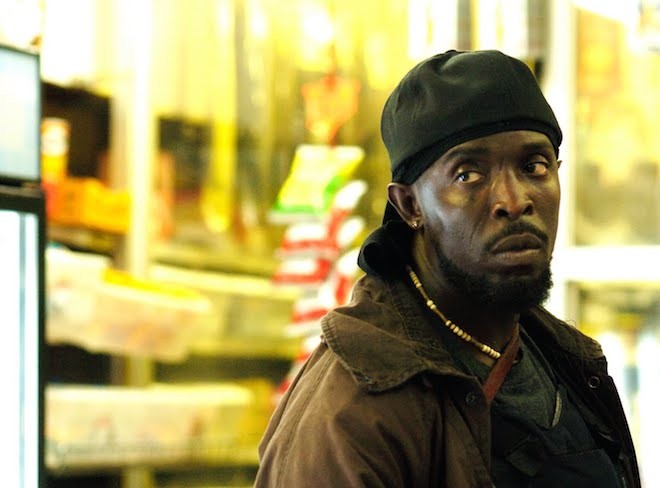 Some of the first political coverage I did for this august paper was conducting exit polls about the 2008 presidential election. I talked to people standing in line at a hot-dog cart, entering and exiting a liquor store, and at a strip club. I wish I could take credit for the idea, but it was something I had stolen and adapted from a Daily Show bit—the difference being that I correlated data from the locations so that our dear readers knew, for example, what percentage of the John McCain voters were getting turkey dogs (0 percent) or what percentage of the Obama-voting strip-club-goers preferred brunettes (80 percent).

I still remember one strip-club patron who responded with a fairly common refrain for liberal Salt Lakers: "I live in a red state, which means I am vote-free!"

His outlook was that he could see the giant GOP elephant in the room—and state politics—clearly, and had decided against playing a losing game.

And if voters see the ballot as a game to be played only if it can be won—a vote to be cast only if it will mean the election of their candidate—then why play at all if the odds are stacked against you?

The cynical answer is no, you can't win, so don't play. And that leads many to reserve their political energy for Facebook, campaigning with angry, keyboard-smashing, all-caps posts. At least there, all your friends—who, coincidentally, think the same as you—will agree and hit that "like" button, so, congratulations! You just won by a landslide in the great echo-chamber election.

But if one were to step back and consider voting as something that, even if not immediately impactful, can at least be educational and formative to a citizen's civic well-being, perhaps that would be the first small step toward wiping that look of fish-eyed apathy off your face.

I should slow my tirade a little bit here and admit that I am not a perfect voter. I have regretted some votes and missed a few elections. It is not a sin to not vote, after all, though in this writer's humble opinion, it is a mistake to not involve oneself in politics and current events.

And to kick this tirade back into gear, I will say that there is no merit in the attitude of being too cool to vote. But it's something one often sees thrown out there by activists who spit on the idea of voting because the system is too corrupt to indulge with a vote. For them, rallying and organizing for change is the only way to go.

It is certainly true that organizing for change—holding rallies and making noise for a cause—works a civic muscle that is often severely atrophied in most citizens. It is strenuous work, requiring a roaring fire-in-the-belly passion. But that doesn't excuse them from shitting all over the act of voting because it's not their preferred vehicle for change.

The social-justice activists out there are oftentimes light-years ahead when it comes to understanding the language of privilege. But how is it that the institution of voting—which is so vital to so many, which is at stake in battlegrounds where people are fighting against restrictive voter ID laws, and which people have died to protect and preserve—is something you look at with disdain? Something you write off just because there is no one on the ballot good enough or radical enough to mirror your exact beliefs?

A vote cast in Ferguson, Mo., might have higher stakes and a deeper impact than one cast in Salt Lake City, but what they have in common is the act itself. No matter the history of crooked politicians and broken systems, the vote unites us as Americans, from the middle to the margins. It's also what distinguishes us from nations where election results are heralded with blood in the streets instead of with consolation speeches and losing parties simply organizing for the next go-round.

And if your reason for not voting isn't smugness but a lack of understanding of the candidates and issues, don't be intimidated by the voting booth. If you're unprepared, visit Vote.Utah.gov and see exactly where to vote and who will be on your ballot. If you step into the booth unprepared, don't look at the ballot, full of unfamiliar names, as a civic test, but as a chance to learn the names of those who will represent you. They're names to look up later, to follow in the news, and to write and call to express your beliefs.

As for impact, a Salt Lake City Democrat might not sway the state in a presidential election, but there are still nonpartisan school-board races and competitive county races (especially in Salt Lake County), not to mention close legislative races—for example West Valley City's House District 30, where Republican Fred Cox lost by fewer than 400 votes in 2012.

When thinking about this piece, I weighed the idea of invoking the words of a founding father or Abraham Lincoln or somebody else dead and distinguished to support the vote and citizen engagement. Instead, I defer to the sage words of Omar Little, a fictional gangster from The Wire: "The game is out there, and it's play or get played."

Voting may not always be the strongest play, but at least it will get you in the game.