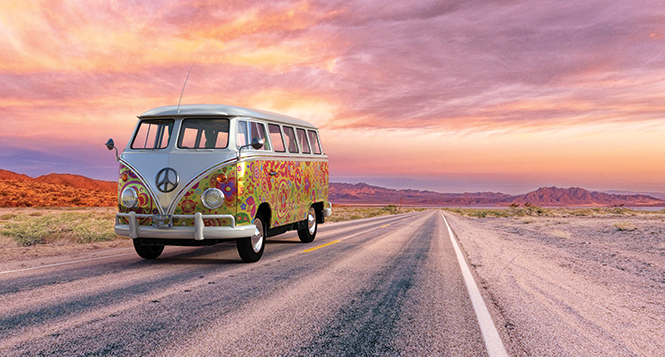 Remember the heady days of 2018? When 53 percent of Utah voters passed Proposition 2, allowing the use of medical cannabis by qualified Utah patients? Voters even "green-lit" the growing of up to six plants for certain patients' personal use.

But voters taking such matters into their own hands woke up a sleeping bear—meaning Utah's governor and Legislature then sprang into action approving their own medical cannabis bill that circumvented Prop 2.

And now, after years of advocacy, grueling work to put a referendum to the voters, opposition from conservative and religious leaders, and plenty of growing pains, Utah finally has a medical cannabis program. With more than 23,000 card-holding patients who have purchased nearly $30 million in cannabis products, the program has already established itself in its first year and will only continue to grow.

A year in, City Weekly takes a step back to look at where the program is, how it got here and where it's going.

How We Got Here
Utah's slow embrace of medical weed

November 2018
Utah voters pass Proposition 2, which provides for the creation of a robust medical cannabis program, including popular provisions such as the ability for patients in rural parts of the state to grow their own medicine, a right afforded in many other states. It is placed on the ballot by activists after several false starts in the Legislature to launch a program, but even before its passage, it is usurped by a far more restrictive compromise bill that is negotiated between then-Gov. Gary Herbert, legislative leaders who are no longer in power, The Church of Jesus Christ of Latter-day Saints, and some—but not all—of the patient advocates behind Proposition 2.

December 2018
The main advocacy groups excluded from the negotiations— Together for Responsible Use and Cannabis Education (TRUCE) and the Epilepsy Association of Utah—file a lawsuit against the state seeking to overturn the compromise bill in state court, claiming that various provisions are illegal, like one that would have had the state act as a "central fill pharmacy," directly distributing cannabis to patients. They also claim there is "unconstitutional domination of the State, and interference with the State's functions, by The Church of Jesus Christ of Latter-day Saints."

June 2019
The lawsuit gets caught up in a jurisdictional fight over whether the case belongs in federal or state court. Rocky Anderson, the former Salt Lake City mayor serving as the plaintiffs' main attorney, later tells City Weekly he thinks of this squabble as an intentional move by the Utah Attorney General's Office, which represents the state in the lawsuit, to draw out the length of the lawsuit and waste the plaintiffs' money. It works. The parties will spend a year arguing which court should hear the merits of the case, without a court ever actually hearing the merits of the case.

The state attorney general's office argues in court that since the lawsuit claims the "central fill pharmacy" would violate federal law, it should be moved up to federal court. Promptly after the case is moved, the AG's office makes a motion to dismiss the case entirely, taking the position that the plaintiffs don't have legal standing to bring the case in federal court.

July 2019
The patient advocates suing the state enlist the help of Davis County Attorney Troy Rawlings and Salt Lake County District Attorney Sim Gill to make the case to the Legislature that county health workers would be required to distribute a federally illegal substance. In response, lawmakers pass a bill doing away with the "central fill pharmacy" provision.

Meanwhile, after issuing requests for proposals for lucrative cultivation businesses earlier in the year, the Utah Department of Agriculture and Food announces that it's issuing just eight of the 10 cultivation licenses it's authorized to distribute by the Legislature. This decision—as well as the list of approved companies—leads to six of the rejected cultivators filing appeals. They argue that last-minute changes around local ownership requirements provided out-of-state companies a leg up. Half of the awarded licenses went to companies not based in Utah. All six appeals are rejected by the state purchasing director.

August-September 2019
Three companies go on to appeal again, this time to the state Procurement Policy Board. The board finds that UDAF should have awarded all 10 licenses. Days later, however, the Legislature quietly passes a bill changing the language calling for UDAF to issue 10 licenses to "at least five but not more than eight."

October 2019
The federal judge in the December 2018 TRUCE lawsuit against the state decides that the case should, in fact, be heard back in state court, and calls the AG's office's tactics "questionable." He still declines to issue attorneys' fees to Anderson's firm for the time spent arguing over the question, writing that the plaintiffs also "present contrary positions."

Despite Anderson feeling he has a strong, novel argument over whether the Legislature has the authority to directly undermine a voter-passed ballot initiative, the advocacy groups eventually voluntarily withdraw the suit after being unable to find financial backing, even at reduced attorneys' costs. Still, Anderson and TRUCE President Christine Stenquist claim partial victory today, citing the July 2019 bill removing the "central fill pharmacy" provision.

Meanwhile, the Utah Department of Health issues an RFP for the program's pharmacy licenses.

January 2020
The state's health department announces the recipients of all 14 pharmacy licenses it is authorized to issue. They include Curaleaf, one of the largest multi-state operators, and a few other national brands. Four of the 10 companies awarded licenses have local ownership. 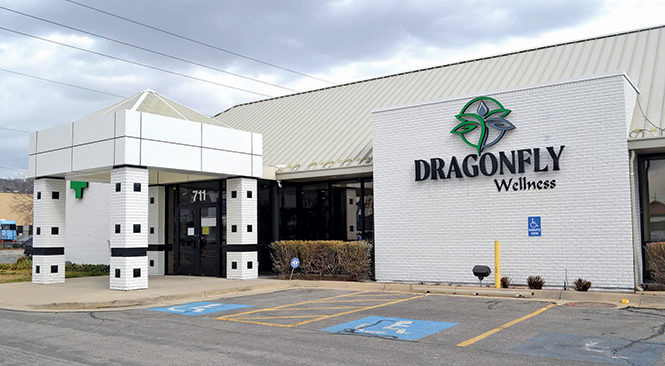 March 2020
Dragonfly Wellness, in Salt Lake City, becomes the first pharmacy to open its doors to patients. Despite long lines, just a handful of patients are able to actually purchase any products due to confusion about the steps required to purchase cannabis through the system. Other early issues, such as glitches with the state's software—and the early days of the pandemic—contribute to a slow rollout of the program.

April 2020
JLPR, a would-be cultivator rejected by UDAF and the Procurement Policy Board back in July 2019, presses on to the Utah Appellate Court. It argues in a still-pending case that licensee Standard Wellness, another one of the largest multi-state operators in the legal cannabis industry, improperly influenced UDAF by hiring one of UDAF's top officials, whom it believes worked for both the state and the company. The official, now an industry consultant, denies the allegations in an interview with City Weekly.

September 2020
State officials announce that the program has hit 10,000 patients within its first six months—a number they weren't expected to get to until the first year.

Additionally, some score changes made after voting brought scores in line with those made by political officials, including current UDAF Deputy Commissioner Kelly Pehrson, who were committee members. These changes favored two cultivators who allegedly would not have otherwise received a license. One is identified as True North of Utah, which sparks further controversy, as then-Commissioner Kerry Gibson made an improper site visit during the application process to a farm owned by True North. The farm owner would later make the maximum allowable contribution to Gibson's failed congressional campaign, according to FEC data.

The other cultivator has still not been identified.

In response to the audit, UDAF says that the cultivation licenses will undergo review in a December license renewal meeting and claims that a third party has been asked to review its "processes for potential irregularities."

December 2020
However, at the license renewal meeting, the Cannabis Establishment Licensing Board tasked with hearing the cultivators' renewal applications completely ignores the audit. Instead, the members—including Pehrson, the official involved in the allegedly tainted scoring process—focuses only on how much product the cultivators had grown in the past year. It unanimously approves all eight renewal applications in a brief meeting.

In response to a public records request, UDAF says that there is no agreement with any third party to conduct that review of its "processes," like it previously claimed.

The Salt Lake Tribune also reports that just half of the eight cultivators account for the vast majority of cannabis sold in the state, with some cultivators many hundreds of pounds behind what they said they'd produce per year.

March 2021
The Legislature passes and Gov. Spencer Cox signs a handful of modest reforms, including allowing essentially all medical professionals in the state to recommend a limited number of patients receive medical cards.

Another bill passes requiring all of the unopened pharmacies to open their doors by June 1 (or else lose their license), as well as directing the state to issue a 15th pharmacy license to a company that will open somewhere in rural Utah.

None of the bills directly affect the prices paid by patients for medical consultations or the product itself. Stenquist of TRUCE identifies the current high prices as the No. 1 patient access issue.

Today
There is a small window of opportunity for more engagement from the public: UDAF is currently accepting applications for its six-member Cannabis Production Establishment Licensing Advisory Board, created in this year's legislative session to replace the Cannabis Establishment Licensing Board. It calls for one member of the public, who will be appointed by Gov. Cox and UDAF's new commissioner, Craig Buttars.

Advocates continue to hope for improvements to the program and beyond: The Tribune reports that a group called the Cannabis Freedom Alliance is targeting conservative lawmakers for pro-recreational legalization arguments, including Utah Sen. Mike Lee. Or perhaps legislators will be more convinced by the business-friendly argument that the state is likely losing millions of tax dollars to the recreational markets now open in Colorado, Nevada and Arizona.

Cannabis is in Utah to stay. It's up to legislators how much they want to listen to their constituents—not to mention patient advocates—who say they want more access to it.

Next week: The 411 on how to qualify for and get your hands on Utah's once-forbidden medicine. 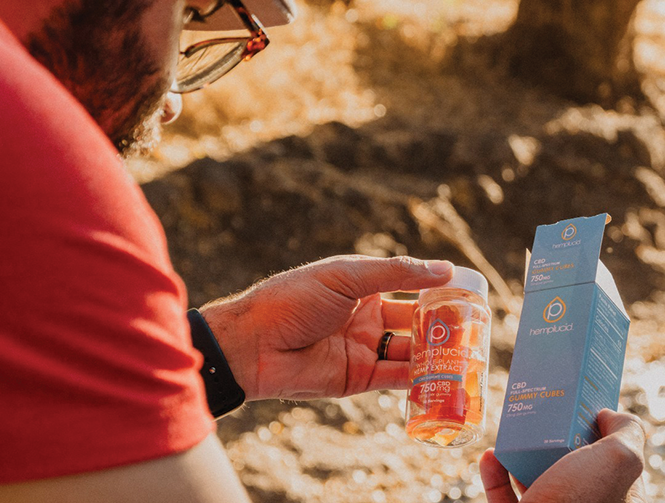 The ABCs of Utah CBD
CBD, one of the components of cannabis that can be extracted for its own use, was effectively legalized in the 2018 Farm Bill passed by Congress. The bill broadly expanded hemp cultivation, as long as the finished product has negligible traces of THC—meaning it can't get you high. (Previously, the 2014 Farm Bill had opened up hemp cultivation, but only for research purposes.)

As such, as you may have noticed, CBD products can be purchased anywhere from specialty shops to grocery stores to cafés to pet stores.

In Utah, like medical cannabis growers, hemp cultivation is overseen by the Utah Department of Agriculture and Food. UDAF's license lookup portal shows there are 82 active hemp grower licensees, 77 processor licensees (those that extract CBD oil from the raw hemp flower) and more than 1,100 licensed hemp retailers throughout the state. There are some estimates that the national CBD market could grow to $20 billion by 2024.

While some Utahns are aware of FDA-approved medicines that are made using CBD (such as the epilepsy treatment Epidiolex), most residents are noticing CBD products showing up on the shelves as a supplement that can be added to anything from a latté to a salad dressing to dog treats—or used in oil form that can be vaped or taken orally as a tincture.

Advocates say that it can be used for ailments including anxiety, sleeplessness, moodiness, digestion issues, pain and depression. Other hemp compounds like CBG and CBN are gaining popularity and being studied more as hemp acceptance grows more widespread.

To search for the products that will work best for you, visit specialty CBD shop Koodegras (voted as the 2019 Best CBD Shop, with locations in Millcreek, Sandy, and Midvale) or Urban Hemp and Cannabis in Trolley Square.

Sam Stecklow is a journalist and editor based in Salt Lake City.