Ghosts of Olympics Past

Stars of Salt Lake City's 2002 Winter Games: Where are they now? 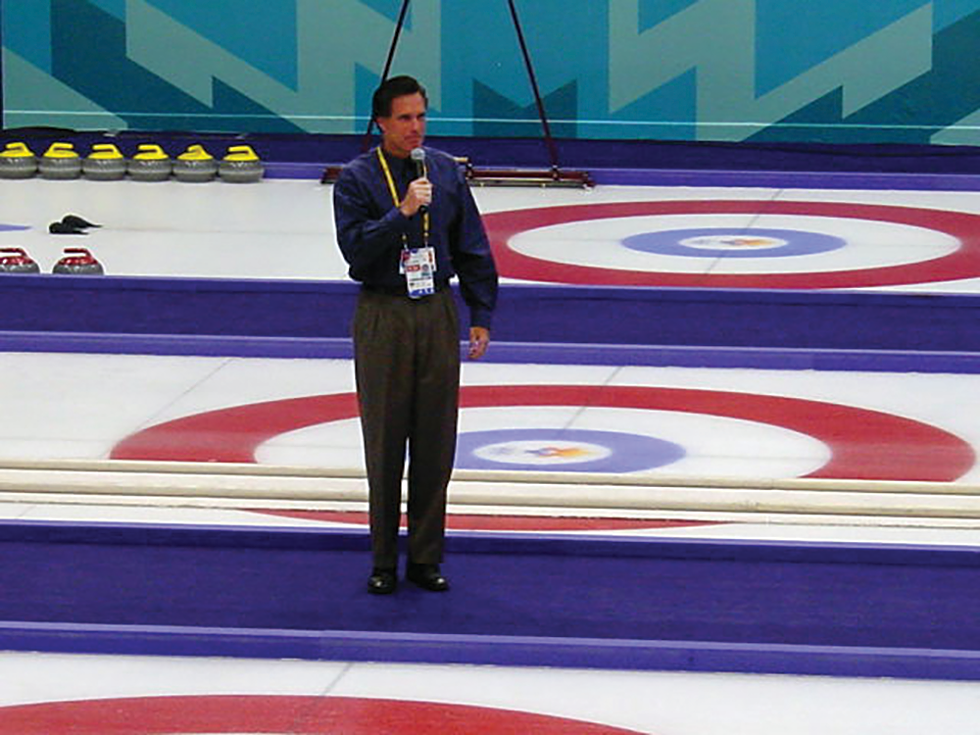 It's the doldrums of winter here in Salt Lake City. We all know it stinks—the inversion, dirty snow, the questionable driving and the impending doom this year's legislative session might usher in. Will lawmakers figure out medical cannabis or be too busy acting like they're the ones who are high? Is the air actually cleaner today than 17 years ago, as one state GOP rep says? We digress. There was one winter, however, when February was the most exciting time in the city. The year was 2002, and all eyes were on SLC.

If you've had your head buried in snow, you might not have heard Salt Lake City will be the U.S. Olympic Committee's bid site for a future Winter Games—again. The city beat out its mile-high neighbors to the east and Reno-Tahoe Californians and Nevadans to the west.

Utah's Lt. Gov. Spencer Cox even got in on the fun. "Suck it, Denver," he tweeted after repeating the "Don't say it" phrase multiple times to mimic the viral tweet. "Really just kidding, Denver ... you guys are great!" he later clarified. But we know how he feels.

So let's bask in those bragging rights, take a victory lap, do a little jig in hopes the city is the chosen one once more and take a trip down memory lane. Here are a few things, people and places that turned the town into a winter sports mecca nearly two decades ago.


The Hoberman Arch
Bring back the arch! The iconic metal structure that was used as the backdrop for 2002's medal ceremonies is wasting away in a storage facility somewhere in the city. Following the games, the arch was moved from downtown to Rice-Eccles Stadium near the Olympic Cauldron. It was unceremoniously disassembled in 2014 in favor of stadium expansions and now collects dust. At least there are plenty other arches around the state to check out. Right?

Olympic Cauldron
Unlike the arch, the Olympic cauldron is still displayed at Rice-Eccles Stadium. Following the games, it was lit once again in 2006 for the Winter Olympics in Turin, Italy. However, because of old parts and lack of maintenance, the torch no longer works. Sigh.

Olympic Oval
The Olympic Oval in Kearns is fast. Well, the people who skate on it are. The facility was built specifically for the games and is the highest in the world at 4,675 feet above sea level. As a result, a number of records have been set at the oval thanks to less air resistance and oxygen frozen in the ice.

Olympic Park
Located in Park City, the Olympic Park was the site of 2002's ski jumping and sliding events and still operates today unlike similar now-abandoned venues across the world. One gold star for us.

Ice Sheet at Ogden
The ice sheet hosted the games' curling competition and has since held World Curling Federation-sanctioned events, because curling is awesome, duh. Today, it offers skating, hockey, curling and figure-skating options for the public as well as hosting the Ogden Mustangs, a junior ice hockey team.

E-Center
Don't you dare call it the E-Center. It's the Maverik Center these days. Corporate advertising rashes aside, the West Valley City arena was home to the hockey events during the 2002 games. Unfortunately, it didn't result in gold for the U.S. The men's and women's teams lost to Canada in each gold-medal game.

Countdown Clock
You can still see the Olympic Countdown clock in downtown Salt Lake. The clock, shaped like an arrowhead, is located at the Arena Trax station south of the Triad Center. It's not counting down the days until the Olympics anymore, or will it once again?

Olympic Village
The Olympic Village was located at the U next to Fort Douglas and it's still there today, though the buildings are used for other purposes. Now, sometimes described as a promiscuous village at each Olympic Games (these people are really in shape!), one can only imagine what some of Utah's conservative brethren would make of these world-class sex-havers invading the city. Then again, look at all the kids at a nearby ward and what group really is the most promiscuous?

UTA Trax
Ahhh, Trax—the city's light rail system. Some might say it brought Salt Lake City into a new and much-needed public transportation era. It was, of course, built with the Olympics in mind and since then, has expanded across the valley. Who knows what UTA might have in store should the city host the games again.

Alcohol laws
Utah has its strict laws for liquor. We don't need to belabor that point. But they used to be much more stringent—despite whatever .05 news you're reading these days. For example, to drink at a bar, customers once had to buy "memberships"—kind of like a cover charge. Now, that's a relic of a darker past.

Sarah Hughes
Figure skater Sarah Hughes was another bright spot for U.S. Olympians in 2002. The New York native won gold in the singles competition in Salt Lake. She also still makes appearances at the games. During the 2018 events in Pyeongchang, she traveled there as part of the U.S. presidential delegation.

Apolo Anton Ohno
Still getting those checks from big-time Olympic advertisers, Apolo Anton Ohno reemerges about every two years when there's more Olympic programming to be had. The athlete sped onto the global speed-skating scene in 2002 at the Olympic Oval in Kearns and won the first of his two gold medals in Olympic competition in Salt Lake.

Mitt Romney
Ho hum, we've heard his name hundreds of times the past year. The former CEO of the Salt Lake Olympic Committee is now one of our two U.S. senators and will surely remind people of how he rescued the scandal-ridden 2002 games should Salt Lake be chosen as the next host city.

George W. Bush
Bush became the first sitting president to open the Olympic games on U.S. soil. Today, many would probably welcome him back with open arms because who knows what the current commander-in-chief might do instead.


A version of this article appeared in our 2018 City Guide. Watch out for our biggest City Guide yet coming this spring.