Nifty gifts for the nerd in your life 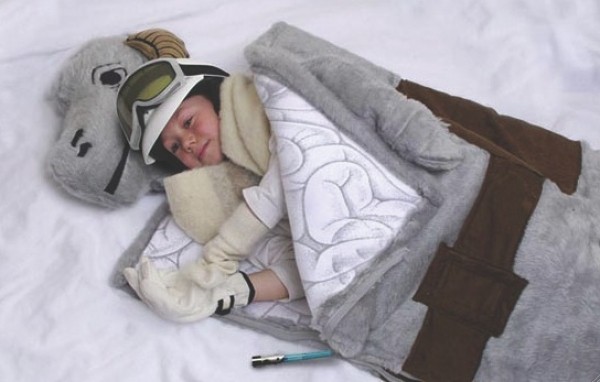 If you’re not a geek, chances are you know one—they’re ubiquitous these days. And if you know one, chances are good there’s one you’re going to have to shop for during the holiday season. There are a lot of ways to go about getting these beloved geeks a gift, but with my help, I think you’ll be raising your chances exponentially of getting them something they’ll like.

The first thing you should consider is going to your closest locally owned comic-book store. There, you’re going to find a staff person willing to make suggestions based on what lurid details you give them about the loved ones for whom you’re buying gifts. If they like Batman, the staffer will most likely hand you the latest collection of Scott Snyder’s run on the title, and maybe a copy of The Killing Joke and A Death in the Family. If it’s Iron Man you’re after, chances are good they’ll hand you some of Matt Fraction’s run with the character and a classic like, say, Demon in a Bottle.

If comic books aren’t something you think your adorable little geek person is going to prefer, you’re not out of options. The next stop you can make is your closest gaming and hobby store, like Game Night Games or Hastur Games & Comics. There, you’ll be able to pick up things like the new Star Trek Catan game. Settlers of Catan is one of the most critically acclaimed games ever, and there’s a reason for it. The Star Trek version trades roads for starships and bandits for Klingons, and a good time will be had by all involved. You could also end up walking out with something like Descent, or a pen-and-paper role-playing game like Pathfinder that will make the holiday one of the most fun and memorable you’ve ever had.

If leaving the house and supporting local businesses isn’t your cup of tea, there are plenty of other options that will still support very cool people at home and abroad. For the Star Wars fan in your life, you could pick up autographed swag from Rancho Obi-Wan (RanchoObiWan.org/store.php), the world’s largest nonprofit Star Wars memorabilia museum. There are also online stores full of merchandise and prints that geeks would love from local nerds like Dave “Geekleetist” Styer, Blain “Hefnatron” Hefner and Kat “Creepy Art” Martin. Hell, you can even pick up my books signed and on sale online.

If even that isn’t your speed, and you’d prefer something decidedly more corporate, you can always give websites like ThinkGeek.com a try. They have curated the most bizarre assortment of fine (and often practical) geek gifts the imagination can conjure. A tauntaun sleeping bag? A wampa arm ice scraper? A starship Enterprise pizza cutter? Doctor Who scarves? Minecraft pickaxe bottle openers? They have it all. They even have a life-size Game of Thrones throne. It’ll set you back $30,000, but they have it for sale nonetheless.

For the video-game fan, if you really love her or him, have the money and can actually find one, you could always snag one of the brand-new WiiUs. They’re going to be much in demand, and they’re fun for an entire gaggle of geeks. (We do come in gaggles, right?)

The point is this: There are a thousand things you can get your favorite geek, and we’ve only barely scratched the surface here. We didn’t even talk about books or movies, or pre-ordered tickets for The Hobbit or Django Unchained for them to pull out of their stocking.

If, after all this, you’re still stumped, don’t hesitate to ask an expert like me. We’re everywhere. Also, you have my e-mail address.