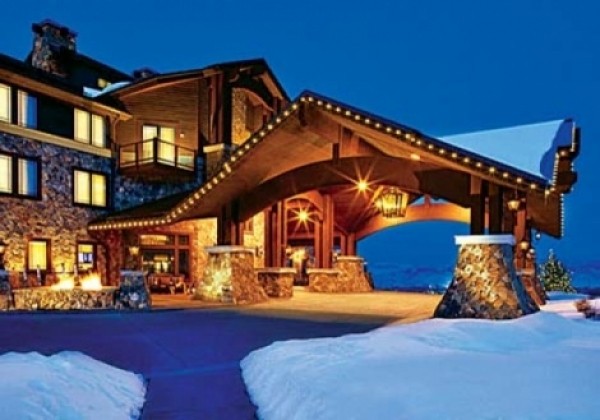 Gingerbread Houses & More @ Slopes
There is much afoot at the Waldorf Astoria Park City (2100 Frostwood Drive) for this ski season, including a build-your-own-gingerbread-house event for kids Dec. 22-23, from 4 to 5:30 p.m. For $25, kids of all ages can learn to build and accessorize their very own gingerbread house, with an array of candies and icings, assisted by the Slopes restaurant culinary team. Call 435-647-5566 to reserve your child’s spot.

New additions to the Waldorf also include the debut of Powder Ice Lounge, featuring a 14-foot bar made of carved ice with ice furniture where guests (starting at $45 per person) will don cozy fur blankets while sipping Champagne by the bottle, glass or flight, with passed hors d’oeuvres and live entertainment. Sounds decadent. Powder restaurant is also the Waldorf’s new spot for casual dining and drinks—a good place to meet up for aprÃ¨s ski, breakfast, lunch or a relaxed dinner. The buffalo chili and awesome bison pastrami melt are just a couple of flavorful enticements. To learn about the other new Waldorf attractions, visit ParkCityWaldorfAstoria.com.