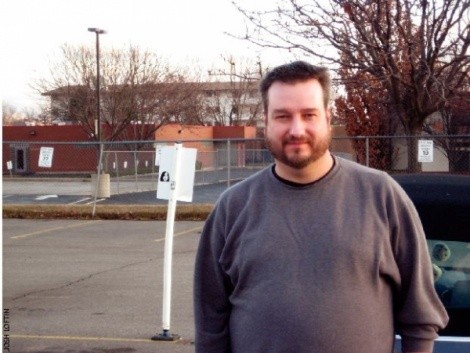 Glenden Brown is a regular contributor to the OneUtah.org blog where, for more than two years, he has written about state and national politics on a state and national level. For almost a decade, he has worked with the Coalition of Religious Communities as a citizen lobbyist at the Utah Legislature, focusing on social justice issues. He is also a trained sex educator for the Universal Church of Christ’s “Our Whole Lives” program, where he teaches adolescents the facts of life and parents how to discuss sex with their children.

What’s your take on the recently completed legislative session?
This session was less ugly that I expected. In most sessions, when money is tight, there is a lot of bashing of gays and lesbians. But this year, that energy was directed at sending a message on states’ rights.

Because of that potentially negative energy toward gays and lesbians, was the moratorium on legislation dealing with gay rights the right move?
I get that argument, and there’s sound reasoning behind it. But the moratorium could end up being a mistake in the future. I spent years working for hate-crime legislation, and anytime there was a compromise, the year after was just as ugly, if not uglier, than before.

What’s the worst bill that passed this session?
[Rep. Carl] Wimmer’s bill that could make miscarriages a crime. If you’re going to hate on women and slut-shame [tell a woman her problems are due to, or proof of, her sluttiness], that’s the bill you’re going to hold up.

What’s the most important bill that didn’t pass?
The sex-education bill [it failed to pass the Senate Education Committee after committee members refused to even debate it]. That bill was not a very good bill, but it was much better than what we currently have for sex education. The way the Senate committee handled it was shameful, and none of those senators should be re-elected.

Why do you teach Sex Ed in your church?
It has everything to do with the lack of sex education in the schools. It doesn’t meet the needs of adolescents. We can reach the youth in our church, and we also teach the parents how to talk about sex with their children. However, most of our kids are from households that already have those values. But they are the minority. Most parents don’t feel comfortable talking to their kids about sex, so it’s not being done in the home. And the ones who need it the most are the least likely to get it in their home.