If the state's $300 million Fund of Funds program doesn't pay out, taxpayer dollars will cover the losses 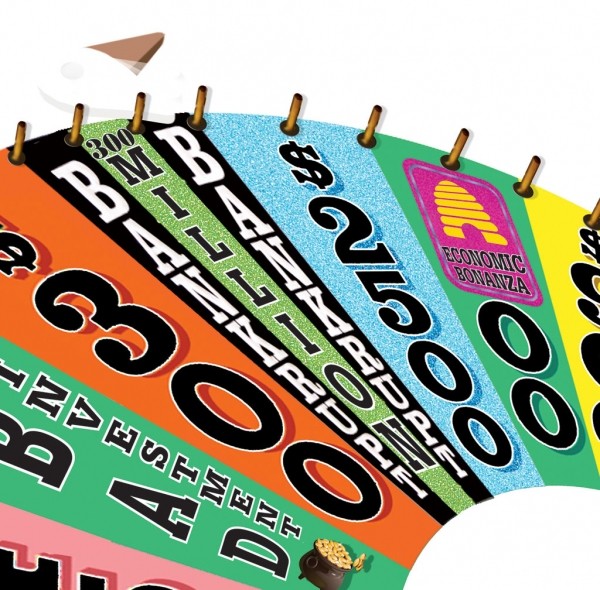 Imagine that you’ve just been approved for a huge loan. You take the cash from a bank, step into the lobby of a casino and hand out $100 bills to a handpicked team of gamblers—good gamblers: tight-playing poker players and Blackjack experts. As your rounders hit the tables, the deal is simple: If they win more than they lose, everyone can keep playing. But if the winnings don’t cover the bank loan, you’ll make up the difference by breaking open your kid’s college-fund piggy bank.

That’s what critics say is the idea behind the Utah Fund of Funds, a big-bucks investment program that you might not even know about, despite the fact that it’s using your taxes as a safety net.

The Fund of Funds is a public-private venture-capital partnership backed by $300 million in “contingent” taxpayer dollars that, if necessary, will kick in to pay off major loans from big banks. If everything goes well, that loan money stays in the private sector, paying for itself and fueling the roaring Utah economic engine. But if things go bad, the investments that crap out will be paid off by Utah residents’ tax dollars—more specifically, funds from the Legislature that would otherwise go to public and higher education in Utah.

When the program was launched by the 2003 Legislature as the Utah Capital Venture Enhancement Act, supporters predicted that it would see 5 percent to 6 percent returns annually and suggested that taxpayer dollars might never be needed to cover shortfalls in the program.

Now, managers of the Utah Fund of Funds say that taxpayer dollars likely will have to kick in to pay off bad investments. But, they say, it won’t be for a few years, and Utah has already realized far greater perks in the economic benefits that come from pumping capital investments into private firms. Since the Utah Fund of Funds was implemented in 2006, the program has funded 67 Utah companies, and managers tout the creation of 3,500 direct and indirect jobs and the collection of an estimated $35 million in tax revenue.

But the performance of the fund itself is shrouded in secrecy. While a government board oversees the fund, its meetings aren’t advertised on the FOF’s website. FOF administrators also collect salaries, but the specific information isn’t spelled out in reports to the Legislature. Since 2011, the fund has been in a lawsuit with the State Auditor’s Office over the release of information about the fund. The lack of transparency means the public is in the dark about the fund’s operations or possible conflicts of interest among those who run the fund.

Although many Utahns might be blissfully unaware of the fund’s existence, they could learn about it the hard way in the coming years. According to the FOF’s most recently available report, for 2011, the Legislature will have to start drawing out millions of dollars every year by 2017 in order to pay off $19 million in bad investments by 2021.

According to many critics, like Derek Monson, public-policy director of conservative think tank The Sutherland Institute, public money should not subsidize risky private-sector investments.

“Is the purpose of taxpayer dollars to eliminate the risk of high-risk investments?” Monson asks. “I thought it was for public education and roads, but I guess not.”

Supporters point out that Utah is a state that supports business and the free market and that, like tax benefits offered to companies that relocate to Utah, there’s a place for the government to “prime the pump” for venture capital to rain money on local startups that can bring jobs and tax revenues back to the state.

By its nature, a public-private partnership both invites and rejects scrutiny. On one hand, public money needs to be accounted for, but on the other, activities of private businesses are often hidden from view, with confidentiality required to successfully conduct business.

But Monson says secrecy about the performance of the investments doesn’t make sense when it’s taxpayer money on the line.

“If you want [secrecy], then don’t be asking for tax dollars to pay for your screw-ups,” Monson says.

Dolla Dolla Bill Y’All
In 2003, some forward-thinking entrepreneurs realized the potential for Utah to have its own Silicon Valley—or Silicon Slopes, as the Utah equivalent may be. With the help of some movers and shakers in the technology and biotech industries, a lobby group called the Utah Information Technology Association got the Legislature to push $100 million, secured through a bank loan, toward a professionally managed Fund of Funds program that would invest in experienced venture-capital funds that would then invest in Utah companies, bringing jobs and revenue to the state.

Venture capitalists invest in risky early-stage companies—basically, investing in the potential that the entrepreneurs of that company have what it takes to make the investment pay off, be they developing life-saving medical devices or software and tech innovations.

In a February 2003 Deseret News editorial by David Politis, a spokesman for the lobby group pushing the bill, he pitched the program as one that would be self-sustaining and might not even require taxpayer dollars to bail out poor returns.

He wrote that national venture-capital associations reported returns as high as 16 percent annually, but that a Utah FOF program could count on at least 5 percent to 6 percent annual returns on investments, which would keep the program humming without ever involving the taxpayer.

The bill passed, and by 2006, the FOF had invested the full $100 million approved by the 2003 Legislature. That funding was loaned by Deutsche Bank, now a syndicate of Zions Bank. J.P. Morgan has taken over those debts.

Financially speaking, 2006 was an optimistic time to be in the investing business. The housing bubble wasn’t quite at its dizzying zenith, and investors were too busy enjoying the roller-coaster ride of seemingly nonstop money to realize that the whole economy was about to come off its wheels.

The fund saw “great successes,” the FOF’s former director, Jeremy Neilson, is quoted as saying in a 2007 Deseret News article, and in 2008, the Legislature approved another $200 million to be loaned to the FOF, also to be backed by future taxpayer dollars otherwise designated for education spending.

But when the market crashed, it threw everyone to the ground, from schoolteachers watching their pensions disappear to state governments having to slash spending programs to venture capitalists seeing their returns shrink.

As of 2013, the FOF has invested $121 million of the $300 million for which it’s authorized. And lawmakers are starting to question the political investment they made back when the economy had everyone convinced the paydays would never end.

Secret Adventures With Your Money
John Dougall was elected as state auditor in 2012 and entered the office in 2013. He hasn’t changed much in the office except to hire more auditors and to give up the old auditor’s window office—he now uses a windowless boardroom for his number-crunching.

Dougall did inherit something from his predecessor—a 2011 lawsuit filed by the FOF against the office under the administration of former state auditor Auston Johnson.

At the time, Johnson’s auditors had been posting financial information for the fund on the auditor’s website, including a one-page schedule of investments. Tim Bridgewater, CEO of the Fund of Funds, says that information had been considered confidential as part of the FOF’s agreement with the venture-capital firms, whose private businesses could suffer if information about investment performance is made public.

“According to statute, they don’t have to distinguish, on a fund-by-fund basis, performance information,” Dougall says. “My question has been, ‘What problem do you have with the rest of the information?’ ”

When Bridgewater was asked about this point, he said that the FOF had agreed that information such as management expenses and the auditor’s notes and recommendations could be published. Still, the fund does not disclose that information on its website. Bridgewater considers the action a “friendly” lawsuit and says an agreement has been reached though a settlement has not yet been finalized.

For critics like Monson at the Sutherland Institute, the FOF’s strange makeup leads to an inevitable lack of transparency. With taxpayer money on the line, it would make sense for taxpayers to know if the funds aren’t performing. But since they can’t know that unless things have gotten to the point that taxpayer credits have to be cashed in, it leaves the FOF’s investing arm, the Utah Capital Investment Corporation, acting without accountability.

Bridgewater and FOF Vice President Matthew Peterson argue, however, that the Utah Capital Investment Board does serve as the state’s monitor, since it’s backed with officials like the state treasurer and Spencer Eccles, executive director of the Governor’s Office of Economic Development.

Eccles says the board is serious about ensuring that the FOF’s investments can provide a fiscal return and a benefit to Utah entrepreneurs.

“The Utah Capital Investment Board members have worked diligently to ensure investments are made in a prudent manner,” Eccles says, “and also in a manner so that they could drive not just investment capital into the state, but also human capital, capable of mentoring companies and networking people and entities.”

The UCIB board does receive information from the UCIC, but their meetings aren’t easy to find. The FOF website lists no calendar of when or where they are held, and lists no information about past meeting minutes or agendas.

If one could find a meeting, they might be able to pick up some information about individual companies that have received FOF funding. Otherwise, companies that received funding aren’t publicly disclosed.

By searching financial newswires, City Weekly learned that in two rounds of funding—one in 2009 and another in 2011—FOF members Mercato Partners and the University Venture Fund invested in Control 4 Corporation, a Utah-based company that sells home-automation systems.

The company’s CEO is Will West, chairman of the Utah Capital Investment Corporation, which doles out funding to FOF-approved venture-capital firms—including the ones that also invested millions in his company.

When City Weekly asked West for comment, an attorney for Control 4 responded that the company is in the process of going public and therefore West is prohibited by federal law from commenting on past investments.

Such conflicts aren’t illegal or even uncommon in the private sector, but there, investors would be tapped in and would be able to vet such a conflict right as it happens. With the FOF, the public isn’t the investor—unless, that is, the funds can’t cover the loan, at which point taxpayer money acts as insurance against poor performance.