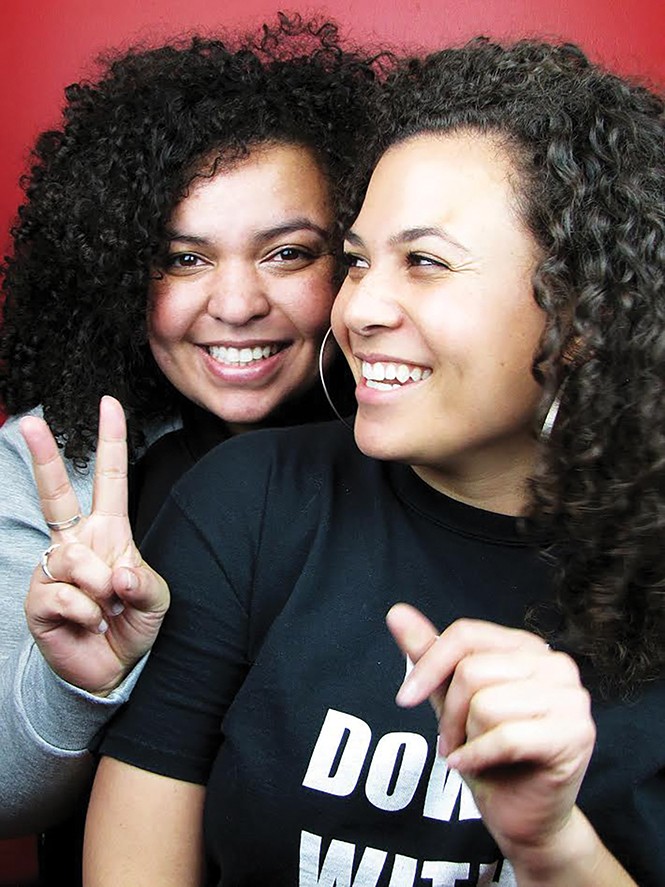 Sisters Camille and Alicia Washington are co-directors of Ogden-based Good Company Theatre. Their current production, Marie Antoinette, marks the company's debut in its new location at 2402 Wall Ave. in Ogden.


What was the inspiration for launching Good Company—and why in Ogden?
Alicia: Throughout college, I attended productions outside of Utah that presented theater in a different way than I'd ever experienced. After college, I found myself looking for a space that allowed theater to be experienced in a different way than what was being offered here in Utah. So, when the spark to start something myself became a flame, Ogden was a no-brainer.

Camille: Ogden is a theater town from way back. There were small-stage productions downtown in the early 20th century, and Drama Club of Ogden has been around for over 100 years. It's fun to add to that history.

What challenges involved with running a theater company were most unexpected when you began?
C: I have a visual-arts administration background, so everything was pretty new. What took me by surprise is how much actors and technicians are expected to do for little or no money, especially at a non-equity or community level. Many actors new to GCT are surprised when we offer them modest stipends.

A: I can put up a show with my eyes closed, but the administration side is shockingly time intensive. Camille and I do everything, from marketing to set design to janitorial work. The work load is immense, but immensely satisfying.

What was the reason for moving to the new location?
A: GCT was ready to move into a facility that was more accessible for all of us, from having a rehearsal studio to minimize the gap between productions, to storage space, to higher ceilings for a better lighting grid. The new facility will help us achieve the level of professionalism we want to reach. And more bathrooms. We needed more than one bathroom.

C: Our new location is a dream. ... Five years was the perfect amount of time at our old space. In 2012, we were just hoping people would show up. Growth is a gift.