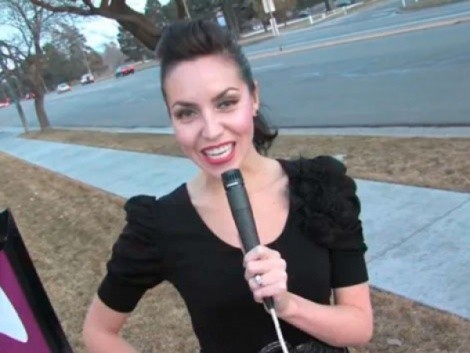 Do you dare step behind the closed doors into the backroom of a novelty store to look at sex toys, gifts, enhancers and enchanters? Maybe just a peek to see what’s back there? Some might feel dirty or ashamed — what if you run into a relative or a co-worker after purchasing a “package” (penis pump)?

Many enter knowing what they want; others are more shy. Blue Boutique employee “Grandma Janice” tells an anecdote: “A lady was [timidly] walking around for half an hour and finally asked, ‘Do you sell vibrators?’ So, I said, ‘Do you want new or used?’ (laughs). You’ve got to break the ice somehow.”

Sex toys have evolved from the cheap, flimsy plastic of yesteryear to sensual, soft jelly rubber for both men and women.

Some toys have embraced technology and can be controlled from a cellphone or made to vibrate to the beat of an iPod song.

Despite the new bells and whistles (and double-dongs and furry cuffs), the industry continues to upset and offend the defenders of decency. Residents rallied and spoke out against Blue Boutique’s relocation to a more residential stretch east of 1300 East in Sugar House, citing concerns that adult toys, in particular, debased community standards.

The industry also is highly regulated in Utah, with many cities requiring adult shops to keep the sex-toy displays walled off and in a space no larger than 15 percent of their floor space. Rules as to what can be sold are frequently misunderstood, unless you consult an attorney, says Vicki Predari, owner of The Keyhole in West Valley City. “You don’t know what the laws are until you break them,” she says. “They aren’t real precise.”

The vagueness applies to pornography as well. Brent Reid, owner of South Salt Lake’s All for Love, says that he tries to operate within the letter of the law, but if some folks bought a video and said, “Oh, my goodness! Those people are having sex!” and took it to the district attorney, he’s not sure how it would play out.

Despite their provocative product lines, these business owners believe what they sell helps couples improve their sexual relationships and intimacy. To that end, here are a few of their picks to get your love life out of the doldrums.