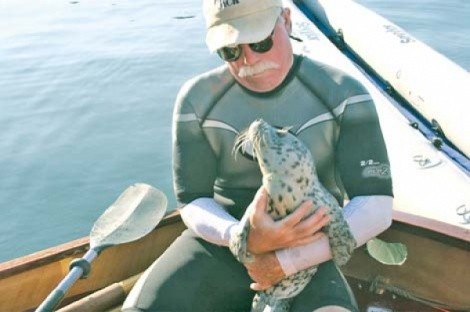 I always saw the paper as a way to tell stories nobody else would tell. I always used it as a way to give a voice to the voiceless, or to keep the spotlight on things that the local powers would just as soon want swept under the rug, or simply forgotten about due to the embarrassment factor.

Back East, they call it “juice.” If you have it, you have access to power. If you don’t have it, where do you really have to turn to when the connected run rampant over the generally juice-less?

This view of how I thought the paper could be grown as a counter-voice goes back to the first time I met Saltas in his dingy Midvale backshop, pasting up an edition of The Private Eye. I offered him a story about the end of Phil Riesen’s career as a news anchor at KTVX and he bit. “Why Phil Fell” was the first of I have no idea how many cover stories or columns I wrote for the paper.

In hindsight, who really cared why a TV anchor got the ax? But, it was a provocative media story at the time and another piece of the start in increasing attention for the Private Eye.

Looking back, some of the stuff I did was worth all the time, effort and subsequent abuse received. Much more was not. In some cases, individuals who had been wronged got some measure of justice. In other cases, they did not.

I suppose the common thing was we kept trying and we were simply there, which in and of itself offered some fallback for the “juice-less.”

I don’t think celebrating milestones is such a great thing to do in the newspaper business. A newspaper is really only as good as each edition it publishes.

I do think alternative outlets of information that offer provocative views into what makes a city or region tick the way it does are more important than ever. And, regardless of the Internet’s prominence, there will always be something more substantial about holding a piece of printed copy in your hands.

The City Weekly can still be a vital part of the conversation. It might take a re-commitment. It certainly will take a vow to never again publish anything like the April Fools thing it did this year. Now that was a waste of trees.

John Harrington is now a research journalist working on global technology issues and is currently based in Europe.