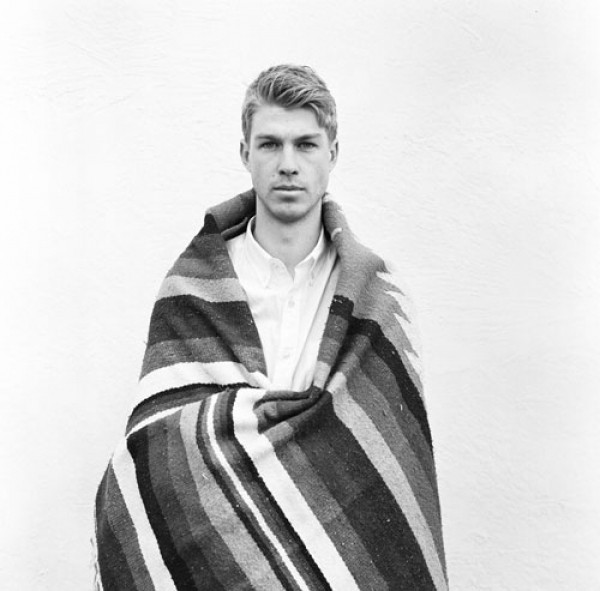 With its biting cold, crystalline ice, blowing snow and early gathering darkness, winter has a strange, magical power. When local musician Evan Blades Jolley experienced a Scandinavian winter while working on a farm in rural Norway, it inspired him to begin a music project, called Gothen, which released its orchestral self-titled debut album in September.

On the western coast of Norway, north of the city of Stavanger, Jolley lived on a farm that raised sheep and pigs. From October to December 2010, he worked long hours, tending the animals and vegetable patches. Without a cell phone, and cut off from any social media, the isolation and loneliness was sharply felt. To counter those feelings, he turned to writing music. First, he says, “I wrote a lot of poetry,” and then, using only an acoustic guitar and a tape recorder, began putting those words to music.

Before his time in Scandinavia, Jolley had dabbled in writing and playing music with his friends. “We used to do songs as the Lord of the Rings characters … we just always were joking,” he says. But it wasn’t until he traveled to Norway that he began taking writing music seriously, inspired by the mythology, history and physical landscape of the location.

On the farm, the sun would rise around 9 a.m. and set around 3 p.m. “The midwinter darkness,” Jolley says, “was a major inspiration in the themes I was working on at the time.” The extremely short days and long nights, combined with his almost total removal from digital distractions, made a highly focused creative atmosphere. “When you’re just totally isolated … [writing is] really just all you have,” he says.

Jolley was also enamored with the area’s folklore—“darker stuff … magic stuff, witches,” he says—and rich history. Among the sites he visited were several Viking graves, as well as “one of the first inhabited caves in all of northern Europe,” with “little etchings and stuff,” he says. Jolley also spent time in Gothenburg in southern Sweden, an area also known as GÃ¶taland, home of the ancient tribe of people called the Goths, who became the namesake of the band he created when he returned to the United States. The word “Gothen,” Jolley says, “sort of embodied the whole trip for me.”

Gothen’s sound has “changed a lot since then, because I haven’t been in Scandinavia in a long time,” Jolley says, but that area’s aesthetic was the impetus for the project. It began as a conventional “band,” with Jolley playing with a few friends, but when that didn’t work out, he struck out on his own. Jolley—who sings and plays guitar and piano—discovered more artistic freedom by working as a solo musician: “I found it to be way easier to just do things completely on my own and have people help me,” he says.

Almost exactly a year ago, Jolley began the “long process” of recording his debut album, a sprawling, often ethereal nine-track beauty that waxes and wanes between periods of throbbing stillness and sparkling bursts of rich instrumentation, with mellow but powerful vocals. Tracks “Mong York” and “Western Captive, Forest Born” stand out especially; they’re stunningly layered, yet cohesive, and show Jolley’s love for ’60s folk music. He chose to keep the album significantly acoustic—with the exception of very slight touches of electric guitar and keyboard—because he “wanted it to be more timeless.”

Recorded at Provo’s Black Pyramid Recording and Snow College in Ephraim, the gorgeous baroque/indie-rock album features a wide variety of horns, stringed instruments, percussion and woodwinds played by a large group of collaborating musicians, notably Logan Hone (Bright Whistles), who did all the string arrangements.

Between Jolley—who doesn’t read musical notation—and Hone, the two artists had a stimulating give and take throughout the writing process. “I would give him an idea, and then we’d get together and extrapolate how we’d want it to be in strings,” Jolley says. “But he’s got this incredible sense of timing—he’s a jazz musician—so it was a lot of really cool timing things being weaved in and out of the songs. Whereas I love making melodies and different parts.”

Jolley emphasizes that the lengthy recording process was arduous. “We did things the longest way you could’ve done it, roundabout way, because I just didn’t have any experience,” he says. “But we still got it done.”

It’s fitting that a musical project born out of solitude and isolation remains the realm of only one musician. For Jolley, being a solo musician tends to be a double-edged sword, but he finds that the freedom to write as he pleases outweighs the pressure of making creative choices on his own.