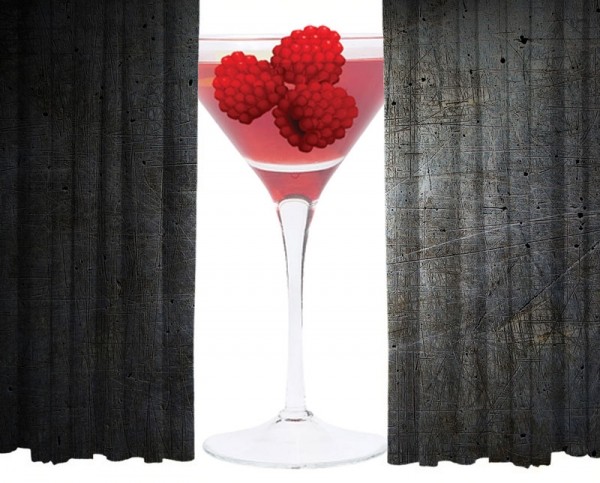 Well, I’ll be!! If there’s a surer sign that one should never judge a cover by its books it is this: Myself and Utah Speaker of the House Becky Lockhart see eye to eye on a legislative issue. On the night of Jan. 27, the speaker—who has been roundly mocked on these pages many times—delivered an opening-session speech that has everyone a-talkin’. Not only did she lay down the traditional proposed course and priorities—including ridding Utah restaurants of the Zion Curtain barriers—for this year’s session, she busted protocol and let current Gov. Gary Herbert know in no uncertain terms that she plans on making him known as “former” Gov. Gary Herbert come next election.

But I can’t see myself voting for her under any circumstance shy of a large bribe (two Utah Jazz tickets and the chance to meet a beer-drinking Jazz dancer) or of having the threatening heel of a Macy’s peep-toe pump set to crush my little toe. She also hails from Utah County, which I’ve grown to regard as the place where idealism goes to die, and where the cocktail of fear and religious bias go to thrive. I say that last part with a bit of pining regret, as I really would like to like Utah County, but simply do not. After all, my great-great-grandfather, Mormon Battalion member, friend of Brigham Young (probably drinking buddies) and future polygamist, Matthew Caldwell, built the first log cabin in American Fork and was the first mayor of Spanish Fork.

That reminds me. I’m having a nostalgia moment—remember the good old days when Gary Herbert was pretty much forced onto the ticket with Jon Huntsman Jr. because Herbert (also a Utah County laddie) lent that ballot the far-right credentials that would allow Utah Republicans to go ahead and vote for the moderate and sensible Huntsman? Now Herbert is seen as an Obama lover. God Bless the Utah County Republican Caucus! There is already a rumor floating that if Becky softens too, they will recruit Ted Nugent to move to Springdale under the guise of opening a road-kill diner in order to earn his Utah County citizenship.

She may never toss down some Mountain Dew in the governor’s mansion, but I like Becky today because she’s standing up to the Republican boy brats who run things. And this paper has always liked underdogs. It’s good to see that fight, and it’s good to see a Republican woman step up as opposed to being stepped on. She won’t be Utah’s first female governor—Olene Walker holds that distinction, ascending to Utah governor when Mike Leavitt left that post for Washington, D.C., pastures even slimier than the ones he was comfortable in here at home.

But Olene couldn’t crack the old-boy code and was not on the ballot come next election—Jon Huntsman Jr. and Gary Herbert were. It’s just as well—she was too nice and too smart. Becky is more willing to show her claws—did you witness her facial expressions when she was delivering her zingers to Herbert? And, fair or not, the rap on Lockhart hasn’t been ambition, but smarts. She may be a member of Mensa, but she doesn’t come across as such. That’s small potatoes, though—the litmus test for today’s politicians is not their IQ but their MQ: their meanness quotient. She looks too nice to be mean, but I think she can do mean (see Sarah Palin).

Mean or not, she sure has my support on the issue of Utah’s stupid Zion Curtains—those useless barriers that block the view of a cocktail being mixed, but do not block the view of said cocktail being served or consumed. Utah deserves a liquor policy that focuses on several key items: no bootlegging, no serving minors, no overconsumption, no serving after hours, stricter penalties for drunk driving—each aimed at getting drunken drivers off the streets. The Zion Curtain does none of that.

Last week, a drunk driver rammed into the rear of another vehicle on 5400 South, killing a 3-year-old child. Instead of writing laws that would keep that driver out of society forever, Utah has been measuring ounces, scanning I.D.s, adjudicating on what constitutes a table or bar, and wringing hands over where a restaurant can operate or how many club licenses should be available. The guy driving that car while drunk needs some serious prison time—but he shouldn’t have been on the streets, either.

Therefore, the guilt is not just on him, but on the gutless legislators (like Sen. John Valentine of Orem, who made the Zion Curtain even more dumb after his family was tortured into viewing a working bartender at a Chili’s Restaurant) and even on the LDS Church, which focuses on preachy PR speeches (like the one delivered just prior to this session by D. Todd Christofferson, a member of the Quorum of the Twelve) that nonsensically and without data imply that the Zion Curtain curtails drinking and influences kids not to drink. Bull.

However, Valentine and Christofferson can prove they really are sincere by legislating Utah’s largest beer garden: the Delta Center. A rhetorical question, but have you been to a Jazz game lately, Mr. Valentine? Did your free ticket make you blind? See all that beer? See all those kids?

Therefore—Becky Lockhart for governor! Her bold honesty is refreshing and she’s spot-on with this issue.