Making up your mind before the movie 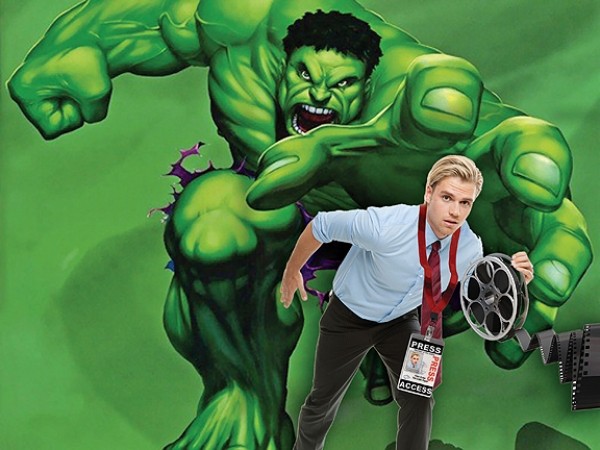 On April 20, Box Office Magazine published online Amy Nicholson’s review of the blockbuster The Avengers. At the time, it was the only review aggregated by RottenTomatoes.com that did not bear the “fresh” stamp of quality. And 380 comments later, it’s an object lesson in how much the way we watch movies is a function of what we expect to see in them.

The online commenters sneered and jeered at Nicholson, questioning her credibility and whether or not the less-than-glowing review was simply a troll to attract views in a sea of otherwise glowing advance praise for The Avengers (which, if it were, succeeded spectacularly). But in case there’s any confusion about the math, the review was published two full weeks before The Avengers was released in North America on May 4, and even a week before its earlier release in some foreign territories. Virtually no one had actually seen the movie yet, but that didn’t stop anyone from having an opinion about whether someone who was unimpressed must be incompetent or disingenuous.

The phenomenon was explained largely in “fanboy” terms—namely, that the comic-book audience was flexing its muscle at anyone who dared question the awesomeness of The Avengers. While the level and vehemence of the response may be unique, however, the general nature of the response was not. A group of people had decided in advance that this movie was going to be amazing, based almost entirely on their pre-existing prejudices; any dissent from that perspective must indicate that “they don’t get it.”

It’s impossible to avoid the indicators that, more than anything else, moviegoers build their viewing not around any sense of discovery, but around the comfort of seeing what they’ve already decided they’re going to enjoy. While critics bitch about trailers and commercials that reveal every possible plot point of an upcoming release, those marketing tools exist because they feed the general public’s preference that they not be surprised, since apparently an expected mediocrity is preferable to a zigs-when-you-thought-it-would-zag disappointment. The CinemaScore polls of opening-weekend moviegoers consistently find viewers giving movies grades of B or higher, indicating that those who are most eager to see a new release right away generally wind up satisfied.

This concept was reinforced by a highly publicized August 2011 study from the University of California-San Diego, where researchers looked into the effect on readers of knowing the outcome of a story in advance of reading it. The results indicated that those who knew how the story would end actually—spoiler alert!—ended up enjoying the story more than those who didn’t know the ending. These results were quickly extrapolated to movies, in a way that made critics cringe: If you want to make people happy, let them know exactly what they’re going to get, and give it to ’em.

Yet critics aren’t immune to the same basic phenomenon. The preconceptions and preferences we bring to viewing experiences are different, but they still exist. Watching hundreds of movies a year changes our cinematic palates in the same way that a connoisseur of fine food can no longer stomach crappy fast food. We also find ourselves tuned in to the marketing machinery of a film much earlier, and can begin building either anticipation or dread that calcifies in a way that colors our experience. There is no “objective” reaction to a work of art, even popular art—and critics aren’t doing their audiences any favors by failing to acknowledge their own biases whenever they can identify them.

But that’s the funny thing about biases: After long enough, for most people they simply start to feel like The Truth. Whether it’s a political or social issue, or your favorite book, movie or TV show, you’re the one who sees things clearly, while it’s the other guy who’s being swayed by propaganda, or is simply too stupid or ill-informed to “get it.” Terms like “underrated” and “overrated” become shorthand for “I’m right and they’re wrong.” I copped to my own comic-book geek anticipation as part of my enthusiastic reaction to The Avengers, but that doesn’t make my experience less legitimate than that of someone who couldn’t tell Captain America from Captain Crunch, and was only “meh” on the movie. Nor does it make the reaction of “fans” to Twilight or The Hunger Games any more legitimate than those of the uninitiated, except perhaps to the movie studios’ accounting departments.

Nobody needs to apologize for an opinion about a movie. It’s simply smart to understand where it comes from, and how much of the stuff you love or hate at the movies exists in your head, rather than on the screen.Â