Records Reboot: Technology could be the answer to privacy, transparency concerns. 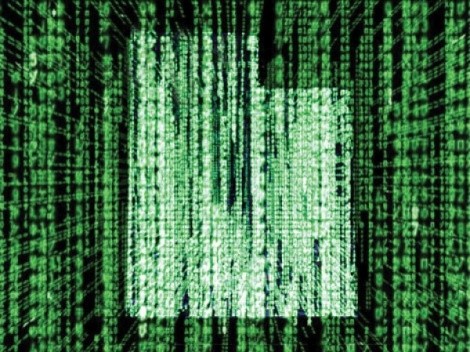 GRAMA, Utah’s 1991 Government Records Access and Management Act, is old—old, tired and not able to get around like she used to anymore. Or, at least, that’s what many legislators said late in the 2011 session when they rushed House Bill 477 through the Legislature. The bill was designed to rewrite the law to shield more government communications from disclosure and shift the cost burden for records requests away from the government and onto the public—essentially, to pull the plug on GRAMA.


But now with HB477 recalled in a special March 25 legislative session, a working group of media, lawmakers and citizens are prepared to revive GRAMA—and rebuild her. Two concerns struck techies in the group as bugs that could have simple fixes. First, lawmakers' privacy concerns between and them their constituents, and second, the costs of records requests. Techies thought privacy concerns could be dealt with through automation and costs constrained by digitizing all records and making them searchable.

“Can we put money toward an amazing citizen-friendly database?” asks Sen. Steve Urquhart, R-St. George, a member of the working group. “Can we make something out of this [HB477] debacle?”

Addressing new technology was a critical factor in the bill, especially since forms of communication like Twitter and Facebook had not been invented when GRAMA was passed in 1991.

Jesse Stay, a social media author and entrepreneur on the working group, asked why legislators shouldn’t just have all their information automatically uploaded to the Internet, including communications from their taxpayer-funded phones. Sen. Curtis Bramble, R-Provo, who works as a certified public accountant, shot back that current law says records from any e-mail or device legislators use are subject to GRAMA, potentially including communications between him and his tax clients.

“How would you like your tax returns to end up on the front page of The Salt Lake Tribune?” Bramble asked.

Still, Stay argued that privacy filtering technology used by social media like Facebook could be implemented and suggested legislators “ought to keep public information on public devices and private information on private devices.”

Phil Windley, another member of the group who could not attend the first meeting, sees limits in technology’s ability to fix the privacy issue.

“There is a huge role for technology to play in making government more transparent,” Windley says. “But I don’t believe necessarily all of the problems can be solved by technology—especially the stickiest problems.” As a web entrepreneur who created the Utah Politics Twitter feed and previously served as the chief information officer for state government under former Gov. Michael Leavitt, he says exemptions for private devices or channels of communication for government officials will simply direct confidential communications through those channels—be they personal communications between legislators and their families or special interests trading favors for votes.

Windley worries that privacy concerns could discourage citizens from public service but also admits that GRAMA’s current system—which allows for internal review of documents and an appeals process to the State Records Committee and possibly to the courts if necessary—may still be the best. “I don’t think that’s necessarily broken,” Windley says.

What Windley does consider broken is the notion that GRAMA is the key to open government.
“Frankly, I think GRAMA is the worst way we can get a transparent government,” Windley says. “If someone is going to give you a GRAMA request and because of that request, you give the data back to them—well, why isn’t that data just available on your Website?”

The “e-government” concept is one liked by other members of the group who believe the way to save tax dollars spent on GRAMA could be done by making more inspection reports, discipline files and other documents accessible online, as opposed to being available only through time-consuming requests, which often involve agencies collecting and printing information they’ve already stored internally in an electronic format.

“Just about everything you can think of is electronic. The need to print it out on paper is counterproductive,” says Linda Petersen, a group member who is also director of the Utah Foundation for Open Government as well as editor of the Valley Journals. “It also shows how myopic and one-sided the government is about technology—it’s great for collecting data they want, but why not make things more open for citizens?”

Nationwide, Utah’s state government has earned high ranks for opening up citizen access to state government including receiving one of only two A grades from The Center for Digital Government for progress in digital government transparency for 2010. But Urquhart thinks more can be done to bring all of Utah’s government agencies, from school districts to the Legislature, into the digital future.

“Let’s digitize tons of this stuff,” Urquhart says. “Wouldn’t that be great for our citizens if [government] minutes, handouts and presentations all went automatically into a database, without someone having to request it?”

Making the digital jump could be difficult for local governments, but Urquhart believes it’s an easy sell as long as the investment doesn’t force cities and counties to raise taxes. He also believes the state could save costs by expanding on existing resources like the public meeting notices Website, which currently gathers and lists agendas for government meetings. Urquhart says that template could be enhanced to upload government documents from all government meetings.

“Say you open up data on parking tickets and with that data, someone becomes aware of a need for more taxis in an area of the city—then all of a sudden, a new business opportunity has popped up,” Aro says. She also points out that digitizing government is not necessarily cost prohibitive, citing the example of Albany, Ore., which recently received national recognition for digital government innovations. For little cost, the city created, among other efforts, a citizens' “dashboard” that put internal city accounting information online, and a property-tax calculator that uses city revenue numbers and information from county assessors to let citizens calculate how much of their personal property taxes goes toward various public services.

With Utah’s working group now having time to study the issue, Urquhart is excited to study how to reboot GRAMA.

“I’m an optimist that we can turn this [HB477] trainwreck into something wonderful,” Urquhart says. “I’m a huge believer in the legislative process, and now that we have a lot of eyes focusing on this, it should lead us to something spectacular.”