Summer is the time for all-star lineups in music festivals, baseball games and the Utah Shakespeare Festival in Cedar City. The roster for the 53rd edition of the summer-theater celebration features not only the Bard, but also a couple of other English-language heavy hitters by Jane Austen and Stephen Sondheim. With the ability to see six productions in three days, there's something for everybody from Bard beginners to musical enthusiasts and Shakespeare pros.

Into the Woods, Sense and Sensibility and Twelfth Night play in the air-conditioned comfort of the Randall L. Jones Theatre, while Measure for Measure, The Comedy of Errors and Henry IV, Part One can all be viewed in the under-the-stars setting of the Adams Shakespearean Theatre. 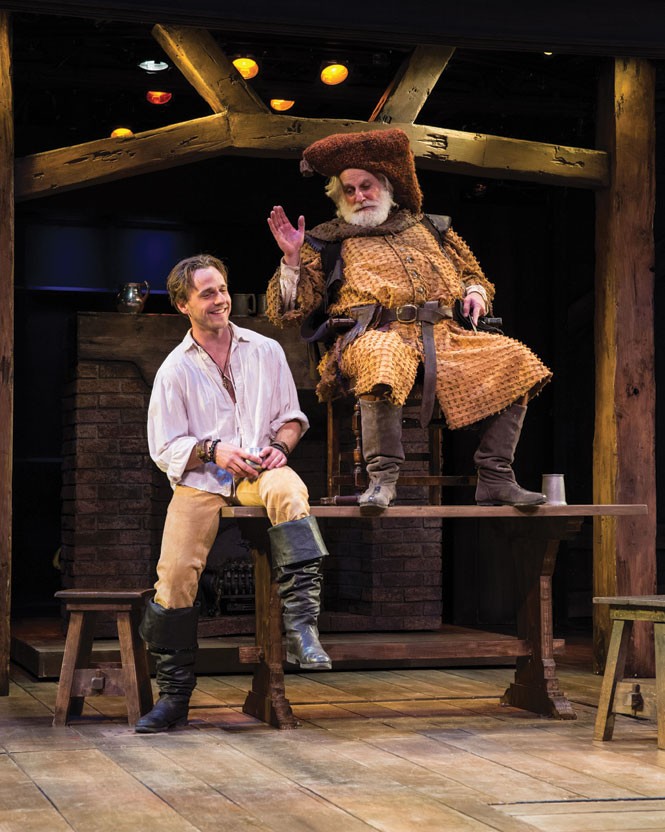 Henry IV, Part One
Although the play is named for his father, this is the first of three works following Prince Hal on his arc from playboy to warrior to King Henry V, with John Falstaff along to provide comic relief. It's Shakespeare at his finest, with a parade of complex characters inspiring ambivalent responses: Heroes who don't always behave honorably. Villains who have a point about why they're angry. A vain coward we can all identify with.

Sam Ashdown as Prince Hal ably handles the duality of his character—wanting to be a party animal, while also recognizing he's got a duty ahead of him that rises to the level of "going down in history." Ashdown lets the audience see young Henry breaking through from one to the other throughout the evening. Hopefully he'll stick around for Henry IV, Part Two and Henry V as the festival continues its Complete the Canon project of performing all 38 Shakespeare plays through 2023.

Twelfth Night
What's a Shakespeare Festival without some confusion and cross-dressing? Nell Geisslinger, in the role of Viola dressed up as Cesario, is so well-played and likable that not only does Lady Olivia fall for her, but so does the audience.

Quinn Mattfeld—who was a highlight performer of the 2013 festival as the Black Stache in Peter & the Star Catcher—has traded in his facial hair for a curly blond wig, but is no less hilarious with his physical humor, facial expressions and connection with the audience as the clueless Sir Andrew Aguecheek. This is the most "musical" of Shakespeare's plays, with songs and musicians on stage to go with the wit, humor and mix-ups.

The Comedy of Errors
This is the perfect play for Shakespeare virgins. Even a mediocre writer can squeeze humor out of two sets of identical twins who don't know the others exist, but this is the Bard we're talking about. The whole thing comes in at just over two hours—including intermission—and is made all the more accessible by having this production set in San Francisco circa the Gold Rush era of 1849. The hijinks are highlighted by the slapstick performances of Aaron Gallaghan-Stierle and Misha Fristensky as twin Dromios.

Into the Woods
Ever wonder what happened to fairy tale characters after the "happily ever after?" Who better to lead us on a musical journey covering those stories than Stephen Sondheim?

Deanna Ott as Little Red clearly stands out as a crowd favorite. Brian Vaughn—one of the festival's artistic directors—and Melinda Pfundstein do well as The Baker and The Baker's Wife. Cinderella, Rapunzel and Jack (the one who grew the beanstalk) tell an entertaining story with fun character cameos thrown in. Woods is light and airy at times, but more often gives a dark Brothers Grimm-type version of the fairy tales rather than the shiny, polished endings of Disney lore.

Measure for Measure
This play can't really be classified as a comedy or a tragedy. Instead, it's a delightful combination of the two. Angelo, the duke's minister, acts with the zeal of the Utah Legislature in trying to protect the people of Vienna from their own base desires.

Sense and Sensibility
Jane Austen's masterwork about two impoverished sisters trying to find love during an age when a dowry is still required is one of the original rom-coms.