Green Guide: With Our Powers Combined

Community groups are saving the planet, one element at a time.

Twenty years ago, in the cartoon Captain Planet, a green-mulleted, blue-hued man’s fight to save the planet from pollution entertained the children who, as adults today, have reintroduced a sense of urgency into the environmental movement. Granted, the fight to save the planet didn’t end after its initial 1970s heyday, but the Reagan era certainly suppressed its mainstream appeal.

Every show began by saying, “Our world is in peril.

Gaia, the spirit of the Earth, can no longer stand the terrible destruction of our planet.” Five Planeteers from around the world each were given a magic ring, four harnessing the power of each of the elements and the fifth tapping the power of the heart. If needed, the Planeteers combined their powers to beckon Captain Planet.

Throughout Utah, many organizations have taken up the Planeteers’ mission, focusing on one of those five magic circles. Join the fight with one of them to make a mark, or find a group for every one of the rings of power and become a true Captain Planet. 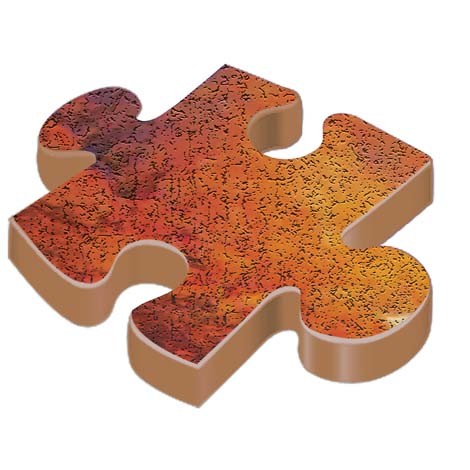 Urban farming is woven into in the founding of Salt Lake City. Historically, in the “Plot of Zion” planning grid, each city block was designed with houses around the perimeter and a community garden in the center. With rapid growth, the gardens were lost, but in 1989, visionaries incubated Wasatch Community Gardens at the Crossroads Urban Center, initially planned to be a carp fishery. Since then, the program has steadily grown and now offers many wide-ranging programs, from seed storage and canning to gardening and cooking classes. WCG is also working with the city’s Open Spaces program to make more land available for food production.

“People want to connect with their neighbors,” says executive director Claire Uno, who says there’s no one gardener demographic—students, families, refugees and senior citizens often work side by side in the community plots. Gardening gains popularity in times of crisis, so it’s become increasingly popular in the past couple of years. Beyond the recession, however, Uno says there’s been a paradigm shift: People want more intimate connection with their food and nature. And, with Utah boasting the country’s second-worst soil, growing veggies here means that you can grow them anywhere.

Save Our Canyons
68 S. Main
801-363-7283
SaveOurCanyons.org
Save Our Canyons—the area’s first environmental activist organization—has been defending undeveloped land and advocating nature conservancy in the Wasatch canyons since 1972. It helped create Utah’s first wilderness area, Lone Peak, in 1978, and in 1984, Twin Peaks and Mount Olympus areas were also designated. Currently, SOC is working with U.S. Rep. Jim Matheson, D-Utah, to expand the existing wilderness areas and create a new one encompassing the north side of Millcreek Canyon.

Additionally, SOC is the watchdog for sneaky landusers and developers, especially at the local government level. At day’s end, its mission can’t be accomplished without an educated and activated population. So, it is constantly reaching out and teaching, with KRCL 90.9 FM news briefs, the Westminster Wasatch Front Forum and local environmental discussions. And, it practices what it preaches, cleaning and working miles of trail every year. This summer, SOC will focus on American Fork Canyon.

From securing children in car seats to childproofing homes to providing a balanced diet for their broods, moms are plenty busy. But that wasn’t enough for several multitasking mamas who took a very effective stance against pollution. “We’ve altered the conversations about air quality; it’s now a kitchen-table topic. Above all, we’re moms defending our children. Period,” says Cherise Udell, founder of Utah Moms for Clean Air. During its first year in 2008, aided by state Rep. Christine Johnson, D-Salt Lake City, the organization was able to pass a bill to retrofit all of Utah’s school buses to produce lower emissions; now, the fleet’s all cleaned up. This year, UMFCA is launching a Four Seasons Campaign to target the unique pollutants and potential air problems for each season. Moms, obviously, know best.

BlueSky Energy Program
Rocky Mountain Power
888-221-7070
RockyMountainPower.net/env/bsre.html
You can support renewable energy for less than $2 a month ... although that might sound like an infomercial, it isn’t. We’re talking about the Blue Sky energy program, offered by Rocky Mountain Power. OK, so corporations are mostly what Captain Planet fought against, but at least RMP offers the masses— more than 31,000 in Utah, Wyoming and Idaho—an opportunity to vote with their dollar by supporting renewable energy.

That entails buying a minimum of one 100-kilowatthour block for $1.95, and upward from there. The money goes toward purchasing Green-e Energycertified renewable-energy certificates from windenergy facilities in the region. There’s no way for that specific wind-generated energy to go directly to the purchaser’s house; think of it as a donation and pledge for the greater good. Those Blue Sky bucks also fund and support small-scale, local-community developments of certified renewable-energy sources, such as wind, solar and geothermal.