Patios: Talk of the Town
The Green Pig Pub (31 E. 400 South) is carrying on the same awesome vibe that made Port O’Call’s rooftop experience so epic with its new view-of-the-city perch. Friday and Saturday nights feature some low-key acoustic solo performers, and during the rest of the week, the night air needs no additional accompaniment than the beers on tap.

W Lounge Send-Off Bash
The W Lounge (358 S. West Temple) has long hosted some killer bashes, but none more awesome than the one they will host when Mama Beatz heads back to New York. Durty Beatz is throwing the going-away party July 16 with JSJ, KidPlastik and MstrShredder on the wheels of plastic. Free before 10:30 p.m.

Karaoke Gets Real Rewarding
Someone in the Valley either imported, or created, a fun way to make the “sport” of karaoke even more awesome—PowerBall-erize that shit! And Ball-erize it they did. Both Club Allure (8925 S. 255 West) and The Tavernacle (201 E. 300 South) offer surprisingly large pots—up to $600—just for singing a song. No one is judged on talent, either; you could slaughter that Billy Idol song and still win—it’s a numbers game, just like a real lottery. If the random ball comes up with the number on the ticket you get for singing, you win the whole shebang.

Hukalicious
There has been a little controversy lately about the legality of indoor hookah smoking in Utah. One of the more visible businesses, Murray’s Huka Bar & Grill (151 E. 6100 South), has borne the brunt of protesting this encroachment from the fun police. But Huka is still around, still has smoking hot servers and is now offering a special Wednesday night “Wine Night/Ladies Night.” Also, the Huka Girls stop stoking your flames long enough to play some video mixes of their favorite songs and offer some very inexpensive wine options. 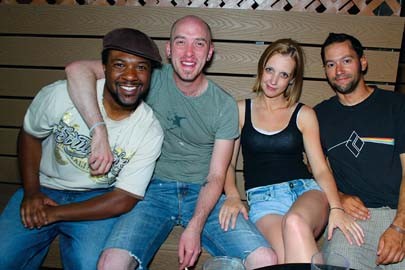 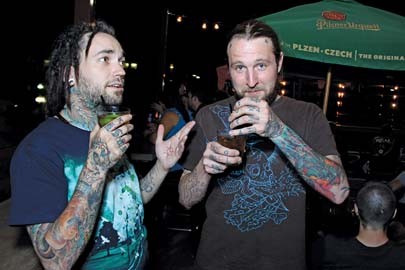