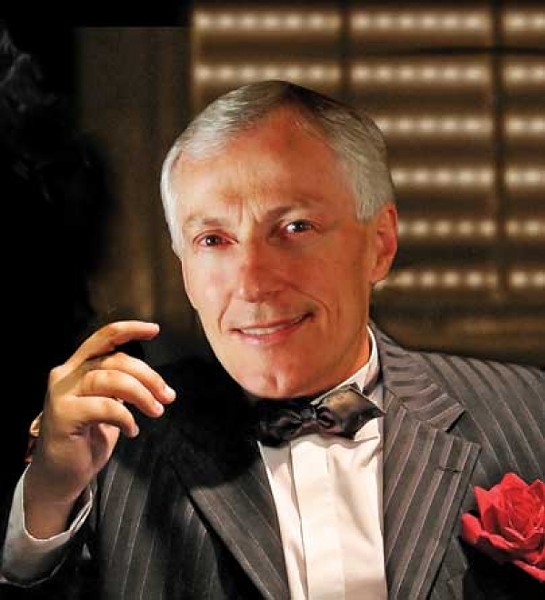 In late 2012, Palmer DePaulis, executive director of the Department of Human Services, decided to retire after 20 years in high-profile positions for the state. According to a letter he sent Utah Gov. Gary Herbert on Dec. 17, 2012, it wasn’t because of his age, but because of deep frustrations with Utah Lt. Gov. Greg Bell.


In his letter, which City Weekly accessed through a records request, DePaulis wrote that during the previous 12 months, “Lt. Governor Bell involved himself in a DCFS case in which he had a personal interest.” Despite DePaulis, who declined an interview request, telling Bell the case had been handled correctly, Bell ordered an audit that DePaulis “feared could influence our case.”


DePaulis’ fears did not come to pass but, he wrote, “I am now being undermined by the Lt. Governor and I believe that he will retaliate against me, and try to remove my DCFS director and other staff involved in this case.”


The governor’s chief of staff, Derek Miller, expressed surprise that DePaulis’ reason for retiring was his rocky relationship with Bell. “I have never heard the LG express anything other than a desire for state agencies to follow the law,” Miller wrote in an e-mail.

Now, however, records requests by City Weekly to the Department of Human Services reveal that the Davis County Attorney’s Office is concerned that Bell himself, and other members of his office, may have broken the law by commissioning an “informal” audit that was aimed at derailing a Child Protective Services (CPS) 2011 case that was investigating the daughter of one of Bell’s friends from an LDS ward for child abuse.


The county attorney is investigating complaints that by seeking to provide a publicly funded audit for his friend’s daughter to use in court as ammunition to discredit the state’s case against her, Bell stepped over the boundaries between the executive and judicial branches of government.


Davis County Attorney Troy Rawlings, responding to an interview request, noted in a three-page letter to City Weekly that no charges have yet been filed nor any individuals indicted. The complaints his office are looking at are that “governmental power and public monies were abused, outside the scope of legitimate authority, to thwart the outcome of a singular child abuse case.”


Rawlings revealed that pretrial pleadings in the daughter’s case indicated the audit was to be used as a “defense tool,” a plan apparently sunk by the county attorney’s investigation, which led to the audit being “pulled back or minimalized.” Communications from Bell and the auditors he hired led DePaulis, state agency employees and contracted medical providers involved with the child-abuse case to feel “concern” for the future of their jobs and contracts.

It’s not only Rawlings’ office that is looking at the audit. The Federal Bureau of Investigation is “providing support and assistance,” Rawlings noted. An FBI spokesperson did not respond to a request for comment on its role in the investigation, which dates back to November 2011. If what Rawlings said is correct, Bell is now the second elected state official that the FBI is known to be investigating, along with Attorney General John Swallow.


The Lt. Governor’s Office’s defense, according to Rawlings, is that it was using both money and the office’s power to “vet a constituent complaint into the actions and decisions of employees of two state agencies [CPS and the Attorney General’s Office], as well as those community partner medical providers who were sharing medical information with the two agencies.” The audit, as far as Bell’s office was concerned, was aimed at reviewing policies and procedures relating to the type of child-abuse allegations that CPS had been investigating, and was within the parameters of performance audits allowed by both the Utah code and Utah State constitution.


Both Bell and Herbert declined requests for interviews. Questions relating to the criminal investigation, the cost of the audit and whether Bell still retained Herbert’s confidence were also e-mailed to the Governor’s Office. Public information officer Nate McDonald responded, “We are not able to comment on personnel matters.”


The Governor’s Office did comment on the audit in 2012. Then-spokeswoman Ally Isom supported Bell’s efforts in an Oct. 15, 2012, e-mail, saying that making sure a state agency is following internal policies and procedures through a taxpayer-funded audit is “more than appropriate.”


News of the criminal investigation came to light through an e-mail from Rawlings to CPS staff seeking information on the audit, which City Weekly obtained through a DHS records request. That request also revealed how Bell’s audit generated concern among staff of several state agencies, and that it cost a considerable, yet unknown, amount of taxpayer money in the process.


The City Weekly cover story “An Audit They Couldn’t Refuse” [Oct. 18, 2012] detailed how Bell hired three auditors from other state agencies to audit the then-ongoing CPS investigation. The state auditor audits state and local government, while the auditor general’s 27-strong team handles audits requested by legislators. Bell’s audit did not go through either body, but was put together and directed by his own office.


David Irvine, of the citizens group Utahns for Ethical Government, notes that the lieutenant governor’s position is largely a ceremonial one, except for overseeing the state election. The power to direct or oversee state agencies has always been “held pretty close to a governor’s chest,” he says.


Irvine has no firsthand information on the audit, but he says what troubled him after reading the Oct. 18 City Weekly cover story was, “if the audit was supposedly legitimate, why was such an effort made to keep it from being an accessible public record?”


To Irvine, it seemed Bell’s team “was second-guessing the investigators, and in a manner that was intended to chill the investigators’ determination to go forward, let alone seek an enforcement order. It seemed to be a pretty naked power play.” Using an audit in such a way, he says, “is akin to turning the heavy artillery on an agency to get a surrender.”


The tensions generated by the audit were such that, at one point, according to an e-mail from the records, the Attorney General Office’s Laura Thompson, who represented CPS in court on Bell’s friend’s daughter’s case, “reached over the table, grabbed David Pulsipher [the lead auditor appointed by Bell] by the neck and shook him like a dog.”


While CPS staff worked on the child-abuse case, the lieutenant governor’s auditors worked alongside them in the Bountiful CPS office, even requesting to access data in SAFE, the agency’s classified database.


Other records show further strife caused by the audit. According to a Jan. 13, 2013, e-mail from a CPS caseworker to a co-worker, the caseworker had spent an hour with AG Thompson on concerns regarding what the caseworker felt were “irregularities with the audit,” such as that caseworkers were being told that “this is an informal audit but yet we were receiving complaints from some community partners they interviewed that they would use subpoena powers to obtain information.” The caseworker also noted that “we believed [the auditors] were sharing confidential information,” although with whom was redacted by DHS.


Despite Bell’s audit, the end result of the case was that Judge J. Mark Andrus removed the children from the home of Bell’s friend’s daughter.


City Weekly requested figures for how much the audit cost both the Lieutenant Governor’s Office and DHS. The Lieutenant Governor’s Office rejected the request for lack of specificity. DHS provided e-mails and a chart detailing that caseworkers and middle management spent 201.5 hours on the audit, totaling in salaried hours $6,764.50. DePaulis’ audit-dedicated hours were not accounted for.


One caseworker wrote in an e-mail, “It seems ridiculous, but it appears that the audit directly took up 60-70 hours of my time. Who knows how much time was spent on dealing with issues created by the audit!”


The Attorney General’s Office was equally consumed by the audit. In a list of 13 meetings involving the office, compiled by Thompson at DHS’ request, numerous hours were clocked by Thompson and others in the AG’s office, including chief deputy Kirk Torgensen, and Bell and his staff, a member of the governor’s staff, the auditors and DHS staff.


UEG’s Irvine argues that the audit illustrated that Utah needs an effective code of ethics for elected officials. The lack of such a code means that “anyone in [positions of power] is subjected to the temptation to use the enormous power of their position in ways that if you step back and look at them are inappropriate.”