Inside state efforts to set quality standards for medical cannabis. 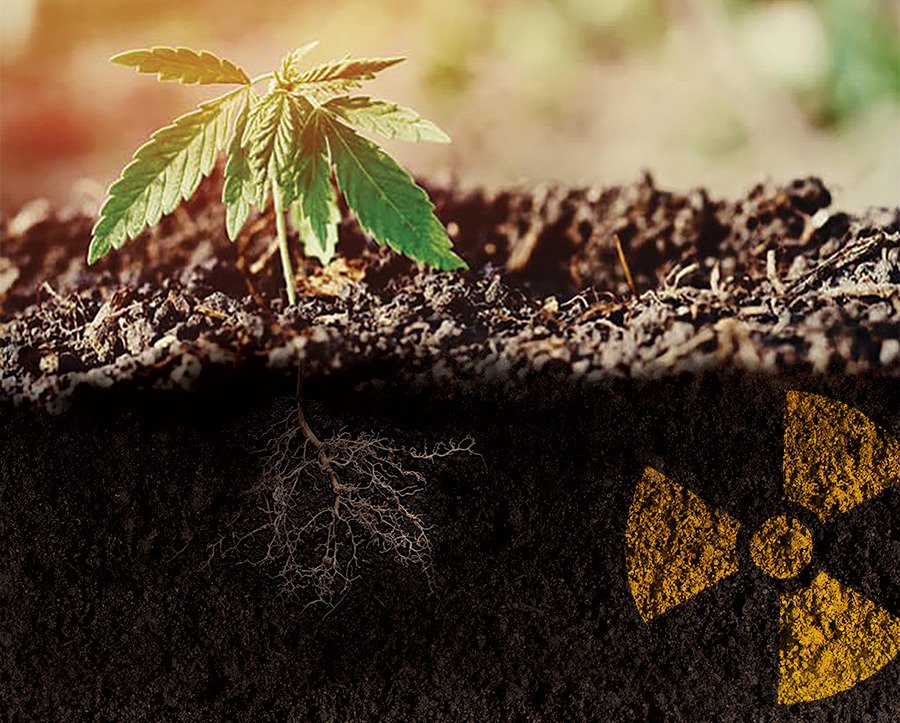 When medical cannabis starts going on sale across Utah early next year, card-carrying patients will have plenty of THC-infused products to choose from. According to the Utah Medical Cannabis Act—the controversial state bill passed in a special legislative session last year—anything from smokable flower to cannabis oils to "gelatinous rectangular cuboids" (aka weed lozenges) will be allowed to hit the market.

Still, before anyone gets a chance to roll a doctor-approved spliff or lick a psychoactive Jolly Rancher, state regulators will need to make sure Utahns are getting the best greens possible.

"This is a medicinal market and the lawmakers have been very adamant about, 'Look, if this is a medicine, then we're going to treat it like a medicine,'" Andrew Rigby, the director of medical cannabis and industrial hemp programs at the Utah Department of Agriculture and Food, tells City Weekly. "Therefore, quality is of the utmost priority."

Eight companies were awarded grow licenses last month. Since then, the Department of Agriculture has been busy developing standards to make sure what patients will be smoking, eating or otherwise ingesting isn't contaminated with unsafe pesticides or other toxins. Although the plant remains banned on the federal level, the growing popularity of cannabis as a commercial product means that states where medical and recreational cannabis are permitted must also draw up rules for quality and safety—just as they would with any other food or medicine.

"The state is essentially a partner, in a way, for every license-holder," Brandon Lynaugh, the spokesperson for Standard Wellness, an Ohio-based medical cannabis brand that was awarded one of the coveted licenses for cultivating in Utah, says in an interview. "Medical marijuana is one of the most regulated industries in the world. You have to have that type of partnership, that type of working relationship with the state. There's a tremendous amount of oversight for the right reasons."

To some, the idea of a state-backed effort to maintain cannabis quality might evoke images of bureaucrats in white lab coats, furrowing their brows as they take puffs from a doobie, documenting the effects of multivarious cannabis strains in dream journals embossed with the official state seal.

Rigby says this is definitely not how it will work here in Utah. The state wants to make sure the cannabis will meet certain standards—but officials won't be deciding on what strains to grow or products to sell.

"The state is not getting involved in that aspect of quality control," he says.

Last week, the Department of Agriculture held a public hearing to discuss quality assurance standards for the Utah market. In a conference room filled with poster-sized photos of farm animals and kids riding horses, a handful of members of the public—including attorneys representing grow companies—looked over a sheet of proposed rules outlining approved pesticides and limits on solvents and heavy metals in cannabis plants. The rules also covered licensing and operating procedures for privately owned labs, which the state will depend on for safety and quality testing of flower and other THC-based medicinals.

The hearing was sparsely attended and ended after just 15 minutes, with barely any public input. But even though it didn't command the same attention as previous government meetings about the state's medical cannabis market-in-the-making, experts emphasize that safety testing is a crucial step in preparing Mary Jane for public consumption.

"That's fundamental. We can't do without that, especially in the medical cannabis realm where consumers need this for their health," Tom Paskett, executive director of the Utah Cannabis Association, says.

"Any time you think that patient safety—which has to be paramount—is potentially at risk, you have to jump on that." —Brandon Lynaugh tweet this

For many fans of weed, the marijuana leaf has long been associated with free living. It's a plant, an herb, a blessed miracle from the earth—or so the idea goes.

Increasingly, cannabis has become a straight-up commercial product. Eleven states have now legalized it for recreational use, while 33 others have permitted it for medicinal purposes. Its growing ubiquity fuels a fast-growing market of THC-infused edibles, tinctures, topicals, waxes and greens of various qualities and price points. With this flush of merchandise comes a risk for oversights and product recalls, people in the industry say.

According to Paskett, even experienced cannabis growers face challenges. Mold is a constant concern, because it can gather on plants during the drying and curing process. Cannabis crops also easily absorb contents from the soil they're grown in—so if the soil is full of toxins like cadmium and lead, those compounds will contaminate the flower, the smokable part of the female plant.

"Soil composition is kind of a big deal in the cannabis cultivation world," Paskett says.

A different set of issues arise when cannabis companies use preservatives, additives and food ingredients to manufacture products like edibles and oils. Last month, Standard Wellness' Ohio operation scrambled to issue a recall for their THC-infused, water-soluble "Standard Drops" tincture when an employee noticed that the liquid was congealing, possibly due to the presence of a plant material.

As Lynaugh recalls, the company noticed the problem on a Friday night. By 8:30 the next morning, employees were sending out a voluntary recall notice to their trade partners and contacting patients to alert them of the issue. The company is now coordinating with Ohio officials as they adjust their formula and reevaluate their production process, including by adding new sterilization procedures for bottles and droppers, before they manufacture the drops again.

"It was an unfortunate issue and not something anyone wants to deal with at 11 o'clock on a Friday night, but it's important to jump on that," Lynaugh says. "Any time you think that patient safety—which has to be paramount—is potentially at risk, you have to jump on that."

The rules currently under review by the Utah Department of Agriculture and Food list pesticides that have been determined safe to use on cannabis crops. It also restricts the presence of potentially harmful heavy metals and solvents. If a cannabis sample doesn't pass muster in a lab test, the cultivation facility will be instructed to dispose of the entire batch or lot from which the sample came. If no public input leads to changes in the language, the rules will go into effect Wednesday, Aug. 21.

So far, it seems like these regulations don't have the same political or moral undertones as the state's famously strict alcohol laws. Utah places a limit on the percentage of alcohol allowed in beers sold in supermarkets, for example. Other states have taken a similar approach with the THC content of cannabis: Ohio follows a grading system that allows for two "tiers" of cannabis at different levels of potency. Texas is far stricter, only allowing CBD oils with a minuscule THC content of 0.3%, or 0.5% through its Compassionate Use program.

According to Rigby, the director of medical cannabis and industrial hemp programs, there are no rules in Utah governing the maximum level of THC permitted in flower buds or cannabis products. However, the Utah Medical Cannabis Act does not permit dabbing—or the smoking of ultra-high-concentrated doses of THC that are heated on a nail or other metal surface—as an acceptable way of using cannabis for medicinal purposes.

Rigby expects that Utah will have a limited supply of cannabis products available for patients beginning in March 2020. So far, he's heard from plenty of Utahns who have voiced concerns about whether the program will rise to the high-flying expectations of cannabis connoisseurs, but in the end, patients will have to accept what's available on the market.

"Cultivators grow the product that they think will sell ... The demand will be created by the patients," he says, adding with a sigh: "Some people have such high standards that it's like, 'Bro, that's not attainable.'"